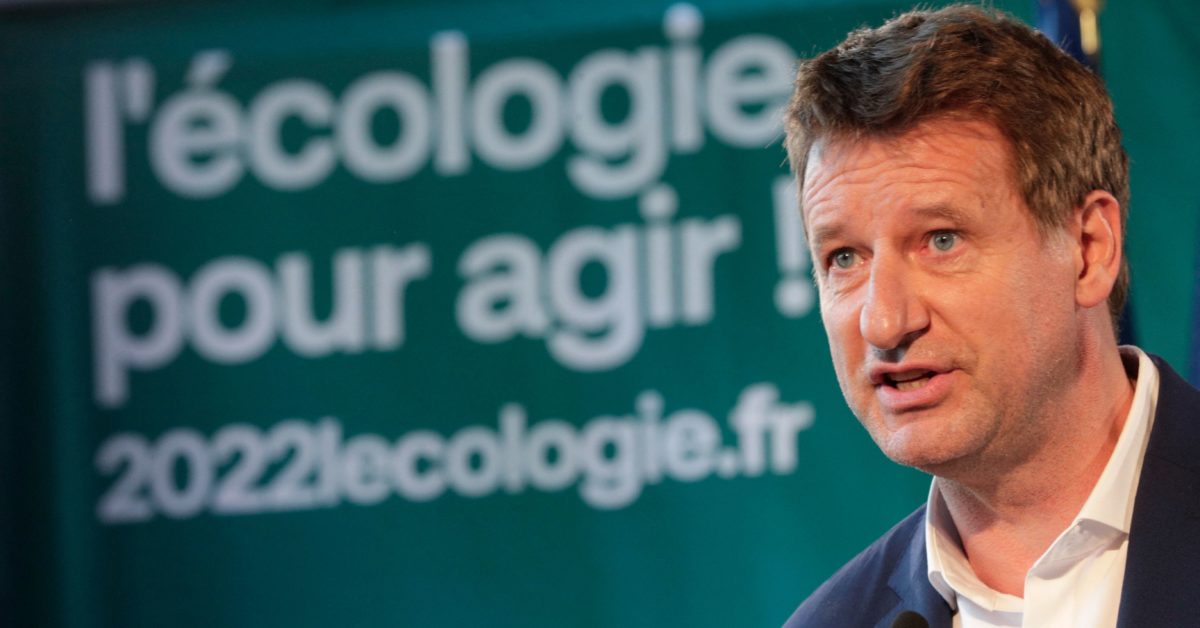 PARIS â€”Â French Greens narrowly chose MEP Yannick Jadot as their presidential candidate for the 2022 election on Tuesday, opting for the self-proclaimed pragmatist over the more radical platforms of his rival Sandrine Rousseau.

Jadot, who had campaigned on a balanced approach to implementing green policies while in government, won 51.03 percent of the votes, edging out Rousseau, an economist who had campaigned as an “eco-feminist,” calling for more dramatic changes. The pair had similarly been neck and neck in the first round of voting, winning 27.7 percent and 25.1 percent, respectively.

The four-day selection process that ended Tuesday was billed as a choice between their two visions for the green transition. But the close race, with 104,000 voters total, reveals that their supporters are still deeply divided on what approach to take.

Nevertheless, Rousseau congratulated Jadot for his win and pledged to campaign with him.

â€œIt is together that we are determined to carry this campaign and finally take environmentalism to the ElysÃ©e,â€ she declared in her concession speech. â€œTo all those who donâ€™t feel represented by the current political offering, this campaign showed that you are heard.”

In his acceptance speech, Jadot called on all green supporters to “unite, reaching beyond environmentalist movements so that we can go all the way to the ElysÃ©e,” Adding: â€œI will be the president for the climate.â€ He also promised an end to the use of pesticides and industrial livestock farming, as well as pledging investments in education and public services, and relocating more businesses to France.

Polls show his chances of making it to the ElysÃ©e, however, currently look slim. POLITICO’s Poll of Polls shows him winning just 6 percent of the first round of voting and therefore unable to make it to the second round, where incumbent Emmanuel Macron and the far-right National Rally’s Marine Le Pen are expected to ultimately duke it out.

Both Jadot and Rousseau agree on carbon taxation and massive public investment in sustainable transport, renewable energy and building renovations to boost make the country greener, as well as on universal basic income.

But Jadot is more moderate, backed by the party’s veteran members, including former presidential candidate Eva Joly and MEP Karima Delli, while Rousseau had called during the campaign for “radical” societal changes that go beyond basic climate policies, questioning capitalism itself.

In a bid to present himself as more presidential, Jadot said during the campaign to become the Green candidate that he aims to work with the business sector to help make industries greener and also wants to strengthen the Franco-German alliance by creating a “citizens’ convention” made up of people from both countries.

Now that the Greens have chosen their candidate, the battle for leadership on the left side of the political spectrum officially begins.

Jadot’s win is bad news for Paris Mayor Anne Hidalgo, a presidential hopeful who wants to run for the Socialists in 2022. POLITICO’s Poll of Polls shows Hidalgo falling just behind Jadot in the first round at 5 percent.

In 2017, Jadot withdrew from the presidential race to join forces with Socialist candidate BenoÃ®t Hamon, but based on his current standing, it looks unlikely the former director of Greenpeace France will do this again.

Rousseau’s loss is, however, positive for Jean-Luc MÃ©lenchon, the leader of the left-wing France Unbowed movement, who’s currently polling at around 9 percent and may be able to steal at least some of her supporters who don’t agree with Jadot.