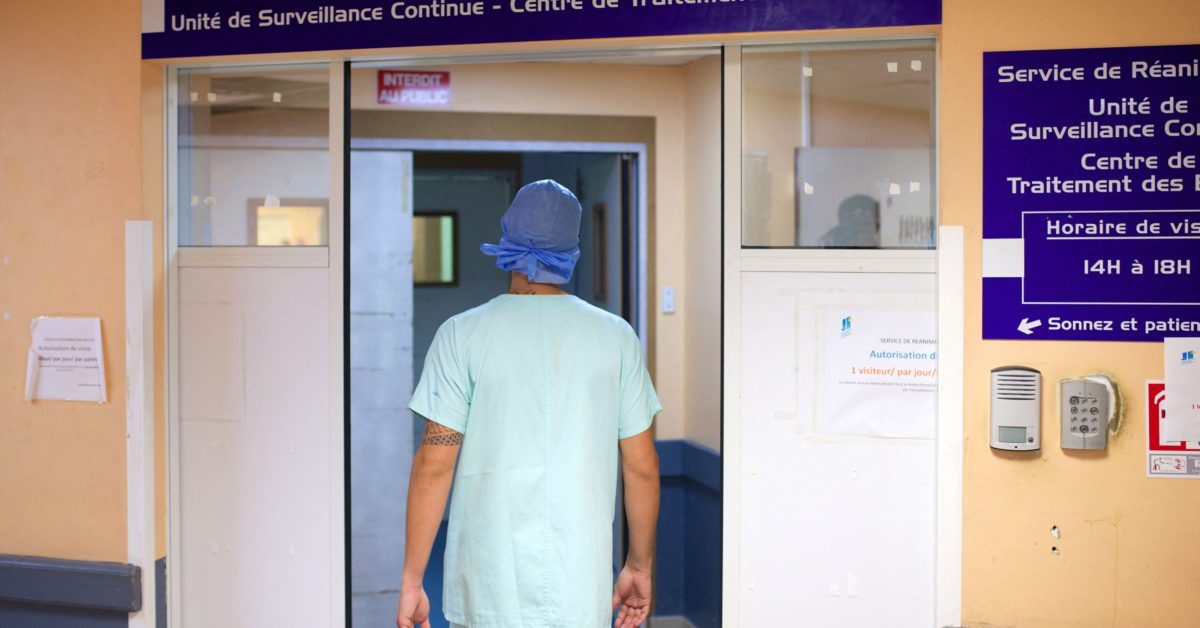 POINTE-Ã€-PITRE, FRANCE â€” In Guadeloupe and Martinique, the two main French islands in the Caribbean, obituaries are traditionally read by radio anchors during popular segments that last about 20 minutes every day.

But as the two islands battle a fourth wave of the coronavirus pandemic, radio stations have had to make space for obituary segments that now can last up to an hour, with 60 deaths announced per day.

While the rise in COVID-19 infections in mainland France over the summer caused fewer hospitalizations and deaths than the previous waves, a failed vaccination campaign in the islands, hindered by distrust in national authorities â€” especially on health matters â€” led to what doctors on the ground call â€œa war scene.â€

The contrast between islands and mainland is stark: 62.9 percent of the overall French population is fully vaccinated as of August 25. On the islands, itâ€™s a third of that. Only about 22.5 percent of people aged over 12 are now fully immunized in Martinique, and about 20 percent in Guadeloupe, which both have slightly under 400,000 inhabitants.

Local authorities on the island said they have surpassed 6.000 cases last week with 336 new patients in hospitals. The number of intensive care beds has been tripled (92 beds) and 26 patients were evacuated to mainland on August 25. In one week, 115 people died.

This has led authorities on both islands to extend their lockdown, closing beaches and shops selling non-essential items. Tourists, who flocked to the islandsâ€™ sandy shores in June and July, flew back for the most part. Those who are still there are advised to leave.

â€œIf we needed proof that the vaccination is the best response to the [faster-spreading] Delta variant, unfortunately the Antilles have provided, if I can put it this way, a cruel proof,â€ President Emmanuel Macron said during a cabinet meeting.

On a Facebook group created to discuss the pandemic in Guadeloupe and other French Caribbean islands, dozens of health care workers vent about how exhausted they are, but also respond to questions and comments on vaccines.

â€œThe situation is catastrophic, like a war scene. We are unable to contain the wave,â€ one Dr Mabchour wrote to the group in a post imploring readers to get vaccinated.

According to an inquiry from Guadeloupe’s regional health agency, â€œ20 percent [of the islandâ€™s population] want to get vaccinated but 40 percent are still waiting to know more about side effects or the vaccine itself,â€ Denux explained.

Islanders often cite the â€œchlordecone affairâ€ as a cause of their distrust. This poisonous pesticide, also known under the Kepone brand, was used in banana plantations on both islands until 1993 despite being identified as a carcinogen by the World Health Organization in 1979 and banned in France in 1990.

More than 90 percent of the adult population of Guadeloupe and Martinique has been exposed to the poison, according to the French ministry of health. A study from the French National Institute of Health and Medical Research states that chlordecone is strongly suspected of increasing the risk of prostate cancer. Martinique holds the world record for this type of cancer with 227 cases for 100,000 inhabitants.

â€œThe government lied about chlordecone affair. At the beginning of the pandemic government members said it was not necessary to wear a mask, and now it is, even if we are vaccinated. They are always lying. I donâ€™t trust them anymore and I donâ€™t want to be forced to be vaccinated,â€ a 30-year-old local who asked to be named Mickael at the Pointe-Ã -Pitre airport.

The distrust is reinforced by misinformation circulating on social networks and messaging apps. When Jacob Desvarieux, a legend of a popular local musical genre known as “zouk,” died at 56 of COVID-19 despite having received three vaccination doses, rumors ran rife that it was possible to die from a â€œvaccine overdose.” He had been immunocompromised after a liver transplant.

â€œA lot of fake news is circulating on social networks and this is unacceptable for health care teams from Guadeloupe or those who came to support us and who are living an unprecedented situation,” said Christine Wilhem, director of the Basse-Terre hospital in Guadeloupe in a statement.

Denux, cites another factor: â€œIt is important not to overlook the cultural aspect, which tends to be opposed to vaccination and prefers plant-based traditional remedies.”

Traditional remedies are highly popular in the Antilles. Since last February, sales of an herbal syrup (Virapic) presented as a â€œmiracle medicineâ€ against COVID-19 have exploded.

However, no evidence-based studies have been published confirmed this possibility.

On Thursday afternoon, some people trickle into the Pointe-Ã -Pitre airport, where Guadeloupeâ€™s main vaccination center is located.

Russel, a 32-year-old man who said he â€œdidnâ€™t feel the need to do it before,” is one of them.

â€œI donâ€™t follow the news every day but when I heard they was medical workers coming from overseas to help, I knew that things were really bad and I was glad I made that choice,â€ he said after getting his shot on August 26. â€œBecause I donâ€™t know how much more our medical system can withstand.”