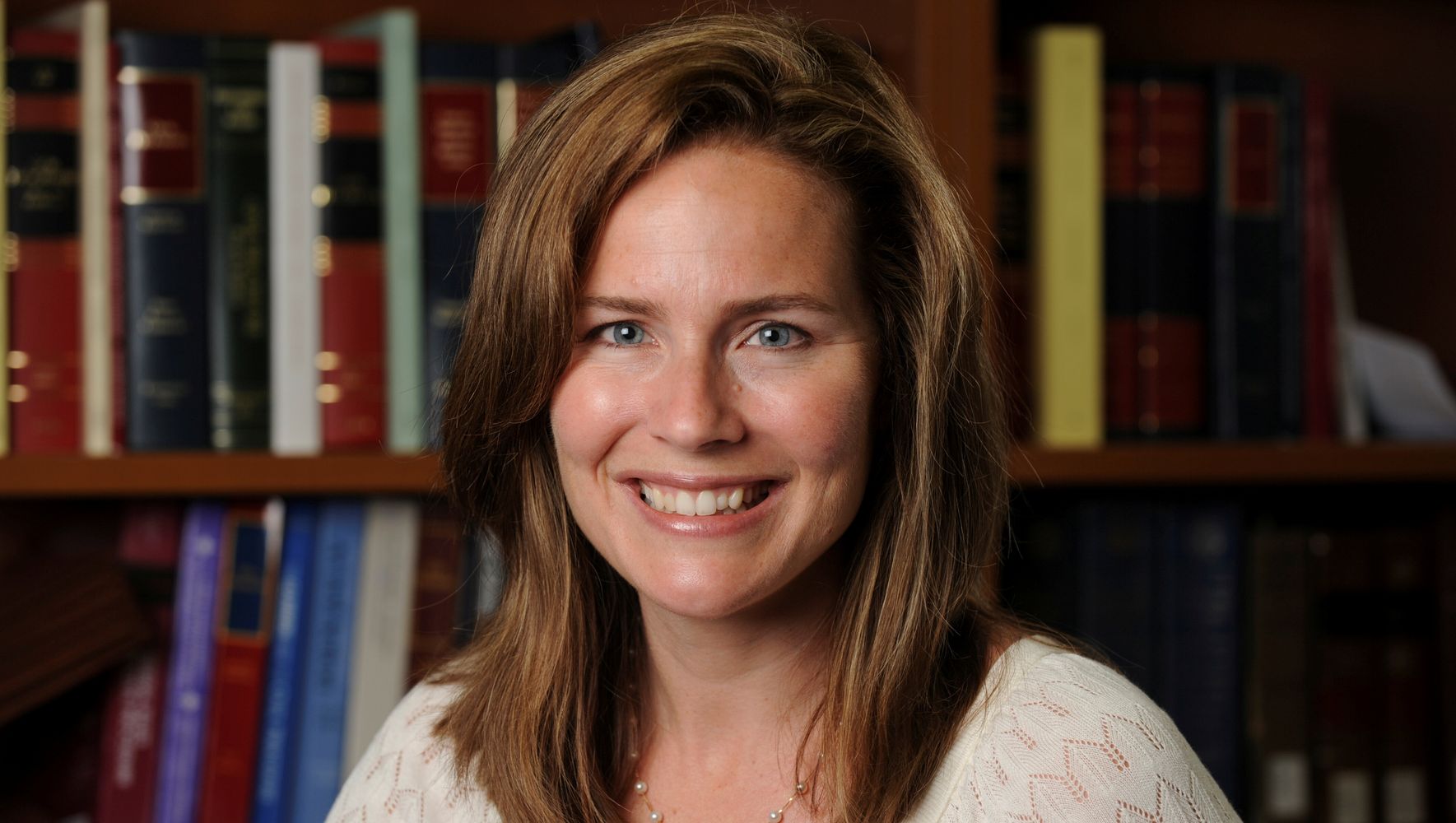 CHICAGO (AP) â€” A front-runner to fill the Supreme Court seat vacated by the death of Justice Ruth Bader Ginsburg is a federal appellate judge who has established herself as a reliable conservative on hot-button legal issues from abortion to gun control.

Amy Coney Barrett, a devout Catholic, is hailed by religious conservatives and others on the right as an ideological heir to conservative icon Antonin Scalia, the late Supreme Court justice for whom she clerked.

Liberals say Barrettâ€™s legal views are too heavily influenced by her religious beliefs and fear her ascent to the nationâ€™s highest court could lead to a scaling back of hard-fought abortion rights. She also would replace the justice who is best-known for fighting for womenâ€™s rights and equality.

President Donald Trump has said heâ€™ll nominate a woman and Barrett is thought to be at the top of his list of favorites. The Chicago-based 7th U.S. Circuit Court of Appeals judge was considered a finalist in 2018 for Trumpâ€™s second nomination to the high court, which eventually went to Brett Kavanaugh after Justice Anthony Kennedy retired. Barrettâ€™s selection now could help Trump energize his base weeks before Election Day.

At just 48, Barrett would be the youngest justice and her tenure could last for decades. Sheâ€™s made her mark in law primarily as an academic at the University of Notre Dame, where she began teaching at age 30. She first donned judgesâ€™ robes in 2017 after Trump nominated her to the 7th Circuit.

But she wouldnâ€™t be the only justice with little prior experience as a judge: John Roberts and Clarence Thomas spent less time as appellate judges before their Supreme Court nominations and Elena Kagan had never been a judge before President Barack Obama nominated her in 2009.

Barrett mentioned Kagan when asked in a White House questionnaire in 2017 about which justices she admired most, saying Kagan brought to the bench â€œthe knowledge and skill she acquired as an academic to the practical resolution of disputes.â€

When Barrettâ€™s name first arose in 2018 as a possible Trump pick, even some conservatives worried her sparse judicial record made it too hard to predict how she might rule. Nearly three years on, her judicial record now includes the authorship of around 100 opinions and several telling dissents in which Barrett displayed her clear and consistent conservative bent.

She has long expressed sympathy with a mode of interpreting the Constitution, called originalism, in which justices try to decipher original meanings of texts in assessing if someoneâ€™s rights have been violated. Many liberals oppose that strict approach, saying it is too rigid and doesnâ€™t allow the Constitution to change with the times.

Barrettâ€™s fondness for original texts was on display in a 2019 dissent in a gun-rights case in which she argued a person convicted of a nonviolent felony shouldnâ€™t be automatically barred from owning a gun. All but a few pages of her 37-page dissent were devoted to the history of gun rules for convicted criminals in the 18th and 19th centuries.

And, all indications are that Barrett is staunchly opposed to abortion, though she has often side-stepped answering questions about the topic.

In the 2017 White House questionnaire, Barrett was asked if it was her view that abortion was always immoral. She didnâ€™t answer the question directly but said: â€œIf I am confirmed (to the 7th Circuit), my views on this or any other question will have no bearing on the discharge of my duties as a judge.â€

In a 2013 Texas Law Review article, Barrett listed fewer than 10 cases she said are widely considered â€œsuper-precedents,â€ ones that no justice would dare reverse even if they believed they were wrongly decided. Among them was Brown vs. Board of Education, which declared racial segregation in schools unconstitutional.

One she didnâ€™t include on the list: Roe v. Wade, the 1973 landmark case that affirmed a womanâ€™s right to abortion. Scholars donâ€™t include it, she wrote, because public controversy swirling around it has never abated.

Abortion and womenâ€™s rights were the focus of a bruising 2017 confirmation process after Barrettâ€™s nomination to the 7th Circuit.

Others pointed to Barrettâ€™s membership of the University of Notre Dameâ€™s â€œFaculty for Lifeâ€ group â€” and that she had signed a 2015 letter to Catholic bishops affirming the â€œvalue of human life from conception to natural death.â€

Sen. Dianne Feinstein told Barrett her views suggested religious tenets could guide her thinking on the law, the California Democrat telling Barrett: â€œThe conclusion one draws is that the dogma lives loudly within you.â€

Barrett responded that her views had evolved and that she agreed judges shouldnâ€™t â€œfollow their personal convictions in the decision of a case, rather than what the law requires.â€

Sen. Chuck Grassley, an Iowa Republican, criticized Democrats for pressing Barrett on her faith, saying it could be seen as a â€œreligious testâ€ for the job.

The Senate eventually confirmed her in a 55-43 vote, with three Democrats joined the majority.

Her nearly three-year stint as a judge has included at least one abortion-related case.

An 2018 ruling by a 7th Circuit panel declared unconstitutional an Indiana law requiring the burial of fetal remains after an abortion or miscarriage, and prohibiting clinics from treating the remains as waste. The law, signed by then-Gov. Mike Pence, also barred abortions on the basis on the race, sex or disabilities of the fetus.

Barrett joined three conservative judges in asking for the ruling to be tossed and for the full court to rehear the case. They didnâ€™t have the votes to force a rehearing. But they issued a joint dissent on the rehearing decision, clearly suggesting they thought the Indiana law was constitutional.

The dissent, written by Judge Frank Easterbrook, argued that Indianaâ€™s law would have been upheld â€œhad it concerned the remains of cats or gerbils.â€

Barrett was raised in New Orleans, the eldest child of a lawyer for Shell Oil Co. She earned her undergraduate degree in English literature in 1994 at Rhodes College in Memphis, Tenn. She and her husband, Jesse Barrett, a former federal prosecutor, both graduated from Notre Dame Law School. They have seven children, including two adopted from Haiti and one with special needs.

Before her clerkship with Scalia from 1998 to 1999, Barrett served as law clerk for Laurence Silberman for a year at the U.S. Court of Appeals for the District of Columbia Circuit. Between clerkships and entering academia, she worked from 1999 to 2001 at the Miller, Cassidy, Larroca & Lewin law firm in Washington, D.C.