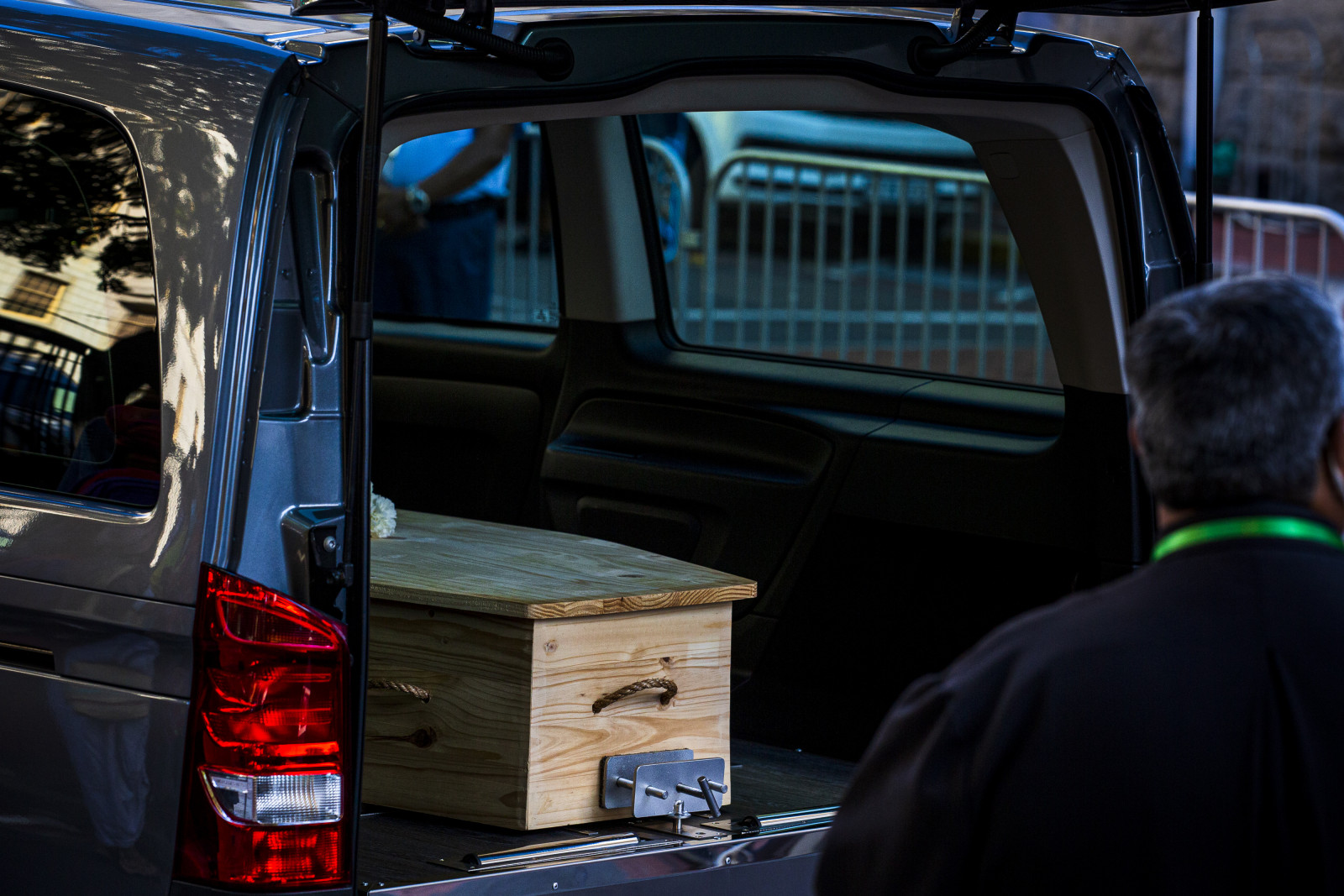 Funeral homes in smaller towns are being “ransacked” during extended blackouts while criminals are using the shroud of darkness to hijack funeral directors.

Elsabé Basilio, the managing director of the National Funeral Directors Association of Southern Africa (NFDA), said that with extended load-shedding, perpetrators vandalise the transformers, which leaves the back-up batteries on alarms to run empty.

“They then steal electrical cables to the building, which allows access all weekend or all night,” she said. “They are targeting mortuary compressors, copper pipes, electrical cables, taps [and] even lowering devices.”

Aside from crime, load-shedding is also putting a strain on funeral parlours. People are being asked to bury their loved ones quickly to avoid bodies decaying, because keeping the cold-storage running during load-shedding is expensive.

In December, Komani was without electricity for three weeks, Fort Beaufort for four days and Makhanda for two days, said Fred Drake, a member of the NFDA for the Eastern Cape and Free State.

“What’s happening is that [criminals] are stealing at the substation and then the whole area is out for days at a time while waiting for parts to repair it. That’s when they [criminals] target us.”

A lowering device costs about R47 000. “They sell it to a bush operator somewhere, who is unlicensed and unregistered,” said Drake. “You can insure this item but because it’s a moveable item you’ve got to pay an individual premium for that and that premium is astronomical, it’s unaffordable.”

Basilio said that in certain areas, health inspectors are forcing the NFDA’s members to have additional back-up generators.

“One of our members had to purchase nine additional generators, of which three have already been stolen during extended load-shedding. One was basically cut out of the wall or, in one case, so badly damaged it will never work again.”

The local government will not issue a certificate of competence to this member’s premises when it needs to be renewed. In such cases, the company must get additional security, which is another expense.

Hijackings on the rise

In some areas, the risk of hijacking is increasing. “A funeral director will receive a call, during load-shedding, to remove the deceased from the place of death. When the funeral director arrives at the address, he is hijacked,” Basilio said.

Drake added: “We are actually at a point where we’ve got to hire private security to go with us into certain areas to fetch the deceased body and that’s an extra cost which, once again, has a knock-on effect on consumers.”

In September, his driver was hijacked during power cuts.

“They let him go with the vehicle because it was a well-branded vehicle but he was left in his underpants and his shirt. There was nothing left in the vehicle. The trolleys that we do the pickups in, at R18 000 a pop, were gone. The insurance company won’t cover that.”

‘Bury your loved ones in four days’

This week, the South African Funeral Practitioners Association (Safpa) urged people to bury their loved ones within four days of their death to ease the strain on funeral parlours caused by load-shedding.

“Load-shedding has a ripple effect on the bereaved,” Safpa said. “Besides seeing their loved ones decay at a rapid rate, they have to endure delays in the death certificate registration process at home affairs [department] because of load-shedding. This forces families to postpone the burial for a later date.”

The intensified load-shedding of the past year has seen numerous parlours dealing with bodies that are “quickly decaying” in their refrigerated rooms when the power goes off.

“Burying one’s kin within four days, or less, is cost-effective and prevents families from seeing their departed ones in a poor state of decomposition.”

The situation is a national crisis, said Simon Mapoulo of Safpa. “Very soon, we’ll be doing a removal and burying the following day.”

John Storom, the chairperson of the Funeral Federation of South Africa, said: “In the African community, funerals don’t happen overnight. It takes up to about a week where you have bodies in your cold storage and you’ve got to make sure they don’t decompose in the process.

But most families don’t have the resources to be able to bury bodies quickly. “They need time to be able to do insurance claims and to come up with the cash to do the burial. And when you’re in a community not used to that kind of set-up, where the mourning period takes its time, you’re literally interfering with that.”

By law, funeral parlours must have generators on site, to keep storage rooms cool if power is lost. Safpa said the price of purchasing and maintaining generators has become exorbitant and diesel to keep them running costs more than R21 a litre.

“It’s not every generator that can power our fridges,” Mapoulo said. “We need a very big generator and they start at about R90 000 upwards. Many of the smaller businesses can’t afford it. The worst part it’s that the government is not even intending to come to the party.”

Storom agreed saying: “What they [the government] don’t take into consideration is that a lot of us are small businesses, where you first of all can’t afford the appropriate generator, and even if you did, what that means is that your costs escalate.”

Invariably, those costs are passed on to clients. “With the state of the economy as it is, when you’re increasing your prices, the community suffers. It’s a very difficult position that this places us in.”

Dududu Magano, spokesperson of the National Funeral Practitioners Association of South Africa, said many small funeral directors are now having to deal with the extra operating costs of diesel or petrol, which is not usually budgeted for. “Where do you get the budget to run a generator for 12 hours a day?”

Basilio said load-shedding is having a critical effect on funeral homes. “With 10 hours of load-shedding a day it may cost a small funeral home up to R2 500 to R5 000 per day on fuel or diesel for their generators. With bigger companies and bigger refrigeration facilities the cost is higher.”

Certain funeral directors are equipped with inverters and UPS systems, at huge expense.

“With expenses escalating, the cost of funerals is escalating as well as premiums on funeral insurance products. This has a negative impact on the funeral director and the public. And, despite the load-shedding, the municipality bill has not come down either.”

Those NFDA members who can afford it are taking steps to remove their funeral homes from the national grid and supply their own electricity through solar, inverters and UPS.

“However, in some regions, because of no electricity, it influences the water supply, and this is crucial for our businesses.”

Drake said, in Port Elizabeth on a typical Saturday, there can be 30 to 80 funerals underway at one cemetery.

“Now, what happens is that none of the robots are working to get to the cemetery so you end up now in a 45 minute to two hour queue to get there. Instead of finishing at 12, my staff finish at 2pm or 3pm and I’ve now got to pay overtime. So, the knock-on effect again goes back to the consumer.”

The outlook is grim if the government does not intervene, said Basilio. “As funeral services are an essential service, the government can consider discounted electricity to funeral homes.

“Small funeral homes will close their businesses, causing job losses and loss of revenue, while an iIncrease in funeral costs and increase in the premiums of funeral products will place a further economic burden on the public.”