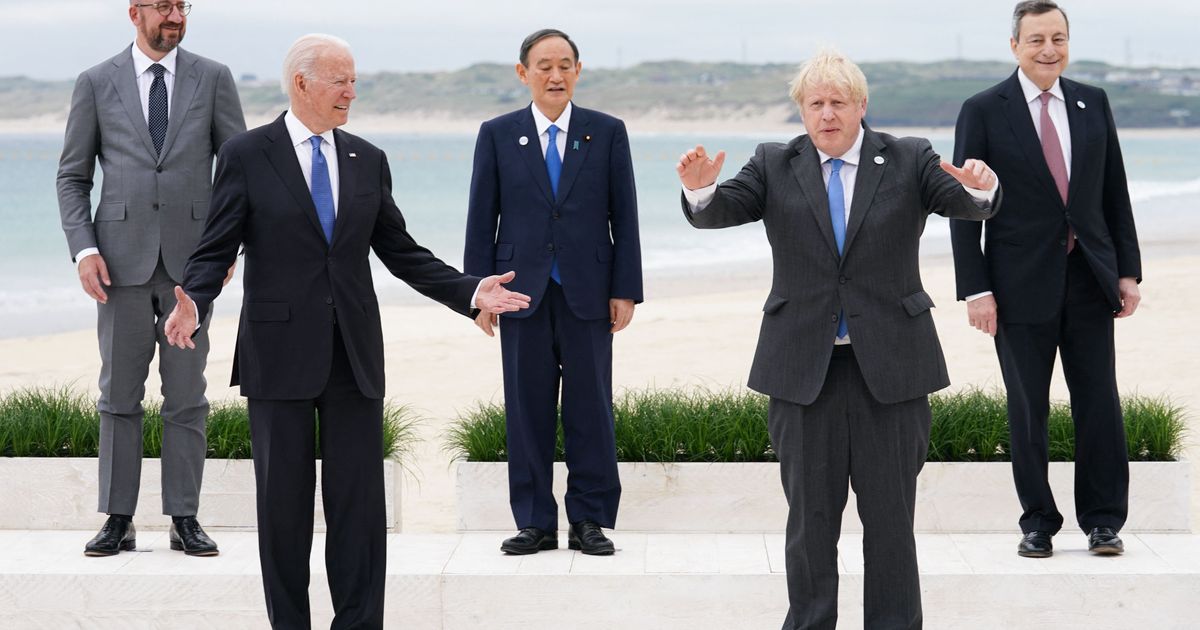 Leaders of the G7 group of wealthy nations have fallen short of directly providing one billion Covid vaccine doses to poorer countries over the next year.

The final communique of the Boris Johnson-hosted summit in Cornwall revealed that the leaders only managed to commit to sharing 870m spare doses over the next year, despite the prime minister calling for a billion jabs to end the pandemic by the end of 2022.

The document insists that taken together with separate financial commitments it would mean the G7 has shared more than two billion doses since the start of the pandemic.

But the leaders are facing criticism from the likes of Oxfam, which accused leaders of “cooking the books” with its vaccine figures.

“A billion vaccine doses would have been a drop in the bucket, but they didn’t even manage that,” the charity said.

Earlier, former UK prime minister Gordon Brown said the summit will go down as “unforgivable moral failure” as the World Health Organisation (WHO) estimates that 11bn doses – more than ten times the number pledged – are needed to stamp out the pandemic.

“This is another billion made up of a massive contribution by the United States and other friends,” the UK prime minister said.

He said the UK’s contribution is another 100m from now to next June of the vaccines.

He said: “Already of the 1.5bn vaccines that have been distributed around the world, I think that people in this country should be very proud that half a billion of them are as a result of the actions taken by the UK government in doing that deal with the Oxford scientists and AstraZeneca to distribute it at cost.”

The target to vaccinate the world by the end of next year will be done “very largely thanks to the efforts of the countries who have come here today”, according to Johnson.

But Oxfam’s head of inequality policy Max Lawson said leaders had “cooked the books” on vaccines and “completely failed” to meet the challenge of the biggest health emergency in a century.

“This G7 summit will live on infamy,” he concluded.