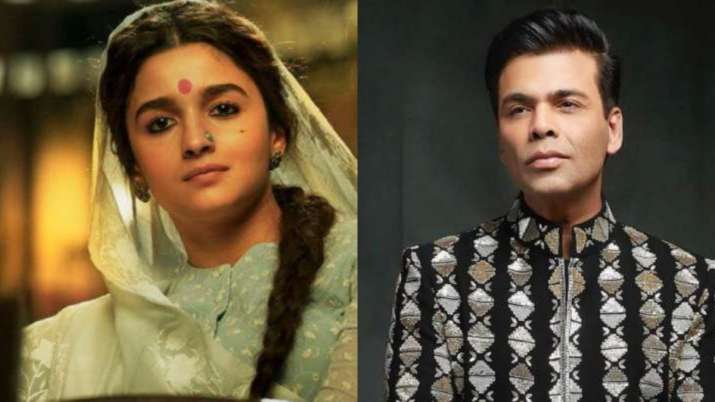 The trailer of Alia Bhatt‘s much-awaited starrer Gangubai Kathiawadi released on Friday (February 4). Helmed by filmmaker Sanjay Leela Bhansali, the upcoming period movie is adapted from one of the chapters of noted author Hussain Zaidiâ€™s book “Mafia Queens of Mumbai”. Just a few hours after the trailer was dropped, ace filmmaker Karan Johar gave a shout-out to Gangubai’s team along with appreciation notes for Alia Bhatt. Calling it phenomenal, Karan Johar tweeted “The power of a solid actor and a supreme storyteller is always unmatchable! @aliaa08 #SanjayLeelaBhansali and @ajaydevgn has Mega super star presence! Can’t wait to see the film!

‘Gangubai Kathiawadi’ features Alia Bhatt in the title role of Gangubai, one of the most powerful, loved and respected madams from Mumbaiâ€™s red-light area Kamathipura during the 1960s. With the release of the trailer, 28-year-old has won many hearts. From boyfriend-actor Ranbir Kapoor imitating Alia’s namaste pose from the movie to south star Samantha Ruth Prabhu calling her “incredible,” Alia has managed to impress everyone.Â

The movie has been delayed multiple times due to the coronavirus pandemic that hit India in March 2020. The film was earlier scheduled to arrive in cinema halls on September 11, 2020. In January 2021, the makers announced that the movie will be released sometime in 2021 but the release was delayed again due to the coronavirus pandemic. Now, It is set to release theatrically on February 25.