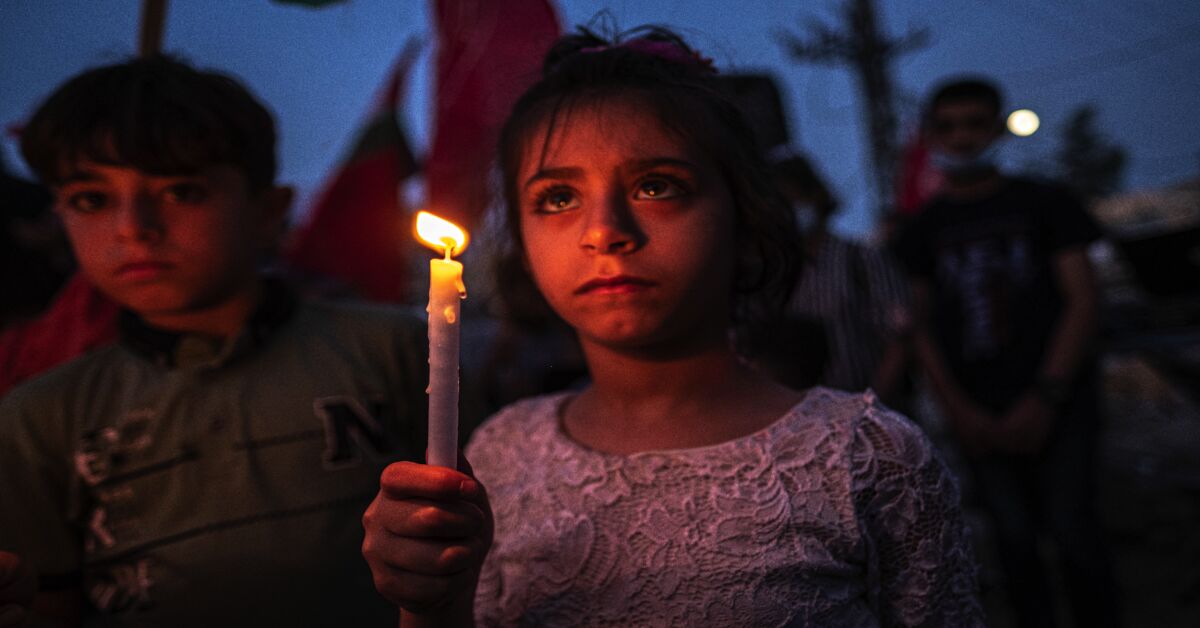 GAZA CITY, Gaza Strip — The 11-day war on the Gaza Strip ended on May 21 but inflicted lasting psychological trauma and behavioral changes on children in Gaza, due to what they witnessed during the bombing, the destruction of high-rise towers and the killings of entire families.

Approximately 65 children were killed and 540 were injured, and UNICEF stated that about 500,000 children may need psychological support. UNICEF said pre-war statistics indicated that one out of every three children in Gaza needed psychological and social support.

Umm Ahmed, 38, fled her house in the Shujaiya neighborhood one day after the war began with her five children — the oldest of whom is 12 and the youngest 3. She took refuge in her relatives’ home because she feared her house would be bombed and destroyed like it was in the 2014 war. “I did not fear for myself, but I was afraid of losing my children, especially since my husband works for one of the military wings of the resistance and we could not see him during the war,” she told Al-Monitor.

She said her children were frightened during the night by the intensity of the bombings. Her little girl was making up frightening stories about planes bombing the house and killing her father, and she kept asking about him. Meanwhile, two of her children now suffer involuntary urination during the night.

Umm Ahmed said she noticed an increase in violence in her children’s behavior and screaming outbursts, and she requested remote psychological counseling through a doctor.

The mother of Dima Asaliya, 11, who was killed by Israeli warplanes on May 19 in the Jabalia refugee camp after her mother asked her to bring a small electric oven to cook homemade bread from her sister’s house (about 70 meters away from theirs), told Al-Monitor, “She was afraid and had wanted to run away from home to the UNRWA schools since the beginning of the escalation, but we said our home was safe and we did not need to go. I wish we had gone.”

“Three hours before my daughter died, she asked me to go, and I prepared all her things — toys, school bag and water bottles. ‘If something happens to me, I won’t forgive you. I’m scared and I want to run away,’ she told me.”

“A few minutes after she left the house to go get the oven, I heard a loud bombardment that shook the corners of the house, and I screamed. I quickly went out into the street to find her,” she added.

Israel targeted an empty plot of land separating Dima’s house from her sister’s. “I did not expect that she would be the target. No one else was on the street.”

She added, “She was killed immediately. I wanted to embrace her and bid her farewell, but I was terrified by the horror of what had happened to her body.”

She said she is communicating with a psychiatrist and an association for women’s mental health. She suffers from tremors and severe exhaustion because she blames herself and believes she was the reason for her daughter’s death. The psychological activities she performs help to relieve her trauma, she said, and she feels better when she talks about her daughter, whom she describes as an angel.

Subhi Farhat, a psychosocial specialist in the General Department of Mental Health at the Palestinian Ministry of Health, told Al-Monitor, “Psychological programs help children overcome the psychological trauma they suffered during the war.”

He said they use many methods of treatment, including exposure, treatment through play and drawing, storytelling and psychodrama, pointing out that the last war was different because Israel was targeting residential communities and killing entire families.

Farhat said these scenes bequeath hatred to children and intensify violence in their behavior, which means the future of Gaza’s children is threatened by unhealthy violent and aggressive behaviors.

He said his department faces difficulties when it comes to the psychological services they provide and the lack of some games and psychological tests, as well as the lack of psychotherapy drugs. Since the fighting stopped, he said, they have been holding two weekly workshops for mothers on how to deal with their children after the war.

“We count on mothers a lot to improve and correct the behavior of their children,” he said.

Farhat said they also held nearly 70 emotional release workshops for children in public parks in various regions of the Gaza Strip, taking into account preventive measures, as each workshop only hosted 25 children.

Meanwhile, psychiatrist and lecturer at Al-Quds Open University Youssef Awadallah told Al-Monitor the psychological impact of the war remains stuck in children’s minds, and it will deeply impact their souls for years to come. He said two out of three children in Gaza underwent psychological trauma during the recent escalation.

“Children who have lost family members or loved ones are more likely to develop PTSD,” he said.

Most of the psychological problems children suffer from because of the war are nightmares, involuntary urination, hostility, low academic achievement, change in appetite and isolation.

“Psychological scars may not be visible, but they severely affect human health,” he explained.

“Children are more affected by war due to their lack of life experience and their inability to interpret events as adults,” Awadallah said.

He said teachers will notice a decrease in academic achievement, an increase in students’ distraction and feelings of abandonment, as well as an increase in cases of violence and aggressive behavior — the most affected age groups are between 6 and 12.

Farhat said, “The idea of going to a psychiatrist in Palestinian society is still stigmatized, as many are reluctant to seek a psychiatrist’s help for fear of people thinking they are crazy.”

Awadallah offered his psychological services remotely during and now after the war to all residents of Gaza, free of charge.

“I had about 80 psychological consultations every day,” he said.

Remote consultations are not as effective as in-person psychological sessions, he said, as the therapist cannot read the patient’s facial expressions and body language.

He called on parents to understand the new behaviors in their children, saying such behaviors are the result of severe psychological pressure.

Awadallah said psychiatrists face difficulties amid the lack of professional staff, the lack of financial capabilities, and the lack of programs concerned with the mental health of children and adults, especially since the treatment of these traumas requires long-term programs of five to eight years.

“The war on Gaza never ends, so there is no guarantee the child will not relapse after treatment,” Awadallah said. 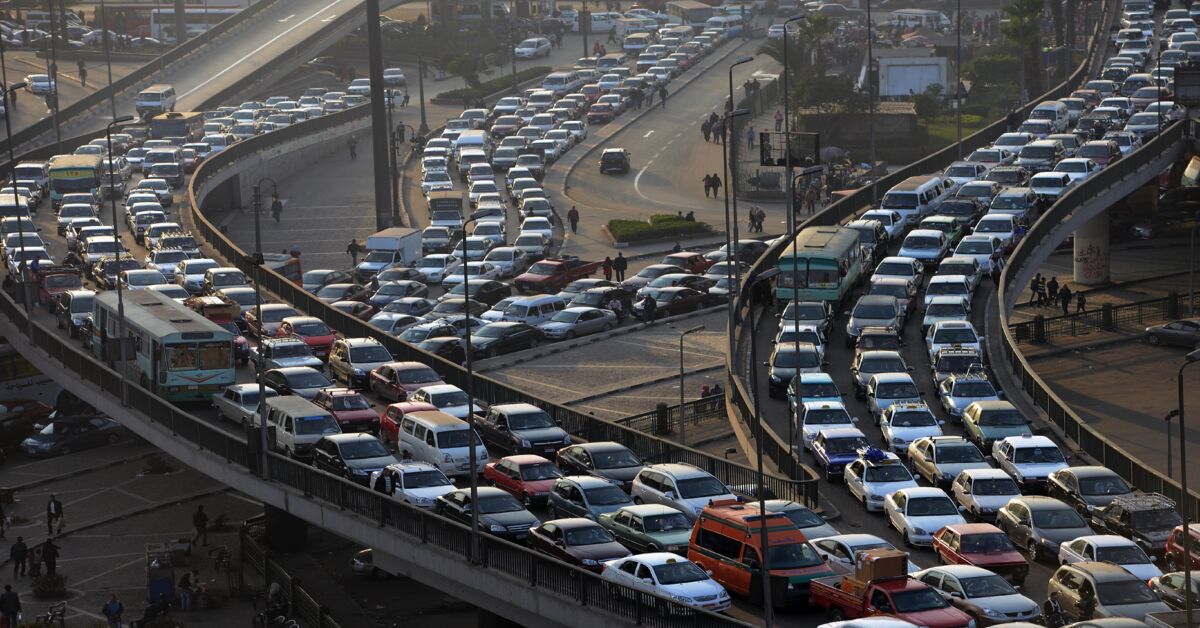 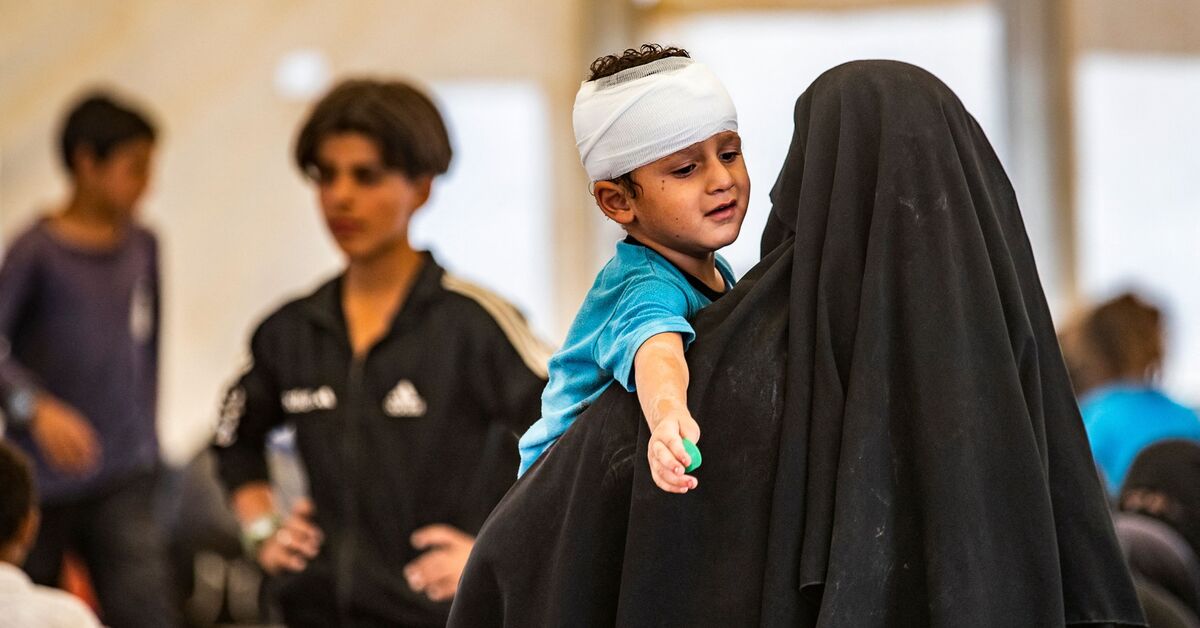