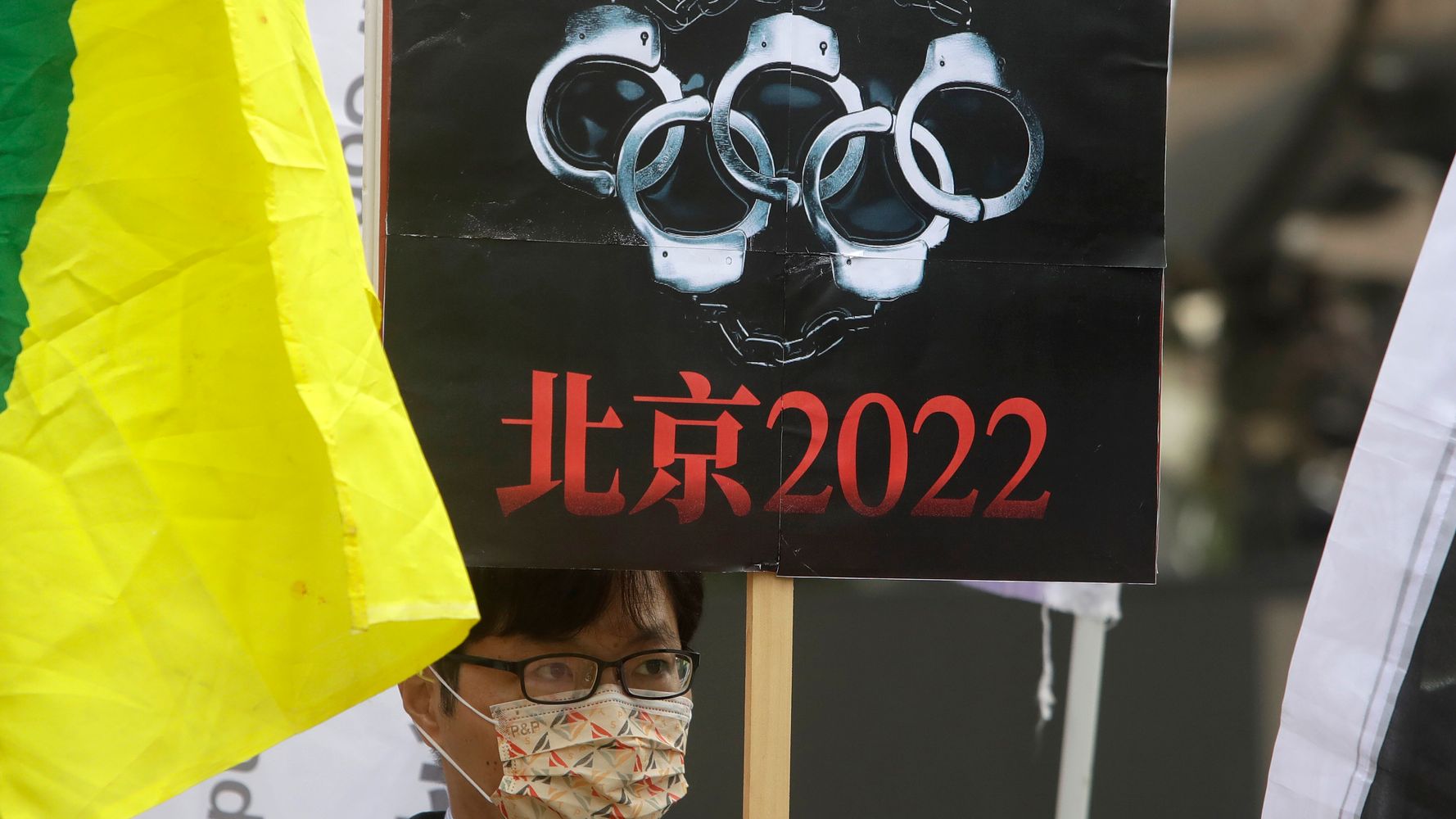 BEIJING (AP) â€” Human rights activists issued a call to action against the Beijing Olympics on Friday, imploring athletes and sponsors to speak out against what they call the â€œgenocide games.â€

Speaking at an online press conference organized by the rights group Human Rights Watch, activists representing Chinese dissidents and the minority Uyghur and Tibetan populations urged international attendants to voice their opposition to Chinaâ€™s hosting of the Games, which begin next week.

â€œThe 2022 Winter Olympics will be remembered as the genocide games,â€ said Teng Biao, a former human rights activist in China who is now a visiting professor at the University of Chicago.

â€œThe CCPâ€™s purpose is to exactly turn the sports arena into a stage for political legitimacy and a tool to whitewash all those atrocities,â€ he added, referring to the ruling Chinese Communist Party.

Chinaâ€™s crackdown under hardline ruler Xi Jinping has been felt across wide swaths of society. Hong Kong authorities crushed anti-government protests in the city in 2019, and the central government in Beijing passed a national security law aimed at stifling dissent, leading to the arrest of activists and disbandment of civil society groups.

Meanwhile, in the countryâ€™s western region of Xinjiang, an estimated 1 million people or more â€” most of them Uyghurs â€” have been confined in reeducation camps in recent years, according to researchers.

An independent, unofficial body set up by a prominent British barrister to assess evidence on Chinaâ€™s alleged rights abuses against the Uyghur people concluded in December the Chinese government committed genocide.

China has consistently denied any human rights abuses in the region and has said it carried out its actions to counter extremism in the region in order to ensure peopleâ€™s safety.

Chinaâ€™s Foreign Ministry spokesman Wang Wenbin has hit back at the rights group for its continued calls to boycott the Olympics, saying that â€œthe so-called human rights group is biased against China and keen on making mischief. Lies and rumors it fabricated are unpopular. Its egregious acts that harm the Olympic cause will never succeed.â€

The Foreign Ministry has also said the Olympics should not be politicized. Yet the competition is already facing a diplomatic boycott led by the U.S., whose relationship with China has nosedived in the past few years.

Activists have failed to achieve a full boycott of the games, but have continued to speak out. â€œYour silence is their strength. This is what they want more than anything: that the world will play by Chinaâ€™s rules, that we will follow Chinaâ€™s lead, that we will look away from these atrocities and crimes for the sake of business as usual,â€ said Lhadon Tethong, director of the Tibet Action Institute, at the press conference Friday.

She appealed directly to athletes from the U.S., UK, France and others to speak. â€œI personally believe that you should use your platform and your privilege and this historic opportunity. You have to speak out against the wave of genocide,â€ she said.