It is the first in a series of memorials to honour Mr Floyd’s life after he died at the hands of police while being arrested last week.

A gold casket containing the body of Mr Floyd, 46, arrived at the North Central University in Minneapolis where his friends, family and guests gathered to remember his life.

Family lawyer Benjamin Crump told the audience that racism was a “pandemic” that had plagued America for too long.

“It was the other pandemic that we are far too familiar with in America, the pandemic of racism and discrimination that killed George Floyd,” Mr Crump said. 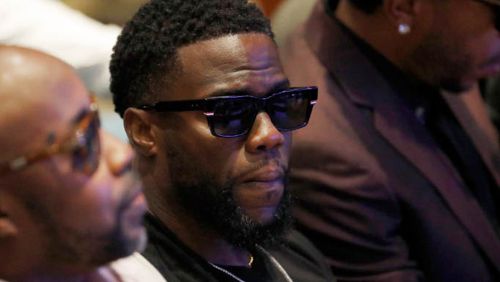 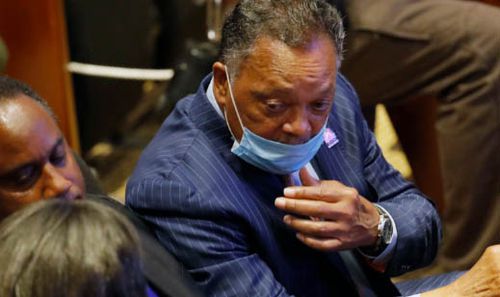 The Rev. Jesse Jackson talks with others at North Central University/

“He died of a common American criminal justice malfunction.”

At the beginning of the service the university’s president, the Re Scott Hagen, announced the creation of the George Floyd Memorial Scholarship, adding that since Mr. Floyd’s death, people had given $53,000 specifically for the education of young black people.

“I’m now challenging every university president in the United States of America to establish your own George Floyd memorial scholarship fund,” he said. 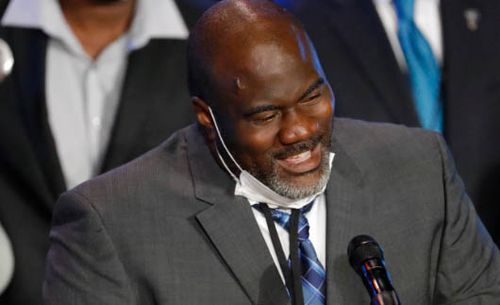 Brandon Floyd speaks at a memorial service for his brother, George Floyd.

Minnesota governor Tim Walz, who is also in attendance, said the memorial was a chance for everyone to heal.

People in two other cities will pay their respects in the coming days.

On Saturday, a public viewing and a private memorial service will be held in Raeford, North Carolina — the state where Mr Floyd was born.

His body will then return to Houston for a public memorial and private service on Tuesday.