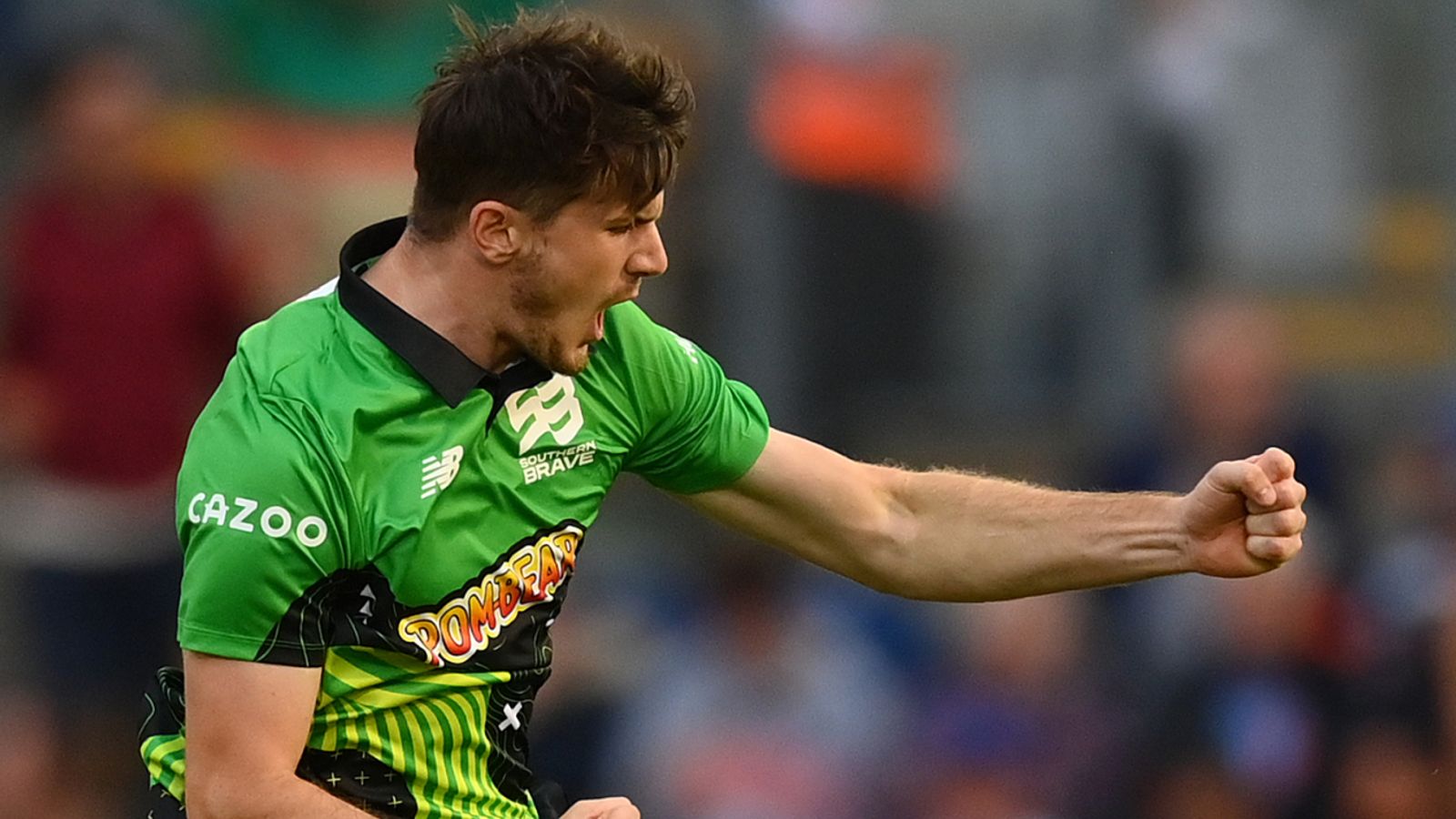 It tells you something about how challenging life has been for George Garton over the past few months that when the diagnosis of a lung clot came he felt an overriding sense of relief.

Physically and emotionally he has been very nearly broken by what he thought was long Covid, at one point Garton believed retirement might be his only way out, but after numerous tests, scans, supplements, breathing lessons and agonising false starts, his grandmother referred him to an old contact where she used to work at his local hospital in Sussex to see Professor Rob Galloway.

“It’s been a big mental shift to finally be told what actually might be wrong,” Garton said. “To have a reason for feeling fatigued and having high heart rates. It is like a weight being lifted off my shoulders rather than just having a blanket term of long Covid.

“There feels an end to this. Knowing lots of people have had blood clots and there’s science behind the recovery and to have an end goal is really nice.”

It’s taken an awful lot for Garton to get here. The Sussex bowler suffered his first bout of Covid last year on the eve of making his ODI England debut against Pakistan. He felt rough for three or four days but recovered quickly and played the rest of the season before heading out to the Big Bash.

He caught Covid on the plane home, having left Australia early to prepare for England’s T20 Tour of the West Indies. After his isolation period, Garton was cleared to travel and felt good to go.

“I felt fine, played, trained, made my debut and had an absolute blast, it was a great time and I came home and went on holiday with my Dad for a week in America,” Garton said.

“I came back from that and thought I would knuckle down with Sussex to train and almost instantly I felt something was not quite right. I put it down to playing all winter, not being fully fit. So I thought, right, go get the fitness up, do more running but it wasn’t a fatigue or a tiredness that I could push through.

“Usually as an athlete, you’re well aware of your body and how you can push through tiredness, but this was like running into a brick wall. Towards the end of the second week, after I bowled one over, my body started kind of shaking quite aggressively. I felt like I was going to pass out. So I just stopped and I said, ‘look, something’s really not right.'”

All of Garton’s tests came back clear, but given his recent medical history, the specialists believed Garton was suffering with long Covid, something at that point he’d never heard of.

“I thought it’s just fatigue and I’m going to get over it really quickly,” he said. “I didn’t really pay much attention to it being an actual injury. I just thought it’s something that my body will recover with I’m fit and healthy.”

At his worst, Garton couldn’t go and make a cup of coffee without having to lie down afterwards with severe exhaustion. After the short walk from his flat to the County Ground he said it was “scary” how out of breath and puffing he would be for half an hour after.

“The specialists were saying ‘we reckon you’ll be okay, we’re 99 per cent sure,'” Garton said. “I kept thinking what about the one per cent? No one knows too much about it. I seem to be an anomaly when it comes to how long it’s taken to recover.

“So why can’t I be that one per cent? I was trying so hard and then I kept being knocked back down and that cycle carried on where I would rest for a bit, do a bit of training and feel like I was fit and healthy again, go to do my job and then kind of crash back down to earth.”

It was during his first game back when Garton feared he couldn’t carry on with cricket.

“I thought would be able to keep everything under control,” he said. “I was playing a four-day game against Middlesex at Hove and on the first day I batted from tea time until the end. After about an hour I felt all the symptoms again, so tired. I needed some caffeine to keep myself awake and that made my heart rate rise.

“I remember coming home that day after even when I was about to go to bed it was about 100, four hours after I’d done just a little bit of batting. I thought this can’t carry on. I thought I can’t mentally put myself through it. I tried to play at 70 per cent and manage myself and it just wasn’t working. I couldn’t perform to the level I wanted to and I expected of myself and that was harder mentally than it was physically.”

A session with Sussex’s psychologist made him realise the role his mind might be able to play in his recovery and understanding that whatever was happening to his body needed to be seen as a real injury and it would eventually heal.

As frustrating as it was, he had to believe it would happen and Garton had to shake off the stigma he admitted to feeling about being “tired”. Garton went back to the specialists, explored every option he had. He slept with tape across his mouth at night to retrain the way he breathed; there were oxygen masks, wires, scans and cardiologists who assured the bowler his body was in a good place.

“I eventually got to a point just before The Hundred this year where I felt really good. I thought ‘I’m over this’. I played a couple second-team games for Sussex and did well and I had trust in my body again,” said Garton, who admitted: “I was just happy to be there, to be playing and enjoying doing the job again.”

It was not long before Garton was making headlines. His stunning bowling display for the Southern Brave against the Welsh Fire when he took three wickets in the first seven balls was impressive, but so too was the honesty he had spoken with during the competition as he opened up on his health battles.

Garton really believed and hoped he left the debilitating symptoms behind. “I got out of that match and I just didn’t feel right again and I had to go off,” he said. “My breathing was high. My heart rate was higher. It was almost like a panic attack. I had that feeling that I was in a downward spiral.

“I’m worrying about my fatigue, so I’m breathing heavier and then my mind’s thinking about the breathing and the panic and so I have to go off. Unfortunately the symptoms of high heart rate and fatigue came back again for a couple of weeks. Touch wood, though, I seem to be over it again now. I feel confident in my body, especially after the diagnosis of the passed blood clot. It’s about strengthening my mind and body, knowing it can cope.”

Garton won’t allow himself to dwell on what might have been this year, instead he is looking forward to 2023. He is taking his recovery gently, giving himself the time and space he needs and what is crucial, he says, is having a target – a place in the new South African T20 league is in his sights.

Garton said: “Times like this shape you, it’s what pushes and it gives you the really fun times and those fun times are a lot more enjoyable because of what you have gone through”.

After the last few months, it feels Garton deserves some of those.