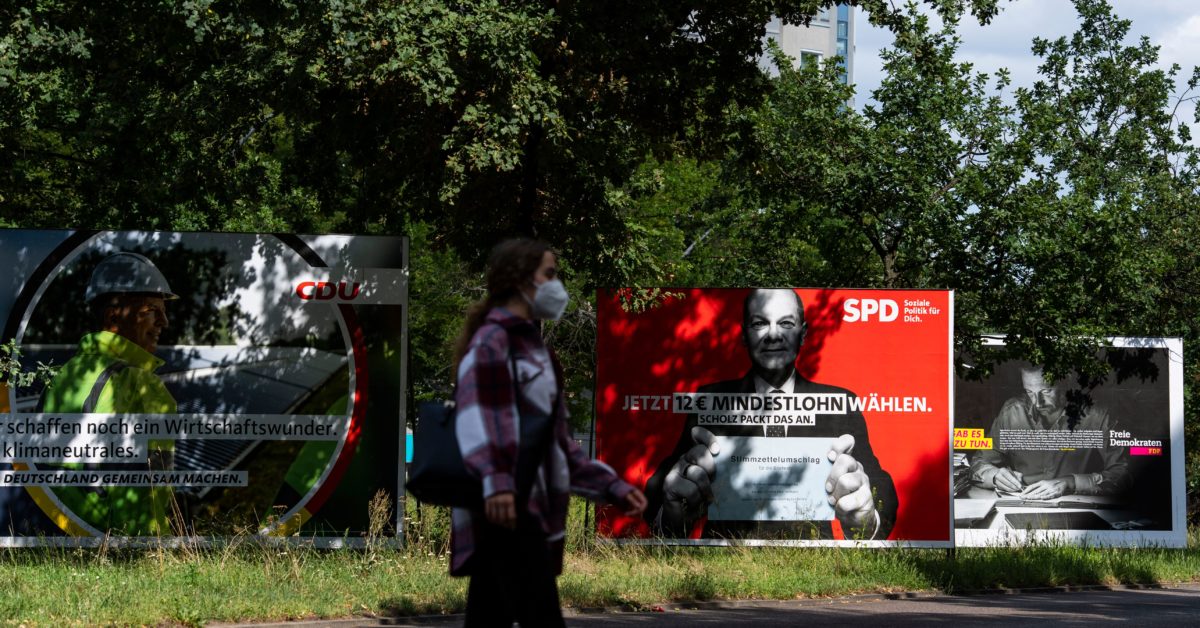 Germany’s Social Democrats beat out the conservative CDU/CSU bloc for the first time in 15 years in a new poll Tuesday, just weeks before the national election.

The survey for broadcasters RTL and NTV, conducted by pollster Forsa, shows the Social Democrats (SPD) leading the pack on 23 percent, just ahead of Angela Merkel’s CDU/CSU alliance on 22 percent. The Greens follow in third place at 18 percent, while the liberal FDP stands at 12 percent.

POLITICO’s own Poll of Polls, which aggregates polling data from numerous sources, shows the SPD and CDU/CSU almost neck and neck, with the conservatives ahead at 23 percent compared to the Social Democrats at 22 percent.

Support for the conservatives has been waning as their candidate to succeed Merkel as chancellor, CDU party leader Armin Laschet, has suffered a series of embarrassing gaffes and appears to have so far failed to convince the public that he is worthy to take the reins.

The Social Democrats, in turn, have been boosted by the popularity of their candidate for chancellor, Finance Minister Olaf Scholz. The RTL/NTV poll showed Scholz as the top choice for chancellor if voters could directly elect the position at 30 percent, far ahead of the Greens’ candidate Annalena Baerbock at 15 percent and Laschet at 11 percent.

But it still remains a toss-up who will ultimately lead the country, as the top three parties remain close and could form a number of different coalitions based on current polling results.