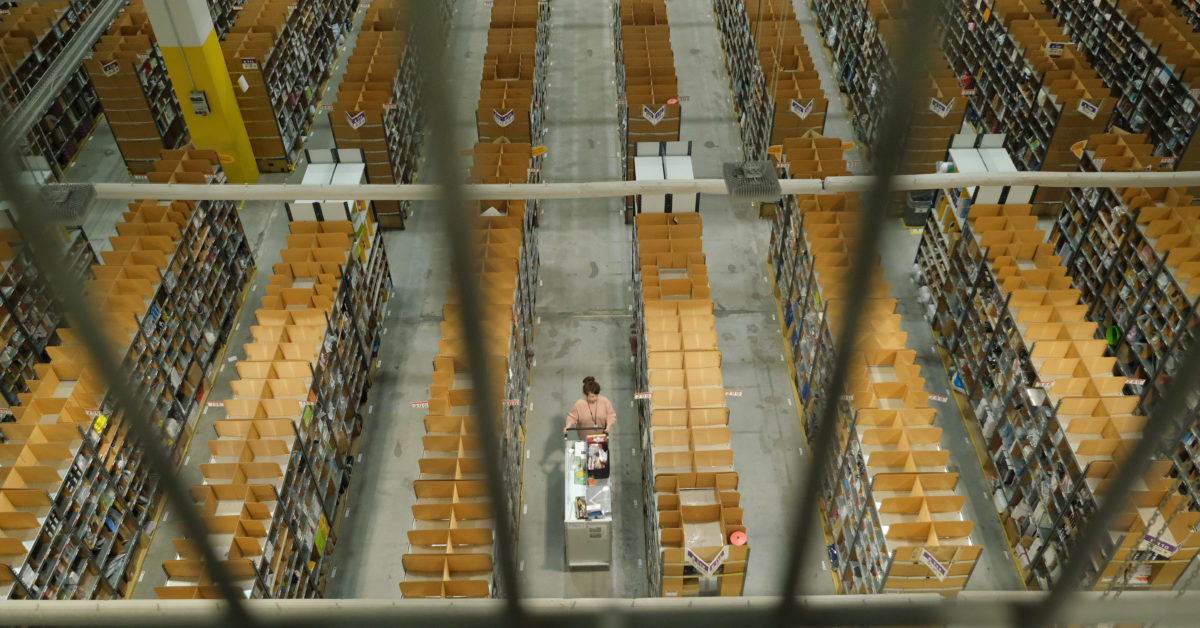 Just one week after a major strike by Amazon workers in Italy, their German counterparts look to be following suit.

German trade union ver.di has called on Amazon employees in six warehouses â€” or “fulfillment centers” â€” across Germany to stop work from Monday through Thursday.

The strikes are taking place in warehouses in Rheinberg, Werne, Koblenz, Leipzig and two sites in Bad Hersfeld.

Orhan Akman, the ver.di representative for retail and mail order, estimated around 2,000 employees across the six warehouses would participate in the strike. An Amazon spokesperson said over 90 percent of the company’s employees in its Germany sites are working as regularly scheduled.

â€œWe think Amazon is ill-advised to resist its employeesâ€™ and unionsâ€™ interests,â€ Akman said in an interview. â€œA social company pays adequate wages according to retail collective agreements and holds conversations with unions.â€

â€œDue to the perpetual rush, keeping distance and respecting other guidelines against an infection is often nearly impossible. But Amazon still refuses to sign a binding wage agreement to protect workers,â€ Akman said.

An Amazon spokesperson countered: “We have a well-established cooperation with the works councils, elected by all associates, representing all â€” unlike the union, who represents a minority only.”

“We already offer excellent pay, excellent benefits and excellent opportunities for career growth, all while working in a safe, modern work environment,” the spokesperson added.

This week’s strike in Germany falls just as U.S. Amazon workers in Alabama are coming to the end of their own union drive. The vote heads to a count today.

But this month’s strikes in Italy and Germany suggest that even in Europe, trade unions arenâ€™t satisfied with Amazon’s commitment to social dialogue.

â€œOur demand, especially to the German management, is that they have to stop blocking our efforts,â€ said Akman. â€œNo company has ever perished because it pays workers according to the retail collective agreements or because it talks to unions.â€