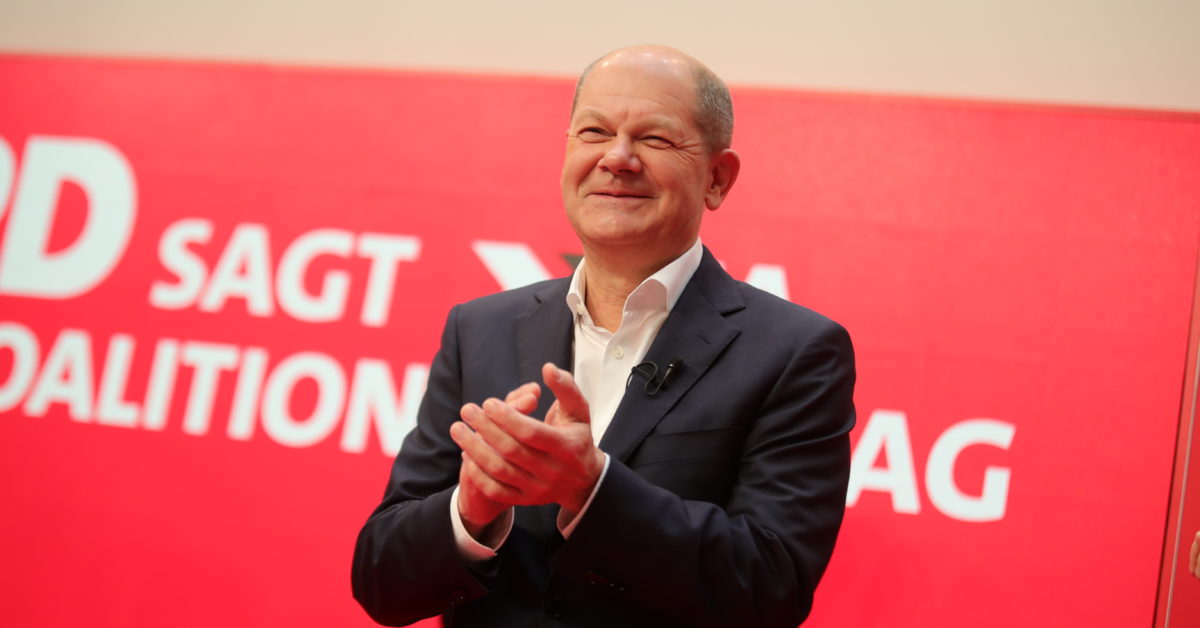 Germanyâ€™s center-left Social Democratic Party (SPD) voted overwhelmingly Saturday to sign off on the coalition agreement to form a new government with the Greens and the liberal Free Democrats (FDP).

A party conferenceÂ approved the deal with 98.8 percent in favor, keepingÂ the SPDâ€™sÂ Olaf Scholz on track to take over from Angela Merkel as chancellor..

The SPD came first in Septemberâ€™s general election with 25.7 percent, ahead of Merkelâ€™s center-right Christian Democrats on 24.1 percent.

Both other coalition parties still have to approve the deal. The FDP party conference is expected to do so Sunday and results of a vote among Green party members is due Monday.

If, as expected, all parties give their backing, the coalition agreement will be signed Tuesday. Scholz could then be elected chancellor in the Bundestag on Wednesday and his cabinet sworn in.

Under the coalition deal, the SPD will hold the ministries of labor and social affairs, health, interior, construction, defense and economic development. It hasnâ€™t yet announced who will fill the posts.

The Greens have already appointed party co-leader Robert Habeck as the head of a new climate and economy ministry, while his fellow co-leader Annalena Baerbock will take over the foreign ministry. Cem Ã–zdemir will hold the agriculture portfolio, Steffi Lemke will be environment minister and Anne Spiegel will become family minister.

Heading for opposition, the Christian Democratic Union launched a referendum among its party members Saturday to choose a successor to Armin Laschet as party leader. The vote is open until December 16.