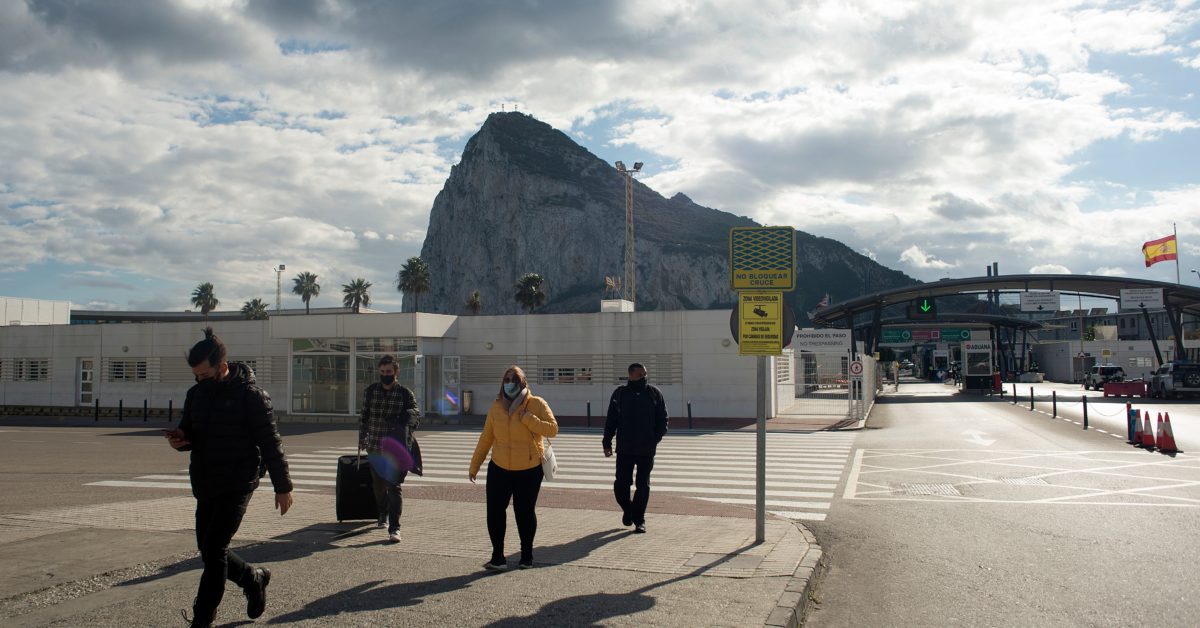 LONDON â€” Gibraltar could yet face the effects of a Brexit no-deal despite the agreement between Spain and the U.K. to allow the British overseas territory to join the Schengen passport-free area, the Rockâ€™s chief minister said.

Fabian Picardo issued the warning during a House of Lords EU committee hearing Tuesday, where he cautioned that the agreement could fall apart in coming months.

The deal allows for Gibraltar, which was ceded to Britain in 1713 during the War of Spanish Succession,Â to join Schengen under the auspices of Spain.

That means Gibraltarâ€™s international border will move to its airport and seaport, paving the way for the demolition of the 1.2-kilometer physical barrier that separates the territory from Spain. Management of that crossing has long poisoned relations with Madrid.

The â€œin-principle agreementâ€, struck on December 31, is still non-legally binding and must be transformed into an international treaty between the EU and the U.K.

The deal has been submitted to the European Commission, which must confirm whether it can form the basis of a treaty, Picardo said.

Brussels will need to appoint a task force and agree on a negotiating mandate before treaty talks can start with the U.K. government, which is responsible for Gibraltarâ€™s foreign policy.

The Commission must also give its view on the timetable for the talks and could opt for a longer negotiating period than the six months envisaged by Spain and Gibraltar.

As part of the process, the Commission will want to be satisfied that arrangements for removing border controls â€œprotect the European single market in goods in a way that will not create distortion,â€ Picardo added. â€œSo there might be some reinforced alignment in some areas.â€

Under the terms of the deal, Gibraltar accepted that it will apply â€œsubstantiallyâ€ the same duties and trade policy measures as the EU, including decisions on customs, excise and VAT legislation, as well as to share reliable statistics on imports with the EU. However, the details are still subject to negotiation, Picardo said.

The treaty negotiations might end up covering many more issues regarding Gibraltarâ€™s future relationship with the EU, such as social security cooperation, potentially extending the length of the talks, he added.

Gibraltarâ€™s visa policy could also be aligned to Schengen to ensure safe access to Gibraltar, Picardo told peers. Holders of Schengen multiple-entry visas, allowing them to enter more than one Schengen member country, could be able to enter Gibraltar for 21 days, he explained.

The chief minister also expressed confidence a mechanism to replace the European Arrest Warrant could be agreed, to prevent those fleeing justice from seeing Gibraltar as a safe haven.

More risks lie ahead. Under the in-principle agreement, the European Border and Coast Guard Agency, known as Frontex, will patrol Gibraltarâ€™s airport and seaport entry points for four years, after which no arrangements have yet been agreed.

If Frontex were to withdraw after that transition period, Picardo said, no chief minister would be able to accept that its role be taken over by Spanish law enforcement authorities because of the â€œinstitutional damageâ€ done to Gibraltarâ€™s trust in Spanish institutions in recent decades.

His preferred outcome would be for Gibraltarâ€™s Borders and Coast Guard Agency to take over those responsibilities, provided that Gibraltar succeeds in gaining the confidence of the Commission and Spanish government during the transition.

Spanish politicians have previously expressed misgivings about the capacity of Gibraltarâ€™s authorities to prevent cross-border crime.

The treaty will â€œno doubtâ€ have a clause allowing all parties to undo the deal, Picardo added, leaving the door open for the British government to exit the arrangements in the future.