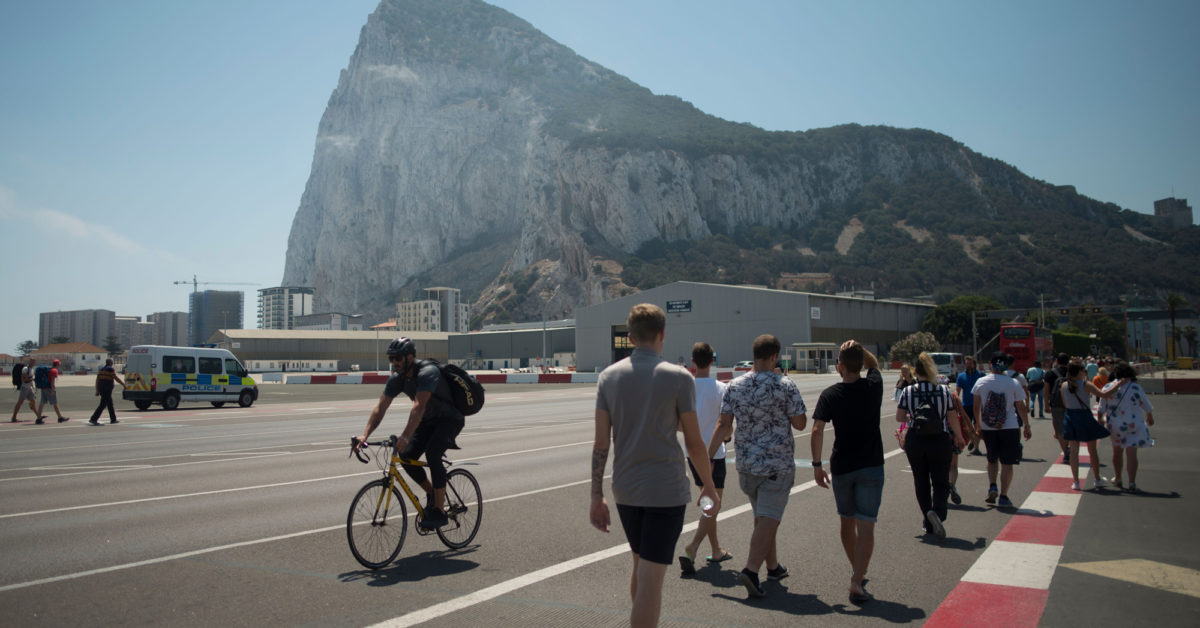 The British overseas territory, located on the southern tip of the Iberian peninsula, and the Isle of Man, a self-governing BritishÂ Crown Dependency, have been reported as two locations under consideration by British officials for the processing of asylum seekers who arrive in the U.K.

The proposal, heavily criticised by NGOs and opposition parties, is thought to be part of a wider plan developed by Home Secretary Priti Patel to overhaul the British immigration system.

Chief Minister of Gibraltar Fabian Picardo said Thursday his government has not received any proposal about processing asylum seekers in Gibraltar and dismissed the media reports as â€œgroundless speculation.â€

However, he has written to Patel saying that even if the proposal was genuine, Gibraltar would not be able to deal with the processing of asylum seekers from the U.K. because of legal issues, the geographic limitations of The Rock, and negotiations with the EU that allow freedom of movement with the Schengen area following Brexit.

â€œWe will not ever shirk our responsibility to help where we can,â€ Picardo said. â€œOur geography makes some things difficult, however, and the processing of asylum seekers to the U.K. in Gibraltar would be one of them.â€

He added: â€œImmigration is an area of my responsibility as chief minister under the Gibraltar Constitution and I can confirm that this issue has not been raised with me at any level. I would made clear this is not [an] area on which we believe we can assist the U.K.â€

A similar message was echoed by the government of the Isle of Man. A spokesman said they have not received any such proposal from London, but stressed that as the Isle of Man â€œis self-governing, the U.K. government would not be able to open any sort of processing centre on the island without consent.â€

Labour accused British minister of putting forward â€œinhumane, ridiculousâ€ proposals on how to treat asylum seekers. The party is instead calling for the reopening of safe routes.

â€œLast year they were talking about creating waves in the English Channel to wash boats back and buying ferries and oil rigs to process asylum claims,â€ the opposition partyâ€™s Shadow Home Secretary Nick Thomas-Symonds said. â€œThese absurd ideas show the government has lost control and all sense of compassion.â€

Pressed on the reported proposals at the daily No 10 press briefing, Prime Minister Boris Johnsonâ€™s official spokesperson said: â€œWeâ€™ve said before that we must fix our broken asylum seeker to make it firm but fair. As part of that weâ€™ve looked at what a whole host of other countries do to inform our plan in the U.K., and we will set out our plans in the coming weeks.â€