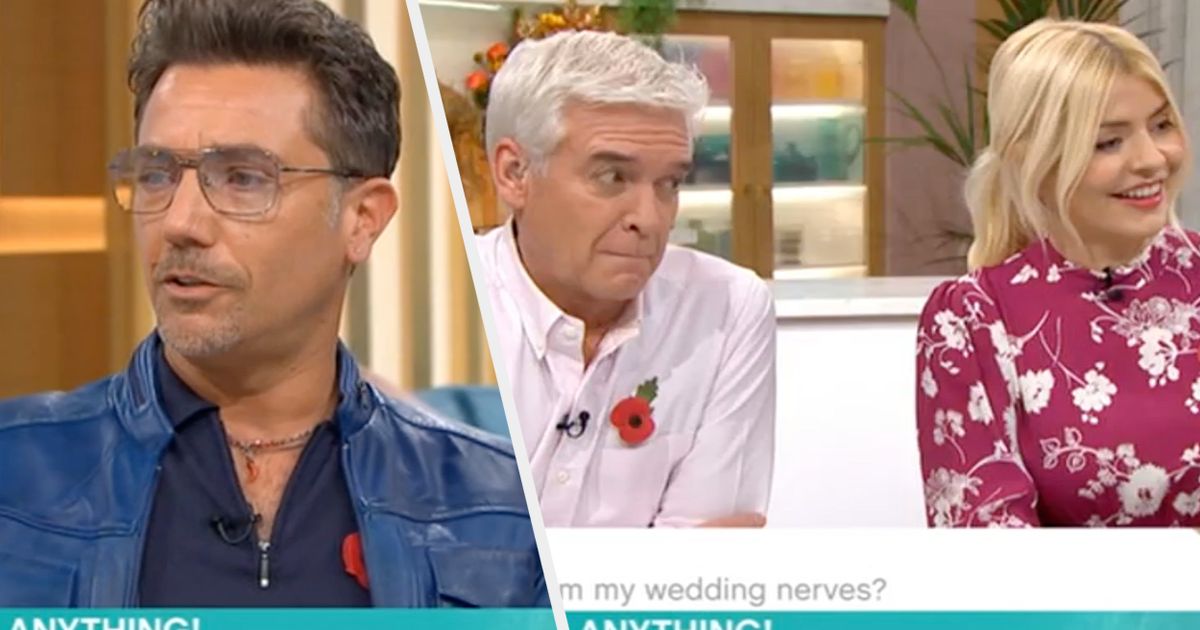 This Morning chef Gino D’Acampo had some words of advice for one nervous bride-to-be that definitely weren’t suitable for daytime TV.

During Tuesday’s edition of the ITV show, viewers were invited to call in and “Ask Gino Anything”, which… let’s be honest, was producers’ first mistake.

As part of the segment, the Family Fortunes host spoke to one woman who needed help with her pre-wedding jitters.

“First of all, it’s normal. It’s a big day, everybody gets nervous,” Gino explained.

“One thing that I used to say to my wife before we got married, I remember, is first of all stop [listening] to her mum and her mother-in-law. Somehow, your mum and your mother-in-law, they think that it’s their wedding, so they get too much involved.”

“Do what you want to do,” he continued. “Stop listening to people around you. And relax. Find something that makes you relax. Anything will do.”

As Phillip Schofield made a knowing face, Gino admitted he’d “got an idea” for one particular relaxing exercise, with Holly Willoughby offering: “A long walk?”

Quite why he felt the need to whisper that when he was wearing a microphone and, indeed, was live on television remains to be seen, with Phillip responding simply: “No. Don’t say that.”

“Go for a long walk! A long walk will do the job!” Gino eventually concluded, with Holly adding: “Enjoy your wedding day, have a lovely, lovely time!”

“We’re gonna cut that,” the cook joked, with Phillip adding: “Yeah, we’ll chop that out when it goes out.”

Regular This Morning viewers will know that this isn’t exactly Gino’s first time lowering the tone out of the blue.

This time a year ago, he caught Holly and Phil off-guard with an off-colour comment about the former’s anatomy, and who could forget his infamous “sausage in the hole” blunder?

This Morning airs every weekday on ITV.