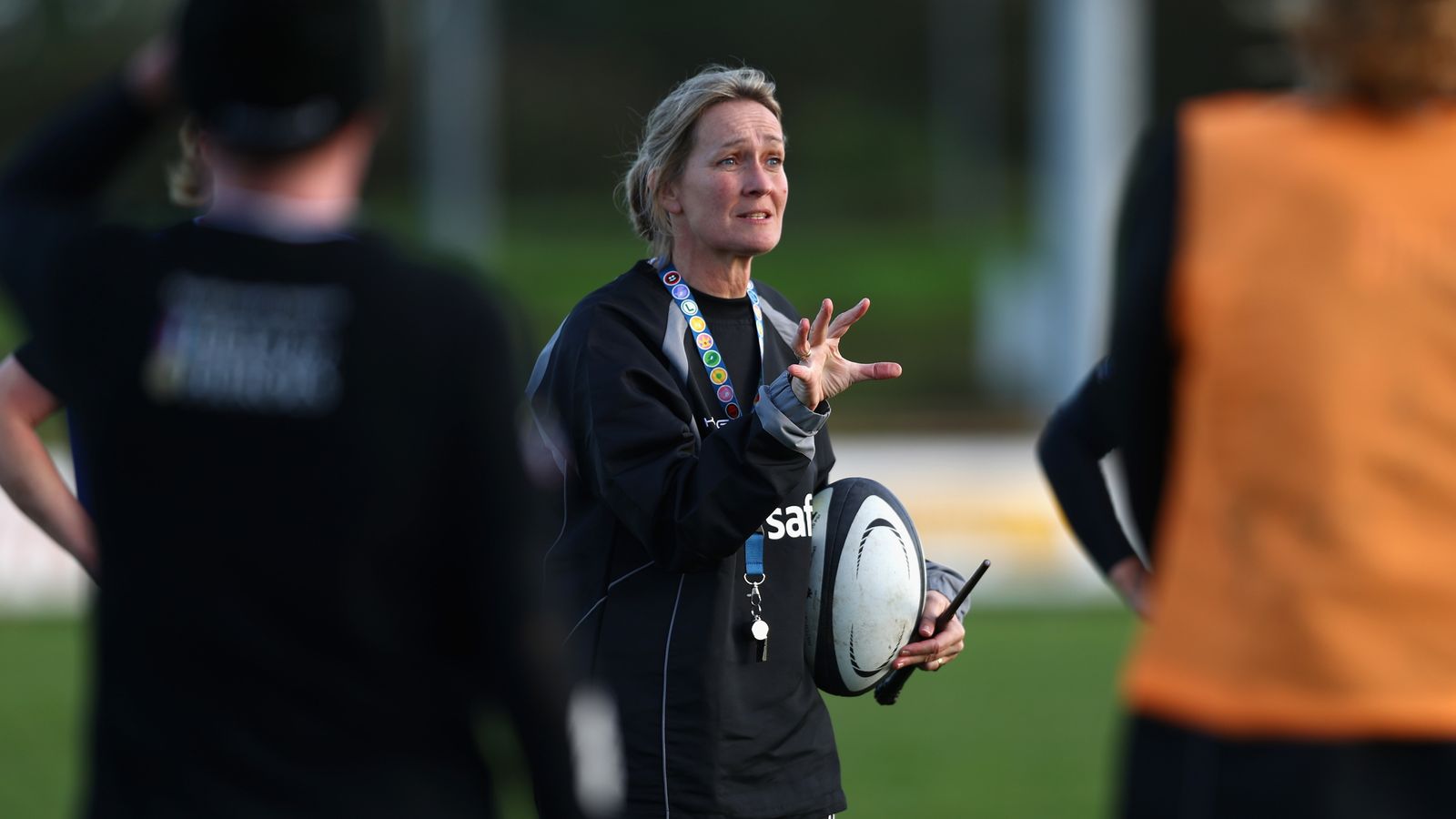 “We are obsessive as a result of the fact that we’re not testing. If we were testing, would we be as obsessive? Well, supposedly we don’t need to be, so probably not.”

Giselle Mather, director of rugby at Wasps Ladies, says a lack of Covid-19 testing in the women’s game has made people more stringent with precautions, and that testing does not guarantee the virus will not get into a camp.

Sale’s men’s side were forced to forfeit their final regular-season game against Worcester after 19 people from within the setup tested positive for coronavirus, which cost the Sharks a shot at the Premiership play-offs.

Similarly, Wasps Ladies’ Premier 15s game against Bristol Bears Women this weekend has been postponed to October 31 after a player in the Bristol team tested positive for coronavirus – and it was determined 19 of her team-mates and two members of staff had come into close contact at training.

England Rugby has said it will not introduce mandatory testing to the women’s game despite a postponement in its first week back, with RFU head of women’s performance Nicky Ponsford saying: “We’re really confident with the system we have in place.”

Mather says the situation at the AJ Bell shows that testing does not guarantee that the virus will be kept out, and that Wasps are taking “obsessive” precautions to keep everything clean in training.

“If you look at Sale, they’re testing and they’ve had the cases come to the camp,” Mather told Sky Sports. “So does testing stop cases coming into your camp? Not necessarily, no.

“From my point of view, because we’re not testing, our awareness of everything is so high. We have hand-sanitising stations everywhere. We wash the balls every 15 minutes.

“There’s a container with alcoholic spray that we use on all the crash pads after every turn, before another group comes along.

“We are obsessive as a result of the fact that we’re not testing. If we were testing, would we be as obsessive? Well, supposedly we don’t need to be, so probably not.

“Therefore, I would almost venture to suggest that we are in a better place, and so far not one of my players has contracted Covid from the 12 weeks’ training that we’ve done.”

Mather says the women’s game deserves a chance to prove itself just as the men’s has had since returning after lockdown.

“We are the elite side of the game, we are running under the elite club protocols, and elite women’s sport deserves to be back just as much as elite men’s sport does,” she said.

“The nation likes sport; we are a sporting nation and they want to see it and they will have the opportunity to see it because Premier 15s games are going to be streamed.

“This week it will be Sale against Loughborough. Next week it’s my own club against Quins, so I’d love everybody to be watching that.

“It will be a high-standard game but under the new laws. We’re still learning, we’re still improving and those games will get better and better as we adapt to the laws that we are playing under.”

The new laws have been brought into the Premier 15s to mitigate the amount of face-to-face contact, including free-kicks being awarded instead of scrums for forward passes and knock-ons.

Mather says although the players need time to adjust to a new way of playing the game, the amount of time the ball spends in play will improve the skills of all the elite women in the country.

“Because we’ve lost the game this weekend we arranged [an internal] game for yesterday evening,” she said.

“We’d already had one previously as well under the new laws and the difference straight away between game one and game two was massive as the players adapt to the new laws.

“We only have five scrums in an hour of rugby. We had 23 restarts through free-kicks or penalties. You’d usually expect around 10 penalties a game. With a free-kick you can’t just kick it off the field, so it produces running rugby.

“We are rugby union and we do have a game for all shapes and sizes, and by keeping the scrummage in it, it’s still an essential part of the game, but we have cut out 80 per cent of them.

“Last night I saw two or three tries that were absolutely breath-taking, so from my perspective the hidden consequences of all this is we’re going to have a lot of ball-in-play moments and I’m hugely excited about that.

“The opportunity to take quick taps; they’re going to become much more aware of that side of the game and the ball will see a lot more air than it currently does.

“When [the Red Roses] get to play France and New Zealand, who are really challenging sides, I think the skill level of our girls is going to go through the roof and the requirements that they’re going to have through this training program will see them produce some fantastic rugby.”