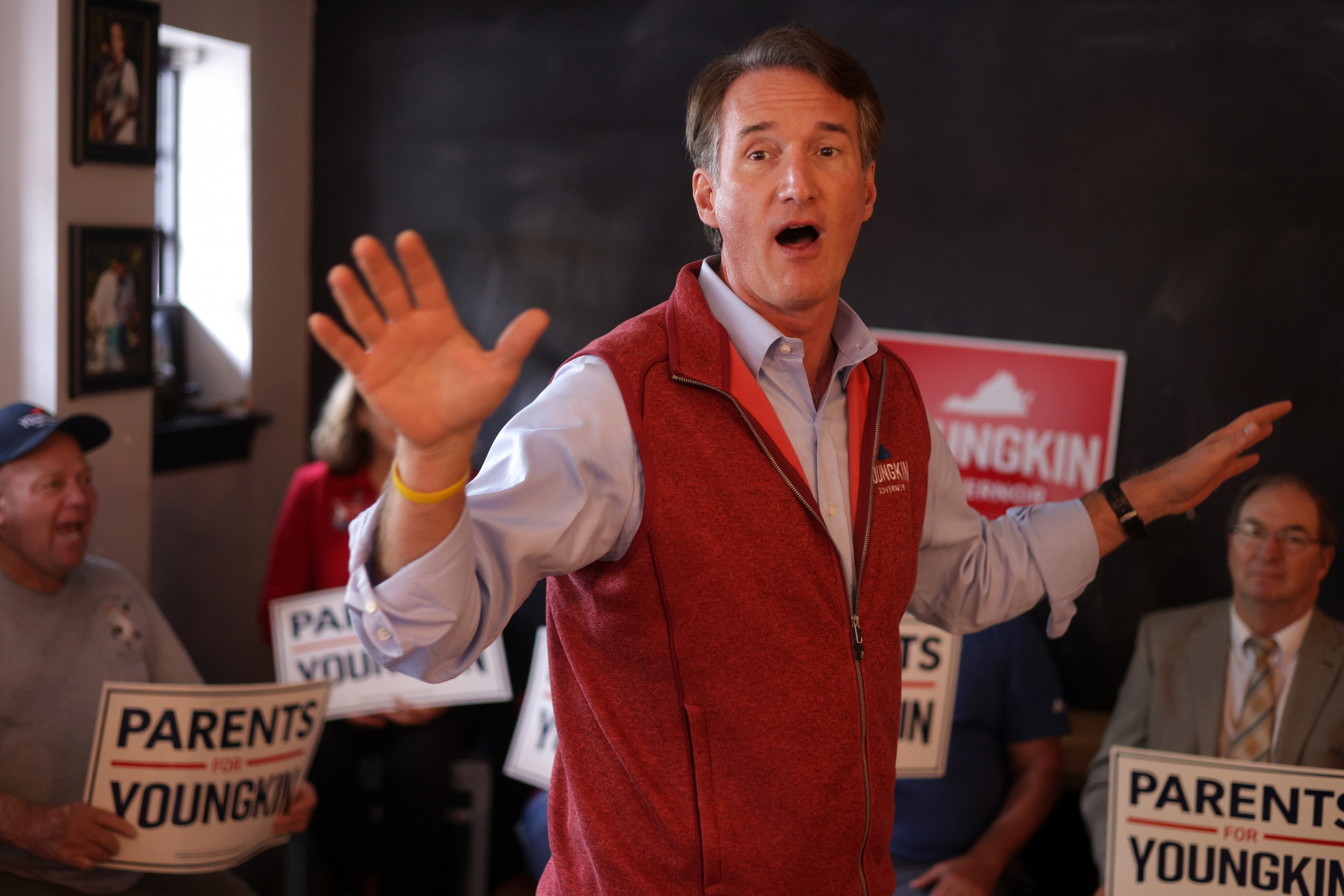 Virginia gubernatorial candidate Glenn Youngkin has so far kept his distance from former President Donald Trump, despite being a Republican and enjoying his endorsement.

Youngkin hasn’t yet campaigned with Trump and didn’t attend a “Take Back Virginia” rally on Wednesday, at which the former president phoned in to support him in the governor’s race.

Recent polling from Fox News might provide an insight into why Youngkin has appeared reluctant to embrace Trump more fully amid a tight race with Democrat Terry McAuliffe.

Fox News found that Trump’s numbers are not good in Virginia, with 53 percent of likely voters having an unfavorable view of him.

Trump’s favorability in Virginia stands at 44 percent, well behind President Joe Biden‘s at 50 percent and McAuliffe’s at 52 percent.

The poll also showed that Youngkin is viewed more favorably among Virginians than Trump, with 48 percent of respondents viewing him favorably and 44 percent unfavorably.

The Fox News poll was conducted from October 10 to 13 among 726 likely Virginia voters and has a margin of error of 3.5 percent. Polling on the Virginia governor’s race has been limited so far, but McAuliffe currently enjoys a slim lead in what’s shaping up to be a close race.

At the Wednesday event, rallygoers recited the Pledge of Allegiance before a U.S. flag that the hosts of the event said had been carried during a Trump rally in Washington, D.C., on January 6 – the same day as the deadly Capitol riot.

McAuliffe and Virginia Governor Ralph Northam, a Democrat, both condemned the event and Youngkin distanced himself from it in a statement on Thursday.

“While I had no role in last night’s event, I have heard about it from many people in the media today,” Youngkin’s statement said. “It is weird and wrong to pledge allegiance to a flag connected to January 6. As I have said many times before, the violence that occurred on January 6 was sickening and wrong.”

Youngkin went on: “My campaign isn’t about the past, it is about the future and bringing everyone – Republicans, Independents, and Democrats – together around my vision for a Virginia that is safer, stronger, and less divisive, with the best schools and the best law enforcement and the best economy.”

Trump also repeated unfounded claims of fraud in the 2020 election at Wednesday’s rally. Claims that the election was “stolen” from Trump have proven difficult for Youngkin to navigate. During the Republican primary, he declined to say if Biden had been elected fairly. However, Youngkin later said he believed the election was fair and there wasn’t significant voter fraud.

“I have said this before, Joe Biden was legitimately elected our president,” Youngkin told Fox Business on May 13. “He took the oath and was sworn in. He’s sleeping in the White House. He’s unfortunately signing executive order after executive order.”

Trump’s apparent unpopularity in Virginia is coupled with the fact he lost the state to Biden in the 2020 presidential election. Biden won 54.4 percent of the vote, compared with 44.2 percent for Trump. Former Secretary of State Hillary Clinton also won Virginia in the 2016 presidential election and former President Barack Obama won there in 2008 and 2012.

The close race in Virginia has come to be viewed as key test for Democrats following their electoral victories in 2020 and 2021. A Youngkin victory would be a major win for Republicans, but the gubernatorial candidate is so far keeping the party’s putative leader at arm’s length.