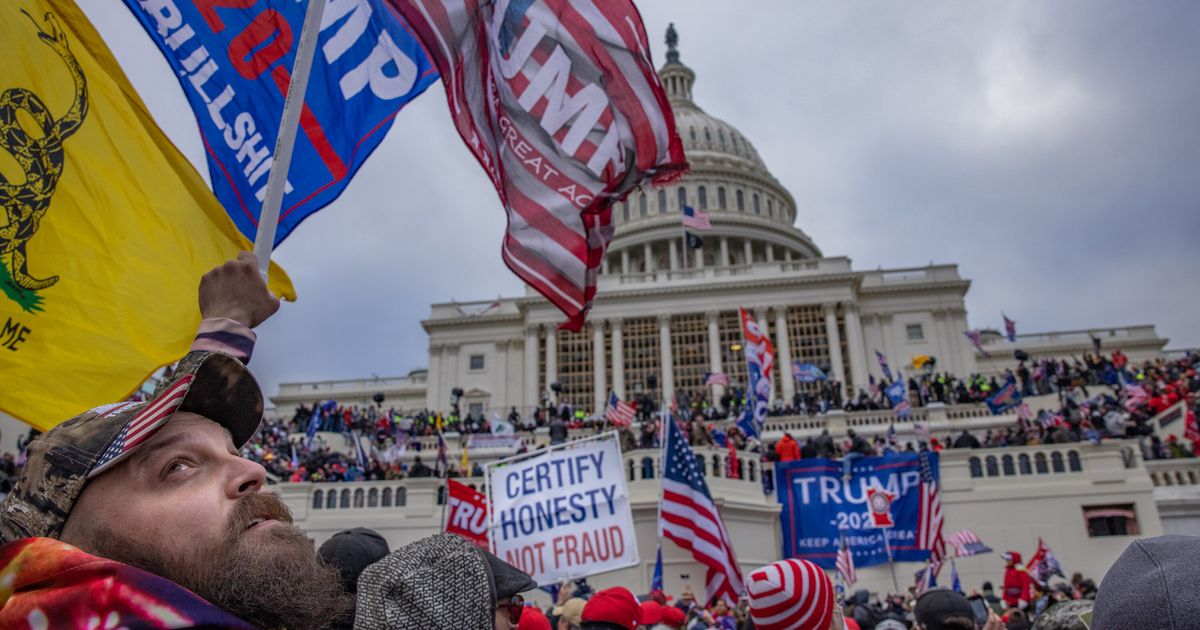 To help quell mounting political violence in America, critics warn that Republicans have to stop praising violent insurrectionists who participated in last year’s storming of the U.S. Capitol and other extremists as “patriots” and “heroes.”

And they have to stop filling supporters’ heads with crazed QAnon theories, critics have warned.

“When you hold up domestic terrorists like those that participated in Jan. 6 as heroes, when you call them political prisoners, when you say that they should be pardoned for participating in that active insurrection you are sending the message loud and clear that violence is what you want — that trial by combat is what you want,” former Republican official Kurt Bardella warned Friday on MSNBC’s “The Beat.”

The latest outcry against politically motivated violence has been sparked by a vicious attack on Paul Pelosi, husband of Democratic House Speaker Nancy Pelosi. He was beaten with a hammer by a Trump-supporting suspect who broke into the couple’s San Francisco home early Friday, according to police.

Rep. Adam Kinzinger (R-Ill.) drew a line from unhinged conspiracy theories being fiercely peddled by GOP candidates to increasingly violent and out-of-control extremists in his response to the attack on Paul Pelosi.

“When you convince people that politicians are rigging elections, drink babies’ blood, etc., you will get violence. This must be rejected,” Kinzinger tweeted.

I’m waiting for the police briefing, but i want to be clear: when you convince people that politicians are rigging elections, drink babies blood, etc, you will get violence. This must be rejected.

This is why the Jan 6th committee is so important.

While violent protesters from Charlottesville to Jan. 6 have been supported by Trump, the “armed attackers sought to impose their views on their fellow citizens not with their vote, but with their fist,” Homeland Security Committee Chair Rep. Bennie Thompson (D-Miss.) emphasized in a statement Friday.

It will continue, warned Thompson, who is also the chair of the House Jan. 6 committee, unless elected officials “reject the conspiracy theories that are proving so divisive.”

Inciting verbal attack have continued even amid increasing political violence and intimidation as the midterm elections near.

A new domestic intelligence assessment from the Department of Homeland Security and other agencies warned that extremists fueled by election falsehoods now “pose a heightened threat” to the upcoming midterms, especially by “lone offenders who leverage election-related issues to justify violence.”

The threat of violence is “worse than it’s ever been,” Democratic pollster Cornell Belcher told The Associated Press. “This is uncharted waters.”

He blamed “the mainstreaming of behavior in politics that was, once upon a time, left or right, abhorrent.”

Check out Kurt Bardella’s interview below: