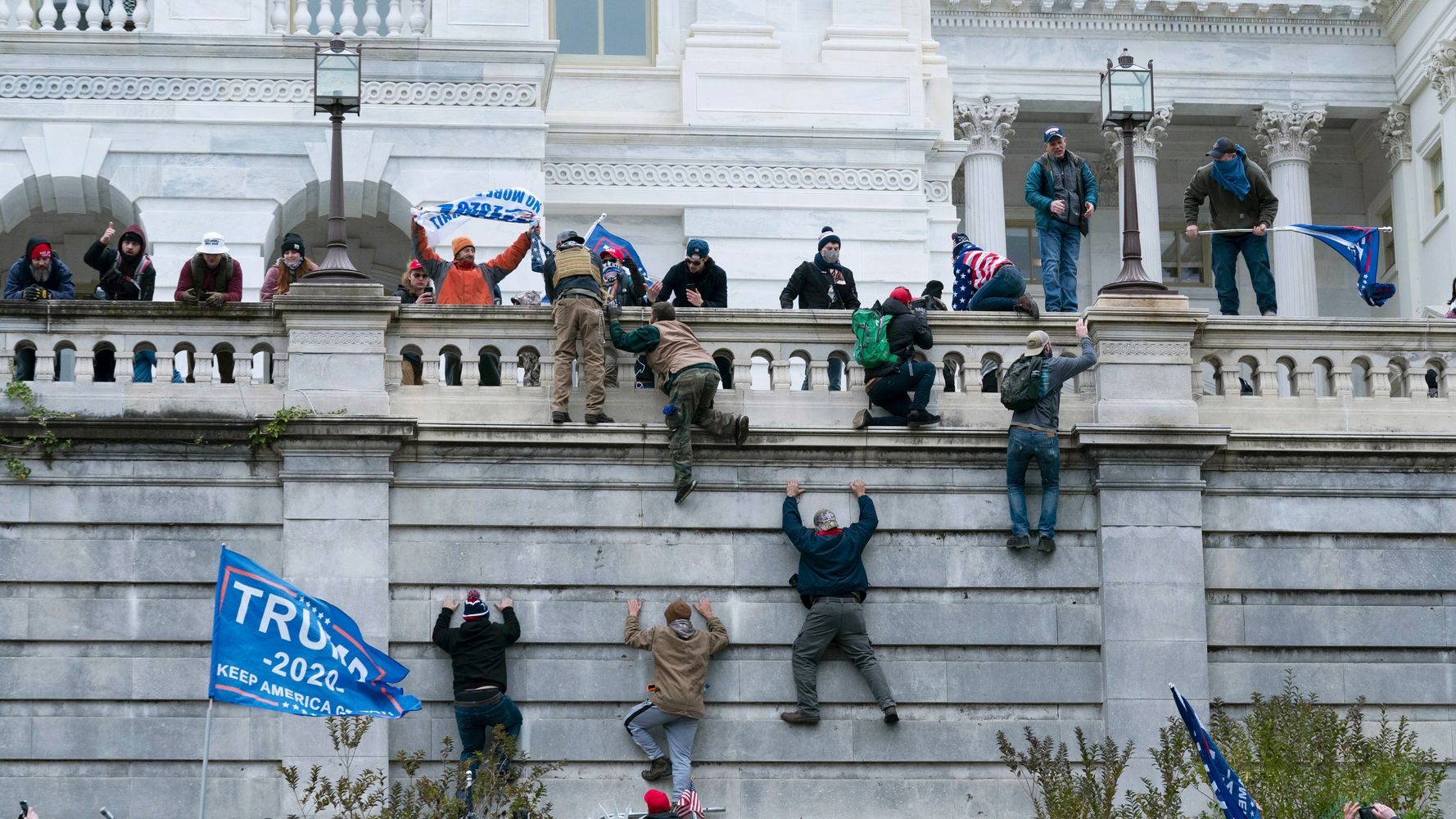 WASHINGTON â€• If, as seems likely, Republican senators vote to give Donald Trump a pass despite his calling together and then inciting a mob to attack the Capitol in an attempt to retain power, they may also be giving permission to future presidents who lose reelection to try the same thing.

Matthew MacWilliams, who while writing his doctoral dissertation on authoritarianism in 2015 realized that then-candidate Trump was a living example, said the Republican Party is openly endorsing Trumpâ€™s actions as acceptable.

â€œTheyâ€™re saying that political violence is legitimate,â€ said MacWilliams, the author of â€œOn Fascism,â€ which explores episodes of authoritarianism in the United States. â€œI donâ€™t use this analogy lightly, but even Hitler paid a price for his â€˜Beer Hall Putschâ€™ (in 1923). He went to jail.â€

The former president began lying in the wee hours of election night last November by saying he had actually won a second term and that it was being stolen from him. In mid-December, Trump began urging his followers to come to Washington on Jan. 6, and on that day he urged them to march on the Capitol to pressure Congress to refuse to certify Democrat Joe Biden as the electionâ€™s winner.

Thousands of Trumpâ€™s fans swarmed there, pushing through police barricades, with many hundreds entering through broken windows and doors into the building itself. They searched for Vice President Mike Pence, House Speaker Nancy Pelosi and others with the stated intention of murdering them. Outside, hundreds of rioters assaulted police officers with chemical sprays, flagpoles and other weapons.

Five died on Jan. 6: one Capitol Police officer and four Trump supporters, and two other officers took their own lives in the following days. Another 140 officers were injured in the attack.

Despite this, all but a handful of Senate Republicans are expected to acquit Trump on the impeachment charge passed by the House one week after the attack. Of the chamberâ€™s 50 Republicans, 44 voted to dismiss the case as â€œunconstitutionalâ€ because Trump is no longer in office. Seventeen of them would have to vote with the 50 Democrats to convict Trump to reach the two-thirds threshold required.

One Republican consultant who works on Senate campaigns said GOP senators are not supporting Trump as much as they are trying to find the best way of getting past him without alienating his supporters. â€œI donâ€™t think it will be any kind of endorsement of his behavior, they just want to put it behind them,â€ he said on condition of anonymity.

Rory Cooper, a former top House Republican staffer, said that explanation shows just how little GOP lawmakers are thinking about the nation as a whole.

â€œIf they were thinking about the country or future presidents, they would be doing what their hearts tell them, rather than what their pollsters are telling them, and thatâ€™s to convict Trump,â€ he said. â€œThey are set to excuse the totality of events that threatened their own very lives and that of the staffers that support them, the police officers who protect them, and the vice president who was there to follow the Constitution.â€

Republicans for decades have fashioned themselves as the party of â€œlaw and order,â€ passing â€œthree-strikesâ€ laws and pushing for longer prison sentences for crimes, all with the idea that swift and certain punishment is necessary as a deterrence.

Danya Perry, a former federal prosecutor in New York, said the goal of such initiatives is to both prevent a particular criminal from committing crimes in the future as well as to make an example for others.

In the case of Trump, a conviction would both prevent him from ever again running for federal office, including the presidency, and also make clear to future presidents that his behavior was unacceptable in a democracy.

Senate Republicans would be sending the exact opposite message with an acquittal, she said. â€œThey are saying that lame-duck presidents are immune. They cannot be criminally prosecuted thanks to presidential immunity and they cannot be convicted by the Senate if they resign or leave before the trial,â€ she said. â€œThat lame-duck president will be the most dangerous person on the planet.â€

Michael Cohen, Trumpâ€™s longtime lawyer and fixer who served prison time for, among other things, arranging illegal hush-money payments to women with whom Trump had affairs, said the country is lucky that the former president is so incompetent â€• including, as it turned out, in his attempt to overturn the election and install himself as ruler.

â€œThe fear should be that the precedent this failure to convict will set opens the door for a smarter, wealthier and more sinister Donald Trump that will likely appear in the future and destroy our democracy,â€ Cohen said.

â€œThe danger is not the populist who canâ€™t pull it off, itâ€™s the one who can,â€ added Jolly. â€œIf youâ€™re smart enough not to get caught like Donald Trump, you really could pull it off.â€