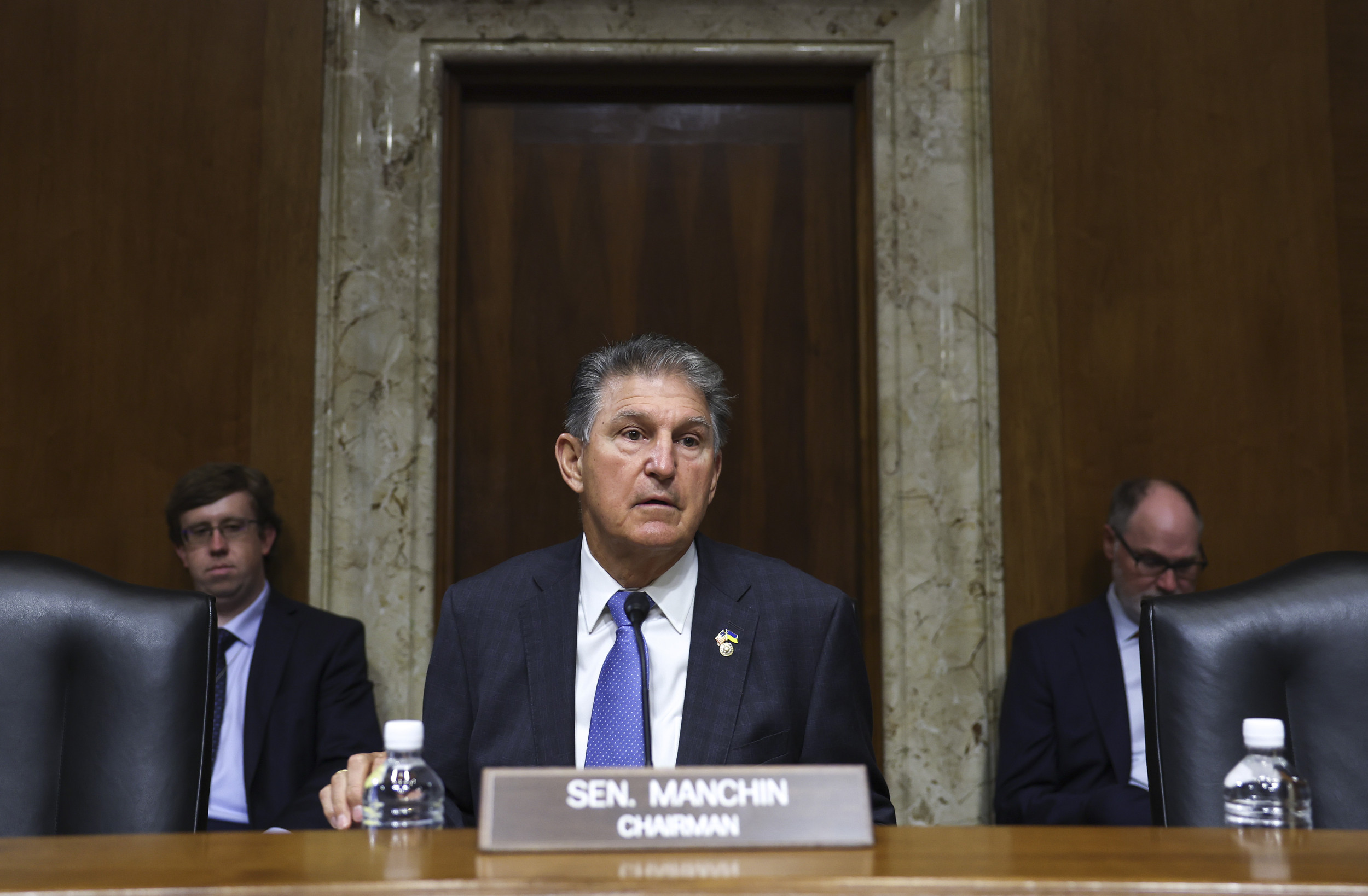 An energy bill introduced by Senator Joe Manchin as part of a continuing resolution to avoid an October 1 government shutdown is being met with opposition by both Senate Republicans and House Democrats.

Manchin, a Democrat from West Virginia and chairman of the Senate Energy and Natural Resources Committee, released the Energy Independence and Security Act of 2022 on September 21. The proposed 91-page legislation includes federal reforms that aim to boost energy supply and security, in turn positively affecting gas prices.

As Politico reports, Minority Leader Mitch McConnell is among Senate Republicans whipping against Manchin’s inclusion of the energy bill into a larger bill that if passed would give Ukraine more than $12 billion in emergency funding, among other things.

If Manchin’s bill were to succeed and be part of the wider-ranging legislation, it would fund the government until December 16.

“If the Democrats insist on including permitting reform, I will oppose it,” said Senator Richard Shelby of Alabama, the top GOP appropriator.

McConnell said September 21 that “Democrats’ runaway inflation includes skyrocketing costs” for American families, in addition to “dangerous vulnerabilities” due to Democratic policies in states like California—which has had electrical grid issues.

He also blasted Manchin, who, in voting for the Inflation Reduction Act that passed August 16, “secured a commitment” from President Joe Biden, Senate Majority Leader Chuck Schumer and House Speaker Nancy Pelosi to pass his energy reform package by the end of this fiscal year.

“Every Democratic Senator cast the deciding vote for that reckless spending spree [the Inflation Reduction Act],” McConnell said. “That includes the senior senator for West Virginia, who claims he only did so because the Democratic leader promised him that Democrats would line up behind permitting reform to make it easier to build things and complete projects in America.

“But now, very predictably, this backroom deal is crumbling before our eyes.”

McConnell made note of Democrats, including independent Senator Bernie Sanders of Vermont and dozens in the House, who do not support Manchin’s bill.

Reuters reported that 77 Democrats in the House signed a letter to Pelosi opposing Manchin’s bill.

In that letter, House Democrats said Manchin’s legislation would negatively affect the Clean Water Act and “allow polluting manufacturing and energy development projects to be rushed through before the families who are forced to live near them are even aware of the plans.”

On September 8, Sanders spoke on the Senate floor in opposition of Manchin’s “dirty side deal” that includes a federal requirement to issue permits for the $6.6 billion Mountain Valley Pipeline to take natural gas between West Virginia and Virginia.

Congress should “listen to the scientists and the environmental community…and eliminate the $15 billion in tax breaks and subsidies Congress is already providing to big oil and gas companies each and every year,” Sanders said.

In an appearance Monday on Fox News‘ Your World With Neil Cavuto, Manchin said Sanders has “never been for any permitting reforms whatsoever, and he’s not been for an energy policy that works for America.”

“What I didn’t expect is that Mitch McConnell, my Republican friends would be signing up with Bernie or trying to get the same outcome by not passing permitting reform,” Manchin said.

“The United States lags behind the rest of the developed world when it comes to permitting & building major energy projects,” he tweeted, along with a video from a separate Fox News appearance. “This isn’t about me—this is about helping #WV & America. It’s time to put the toxic tribal politics aside and put America first.”