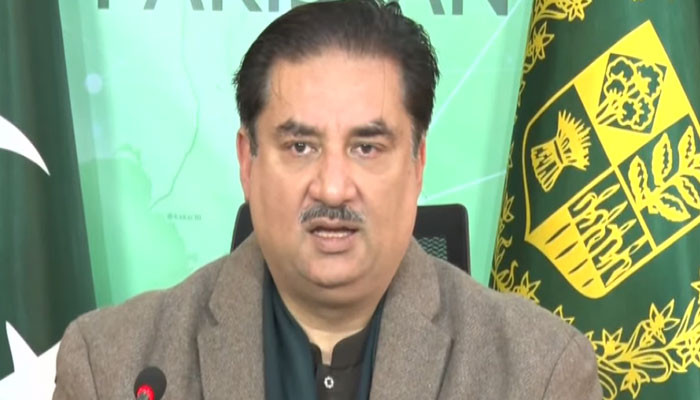 Federal Minister for Energy Khurram Dastgir on Tuesday said that they have not been able to find out the reason behind the fault that caused the countrywide power breakdown, adding the federal government will also probe the possibility of “foreign intervention” into this.

A major power breakdown caused by “frequency variation” in the transmission system, hit large areas of the country at around 7:30 in the morning. The electricity wasn’t fully restored till late at night, bringing life to a standstill in Pakistan as several cities were left without electricity.

“There are concerns, and have to be investigated if a foreign intervention was made via hacking our power distribution system,” Dastagir said in a press conference on Tuesday, as the restoration work continued past 24 hours after the country plunged into darkness.

The minister said that the “possibility of foreign intervention through the internet is low,” however, the matter will be probed as there have been multiple incidents recently.

Dastgir said that Prime Minister Shehbaz Sharif has formed a three-member inquiry committee which will be headed by Minister of State for Petroleum Musadik Malik.

He further said that there will be a shortage of electricity and the citizens will face loadshedding in the next 48 hours. He added that the system will be completely restored by Thursday.

He said that National Transmission and Despatch Company’s (NTDC) 1,112 grid stations across Pakistan have been restored.

“The electricity was completely restored today at 5:15am,” the minister said.

However, people were complaining in Karachi and other cities that the supply has not been fully restored and many areas are still offline.

The power minister said that the nuclear plants will take about 48 to 72 to restart while the coal plant requires 48 hours to resume operations. He added that the power distribution system is safe.

“We faced a technical challenge Monday morning. There was a voltage fluctuation in the transmission lines and the reason behind it is still unknown,” he added.

Dastgir added that electricity is required to start a power plant, adding that the country has plenty of oil to run power plants.

Talking about the power outage in Karachi, the minister said that supply will be restored in the port city soon. “Routine loadshedding is being carried out,” he added.

He highlighted that this was a technical issue which led to the breakdown in the country.

Moreover, the electricity in the flood-affected areas in Sindh and Balochistan was restored yesterday.

The minister said that he will submit a report regarding the power breakdown to PM Shehbaz today.

Blaming the previous Imran Khan-led government for this incident, Khurram Dastgir said that it is the outcome of four years of incompetence and criminal negligence.

“We have to work on the upgradation of grid systems in Faisalabad, Lahore, and Zhob as these stations are four-year-old,” he said, adding that only Matiari–Lahore transmission line has a protection system.

When asked whether he will resign as there have been two breakdowns during his tenure, Dastgir said that those who didn’t invest in the project in the last four years should be held responsible.

On the other hand, a K-Electric spokesperson said that currently “all grid stations in the city are functional” and the restoration process is underway at the local level.

In its power update at 9:34am, the power utility added that the situation has improved further in the metropolis after the supply was restored from the national grid last night.

The official, however, added that temporary load management can be done in the city to keep the system stable.

The country plunged into darkness Monday morning due to a fault in the national grid which Power Minister Khurram Dastgir blamed on a “voltage surge” in transmission lines in the country’s South.

Soon after the power breakdown was reported, Dastgir, while talking to Geo News, said that the power generation units are temporarily shut down in winter at night as an economic measure to save fuel costs.

“When the systems were turned on at 7:30am this morning one by one, frequency variation was reported in the southern part of the country between Jamshoro and Dadu,” the minister had said on Monday.

Analysts and officials blame the power problems on an ageing electricity network, which like much of the national infrastructure, desperately needs an upgrade that the government says it can ill afford.

PM Shehbaz Sharif took strict notice of the power outage and ordered the constitution of a high-level three-member committee to probe the reason behind the breakdown.

The prime minister — who was annoyed due to the impact of the breakdown — also sought a report from the energy minister, a statement from the PM’s Office said.

The prime minister also directed the officials to immediately restore the electricity supply.

The National Electric Power Regulatory Authority (NEPRA), in a statement, also said that it has taken “serious notice” of the power outage and directed the NTDC to submit a “detailed report”.

The statement also said that the regulator has previously imposed fines on similar outages in 2021 and 2022. It also shared that NEPRA has consistently issued directives and recommendations on tackling such events in the future.

Every time the party in power announced to conduct a comprehensive probe and vowed to rectify the issues but nothing has happened despite multiple inquiries.