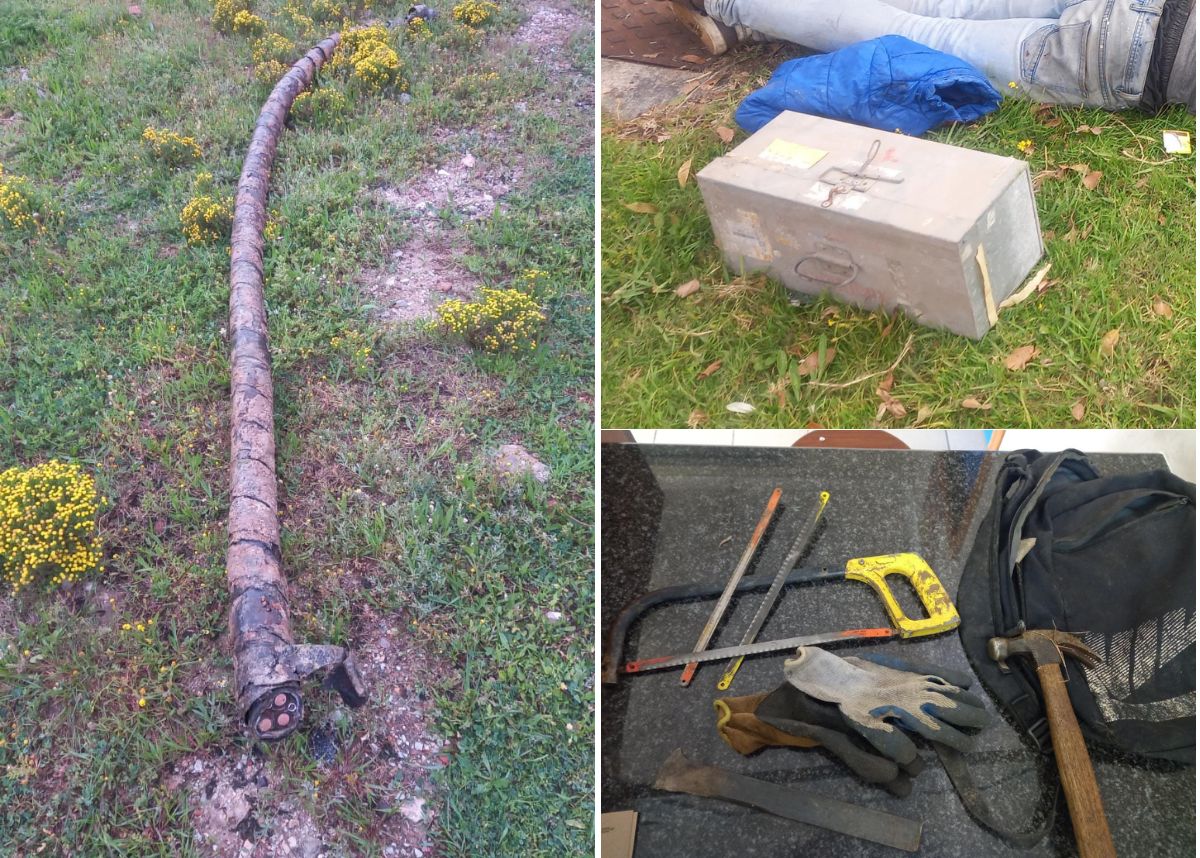 The cable thief was apprehended by a dog named Max

At around 5:30 on Saturday, two K9 members were on foot patrol with their dogs in Whyteleaf Drive in Algoa Park, said spokesperson Colonel Priscilla Naidu.

“While walking in the bushy area under the electrical pylons, they noticed two males carrying a big piece of electrical cable on their shoulders from a trench under the pylons. When the suspects noticed the members approaching, they dropped the cable and started to run,” said Naidu.

The suspects ignored several warnings to stop and one of the dogs, Max, was released and apprehended one suspect. The 37-year-old has been charged in terms of the Criminal Matters Amendment Act – damage to essential infrastructure and is expected in court soon.

Around four metres of copper cable, a hammer, a metal bar and a hacksaw with blades were seized.

On the same day at around 15:15, K9 members were around the airport area where cargo is stored as they received a number of complaints about suspicious people in the area.

“While circling the boundary of the premises, they noticed that the boundary wall was broken and the side door of the mechanical building was also broken. As the member with his dog Max cautiously approached the building, one person was seen running out of the building towards the direction of the broken boundary wall,” said Naidu.

Similar to the previous incident, the suspects did not stop after being warned and Max was once again released. He apprehended the suspect and a second suspect was found inside the building.

The suspects, aged 29 and 19, were detained on charges of housebreaking and theft and are expected in court soon.