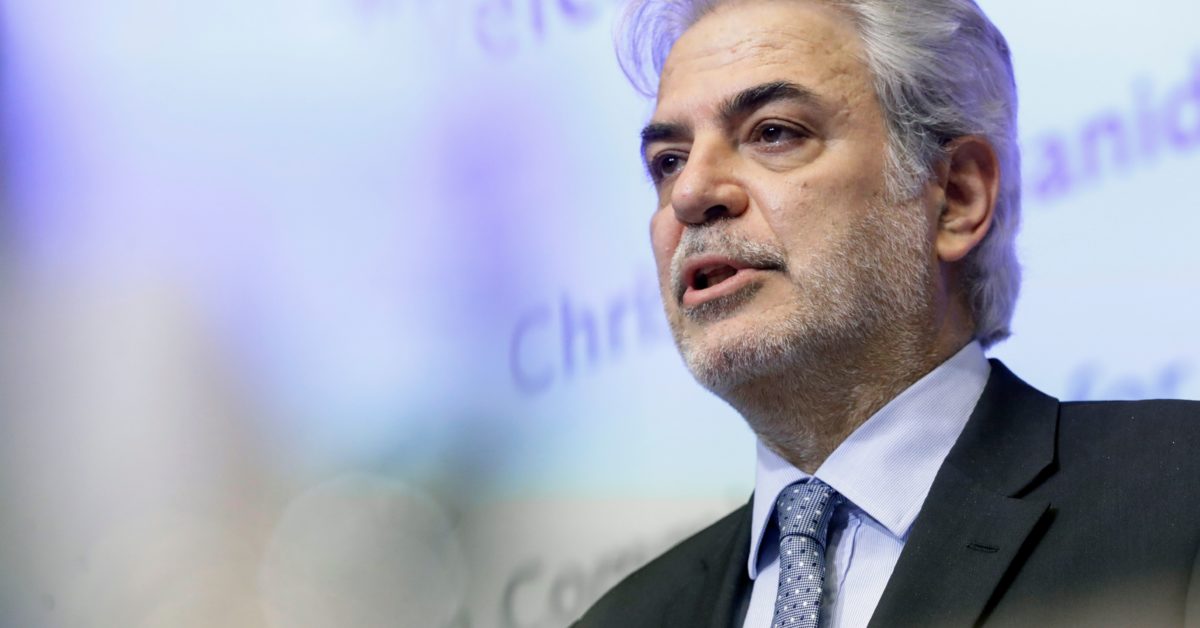 ATHENS â€”Â Greece has created its first-ever ministerial postÂ toÂ solelyÂ handle the fallout fromÂ climate change in the wake of this summerâ€™s devastating wildfires â€”Â and itâ€™s bringing in a former EUÂ crisis manager expertÂ to inaugurate the role.Â

The appointment highlights how climate change challenges have vastly expanded for governments in recent years, stretching far beyond efforts to simply cut emissions to also includeÂ handling moreÂ severe weather events, such as floods and wildfires. Few, if any, European governments have such a post currently.

In Greece, the government is under pressure to shore up itsÂ response toÂ the wildfires that tore through parts of the countryÂ last month, razing swaths of woods, burning buildings, killing animals and sending thousandsÂ of peopleÂ fleeing from their homes.Â

â€œThe consequences of climate change have overtaken us and we must accelerate the major changes without delay,â€ StylianidesÂ posted on Twitter. â€œDisaster prevention and preparedness is the most effective weapon we have.â€Â

Stylianides, a Cypriot national, will receive honorary Greek citizenship so that he can serve in the post before being sworn in Friday, government spokesman Giannis Oikonomou said.

The government has faced severe criticism over how it managed the devastating blazes. Mitsotakis has admitted lapses in the state responsesÂ andÂ last weekÂ reshuffledÂ his top officials in an attempt to show the government is addressing the situation. He ousted former Civil Protection Minister Michalis Chrisochoidis and moved his deputy, Nikos Hardalias, to another post.

And in July, Athens appointed local government veteran Eleni Myrivili as Europeâ€™s first chief heat officer, with a remit to help residents cope with deadly and increasingly common high temperatures. Writing inÂ POLITICOÂ last week, Myrivili said: â€œWhileÂ efforts by cities to mitigate the impact of a warmer world are finally beginning to gain momentum, when it comes to preparedness, much more still needs to be done.â€

Now, Stylianides has also been brought in to head the countryâ€™s firefighting and disaster relief policies, both of which experts say are in need of an overhaul. Greece has been criticized for focusing too much on fire response, and not enough on fire prevention.Â

Stylianides is considered a crisis management specialist. During his term as an EU commissioner from 2014 to 2019, he upgraded the EUâ€™s Civil Protection Mechanism, aimed at shoring up the blocâ€™s disaster response efforts. He also established a program specifically focused on enlisting EU countries to better respond to wildfires and other natural disasters.Â

Before thatÂ role, Stylianides was the EU’s head coordinator for the bloc’s response to the Ebola virus epidemic in West Africa.

Former chief of the Greek air force staff, Evangelos Tournas, has been appointed as Stylianidesâ€™ deputy.