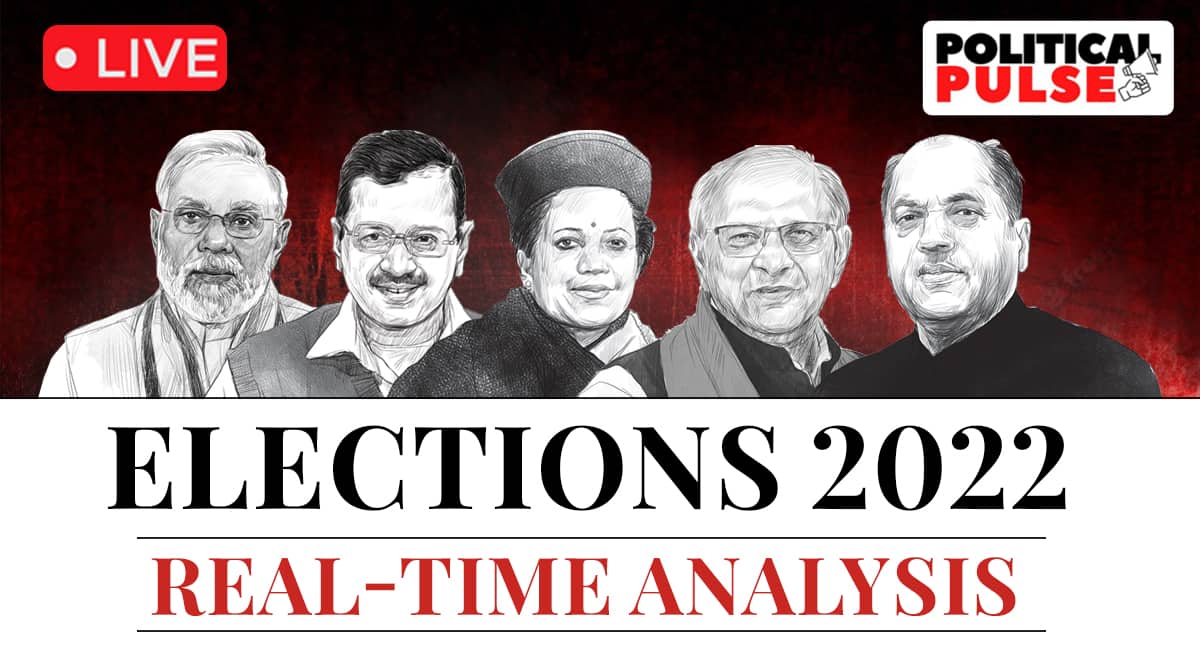 BJP supporters wait to get a glimpse of PM Narendra Modi outside a polling booth in Gujarat’s Ranip on Monday during the state elections. (Express photo by Nirmal Harindran)

On the surface, Gujarat 2022 looks, in the words of a BJP leader, a “neeras (colourless)” election. A Congress leader agreed that everything about it is “anmana (indifferent)”. There is no wave, even though the BJP seems set to win — its workers not fired by the enthusiasm they have shown in the past.

The Congress, which should have been upbeat, having come close to defeating the BJP in 2017, displays a fatigue. This when many, including BJP leaders, said this was the Congress’s election to take “101 taka” — if only it had got its act together and projected an effective leader. Today, many can’t even name who is its party chief or leader in the state Assembly.

Hurt by rising prices and economic distress, many talk about the need for “badlav”, some openly, others cautiously. How this plays out depends on the unanswered question in Gujarat 2022: is there an undercurrent for the political newbie, Aam Aadmi Party? — Neerja Chowdhury writes

In the Congress, meanwhile, there is palpable tension about the results in the Gujarat and Himachal Pradesh Assembly polls that will be declared on December 8. The party is spending all its energies and focusing all its attention on making the Yatra a success, which, it believes, is getting huge traction. So will it translate into electoral success? Every single leader of the Congress is desperately hoping that “we should at least win one state.” The unsaid fear is that a defeat in both the states, Gujarat and Himachal Pardesh, could deflate the momentum created carefully around the Yatra.

The “one state” they are looking to win is Himachal. Rahul had stayed away from the hill state, but Priyanka invested herself into the Congress’s campaign there. But all eyes are on Gujarat. Not just for Rahul or the Congress, this week is crucial for the Opposition as a whole. The contours of the political opposition which will take on the Narendra Modi juggernaut in 2024 could well be written or rewritten in the wake of the Gujarat election outcome. — Manoj C G writes