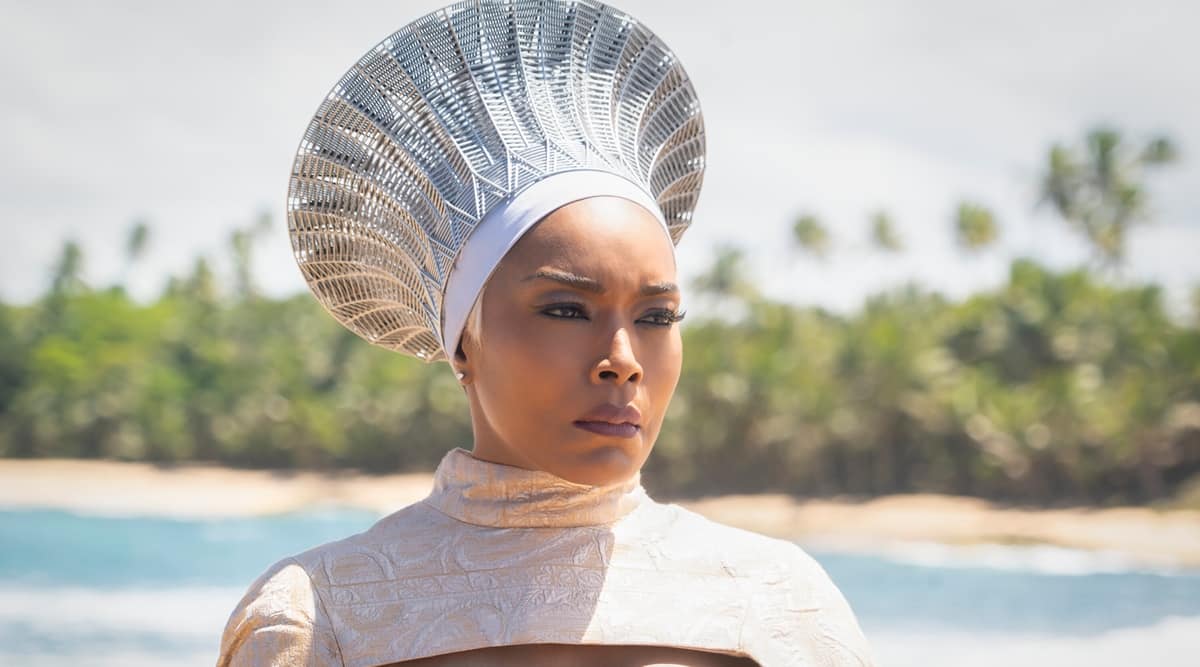 In the first “Black Panther,” Angela Bassett brought a regal presence to the role of Ramonda, the queen of the fictional African nation of Wakanda and one of many Marvel characters introduced in Ryan Coogler’s 2018 comic-book blockbuster.

Out of tragedy and necessity, Ramonda has a more substantial part to play in the new sequel, “Black Panther: Wakanda Forever.” Following the death of Chadwick Boseman in 2020, the plot was reconceived to reflect the loss of its protagonist, T’Challa, and to show how the other characters mourn his absence and move forward.

For Bassett, an Oscar and Emmy nominee whose credits include the films “What’s Love Got to Do With It,” “Waiting to Exhale” and “How Stella Got Her Groove Back,” and the Fox series “9-1-1,” playing Ramonda has offered a further opportunity to apply the same skills she brought to those projects, whether she finds herself in an over-the-top action sequence or delivering two emotionally charged monologues.

As Bassett, 64, explained in a recent video conversation from her home in Los Angeles, “I don’t know, as an actor, what comic-book acting might look like. We’re not sat down at the beginning and told it’s got to be arch or whatever. We come with a great deal of naturalism and grounding, emotion and passion. We treat it like life, like it’s happening.”

She added, “You get the larger-than-life — all that suspension of disbelief. But when it comes to the human element and the heart of the matter, you’re going to get a true read on that as well.”

Bassett spoke further about revisiting Ramonda in “Wakanda Forever,” her memories of Boseman and how she approached her spotlight moments in the new film. These are edited excerpts from our conversation.

Q: How did Ryan Coogler approach you about the original “Black Panther”?

A: I remember getting the call in my kitchen. He was like, “Hi, I’m writing this script and it’s going to be ready in a couple of weeks and I want you to play Ramonda.” Of course, I’m not a comic-book head, so I was like, Oh, OK. But I was a Ryan fan and a fan of the two films he’d done at that point [“Fruitvale Station” and “Creed”], so it hardly mattered what that script looked like. It couldn’t be bad at all. The opportunity to play in the sandbox with him is what counted. How fortunate I was that he saw me in that role. Every role you play is an audition for someone.

Q: There were a lot of characters that the original film had to set up. Would you like to have been even a little more present in that story?

A: Absolutely, but you play your part. This is the assignment and you fill it the best you can. I can satisfy myself with what’s there. Queen Ramonda is the mother who steps back and lets her grown children do their thing. It’s the first time we were opening up this world, and of course Chadwick led the way. It had a response from audiences that was even more than what we expected. So when “Wakanda Forever” came along, due to circumstances of life, now I have this opportunity to do more.

Q: What do you remember about working with Chadwick Boseman?

A: I felt really blessed that every morning we got to sit in the same makeup section — me in one seat and he in the other, and our various teams working on us. He had these ladies, one who did his hair and one who would paint that animal print on his body. And they doted on him. [Laughs.] Listen, they were unabashedly unashamed of the love they felt for him. And he accepted it with such humility and kindness. I thought many a man could not take all this adoration, adulation, and keep his cool. He’d be on the phone, talking to someone in South Africa, working on his dialect. It was like, Wow, that’s an expensive call — that’s a commitment. I’m going to save my minutes and talk to the coach we have right here.

Chadwick Boseman died of colon cancer on August 28, 2020 at the age of 43. (Photo: Jordan Strauss/Invision/AP)

Q: Once you and your colleagues had the chance to mourn him, how did you feel about the idea of continuing the series without him?

A: I was excited about another movie that would develop the story more, because it was such a phenomenon and audiences so embraced it. We didn’t have to say “Black Lives Matter” — these lives, these images that we see, we applaud them. Look at this excellence. On so many levels, it was so encouraging. Then there was talk of, How are we going to do it without Mr. Boseman, our leader? I couldn’t see someone else attempting to step in those shoes. Maybe it’s a mother’s love, but I couldn’t buy it. There were strong arguments for going either way. But I was of the mind that if a way can be found, Ryan most definitely is the man for the job. In any other hands, there might have been some clutching of pearls, some gnashing of teeth. But with him, it’s like, in the words of the great poet Kendrick Lamar, “We gon’ be alright.”

Q: There are two quite substantial speeches that Ramonda delivers in “Wakanda Forever” — one at the United Nations, on behalf of her country, and one at the tribal council, about herself and the family sacrifices she’s had to make. Could you tell how intense they would be just from how they were written?

A: Yes, you could feel the power, even in the words on the page. You could see the room in your mind’s eye. Talking to a U.N. council and feeling how they have underestimated you and your nation. I know I’ve been underestimated a time or two in life. [Laughs] Go ahead, underestimate me.

Q: How did you prepare to perform them?

A: You’re a vessel. You want to be open. I spent my time here, in my room, going over my scenes. Not hearing any voices or any dialogue coming back to me. It was just me, me, me. [Laughs.] OK, today I’m just going to think about these four lines. I will try them every which way. And the next day, maybe I’ll add four more to those four. Because when I get in the moment, I don’t want to trip over anything. I want to know it in my sleep. I want to be so free that the lines are the least of it. Now it’s about human connection. I can concentrate on who I’m in the scene with, open up my heart and let them affect me. So anything can happen. And when Ryan wants me to try something different, sometimes I just cock my head and close my eyes and say, “Talk to me.” It’s like when you have coffee and you get down to the grounds. There it is. Let me try that.

Q: Is there anything exciting about getting to perform a death scene?

A: I guess you’re happy that you film out of sequence and that it’s not your last day.

Q: She also gets a deservedly exquisite funeral.

A: I didn’t see that until I saw the film, so that was interesting. And seeing it with my kids, that really hit them hard. I had to calm their little hearts after the movie. They were going, “Oh, Mom, that gives me an idea of what it’s going to be like.” Yeah, many, many, many years from now! I don’t think I remembered reading Ramonda’s funeral in the script. Maybe after I died, I stopped reading.

Q: What did the first two “Black Panther” films, and the combined story that they tell, mean for you?

A: Just stay in there and watch things turn around. Watch things come to be. Especially as a Black actor who came up in a certain time where there were so few images and such little representation, but I looked and I found it for myself. And the world just got bigger, more inclusive. Hope springs.

Q: You’ve played roles that have been iconic to different generations of moviegoers for the past 30 years. How does one accomplish this?

A: It’s not easy to do and not something planned. I didn’t say, “What should I do, sensei?” It all comes down to just staying true to what you do, and that, many, many times, has nothing to do with how you’re paid. I wanted to work, work consistently and be paid fairly. But I never said yes to jobs based on the third. Because that’s your way of putting your voice out there. We might not all be picketers or politicians, and I’m never going to be a brain surgeon, but I’ll do this to the best of my ability. I remember sitting on the A train in New York and the conductor, the way he told you what stop was next, it gave me such joy. He did it with such charisma, just this voice. Whatever it is you do, you do it like that. Someone’s listening, someone’s watching, and you have an opportunity to make an impression and to inspire. He certainly inspired me that day.