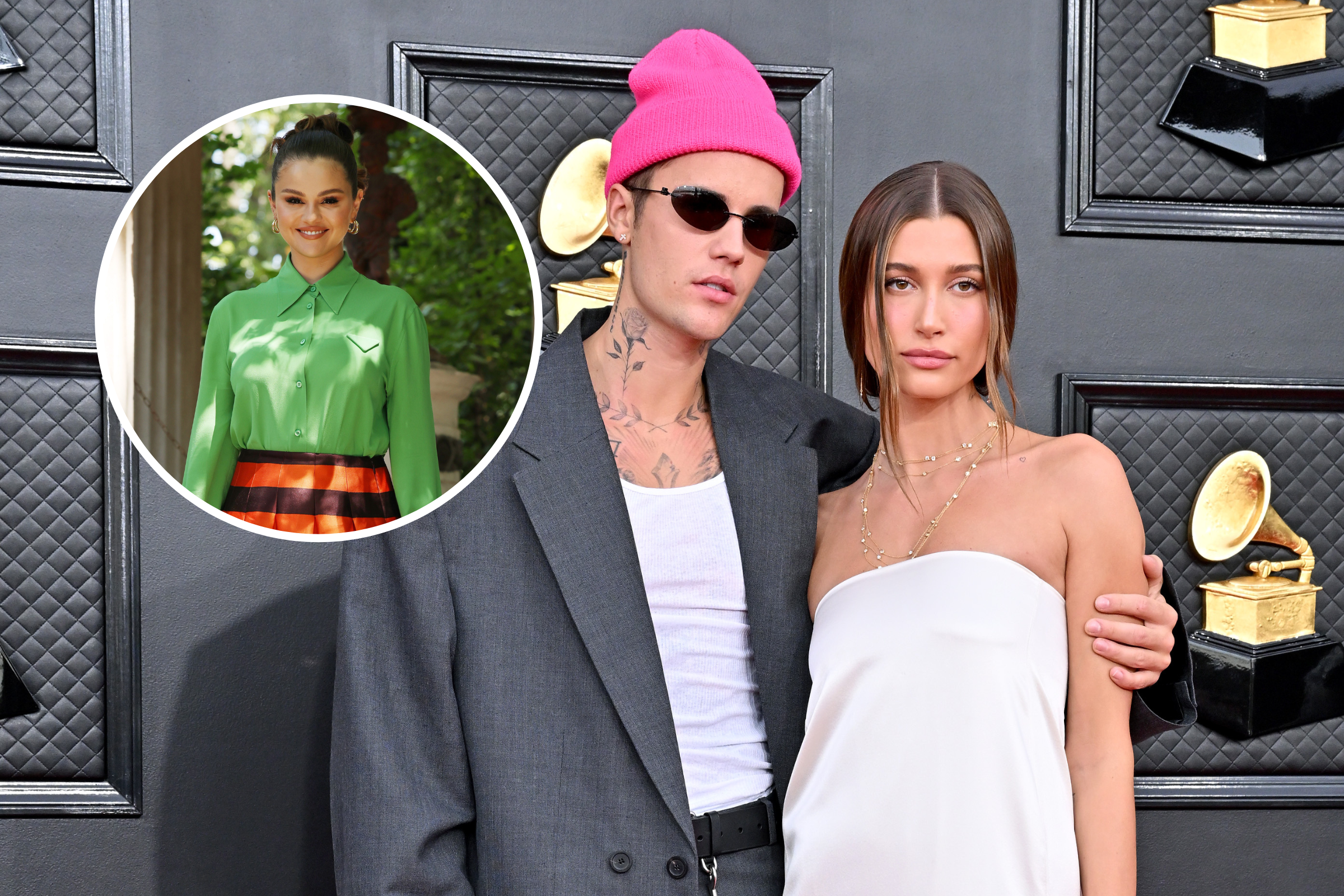 Hailey Bieber revealed she has talked to Justin Bieber‘s ex Selena Gomez following her 2018 wedding to the “Sorry” singer.

Justin Bieber, 28, and Gomez, 30, met in 2009 and first sparked romance rumors in December 2010 when they were spotted leaving an IHOP arm-in-arm. The following month, they were seen kissing while vacationing in St. Lucia, and by February, they walked the red carpet at Vanity Fair‘s Oscar party. The couple’s first split took place two years into their romance, and they continued to be on-and-off until 2018.

Meanwhile, Hailey Bieber, 25, was first romantically linked to her now-husband in 2015 when he and Gomez were broken up. One year later, they too called it quits and he began dating Sofia Richie.

Fast forward to late 2017 and the “Peaches” crooner was spotted on a bike ride with Gomez. By March 2018, the pair ended it for good, and he reconciled with Hailey Bieber in June that same year. In September, the couple tied the knot at a courthouse and walked down the aisle again in September 2019 in front of family and friends in South Carolina.

Despite the drama, Hailey Bieber said on Wednesday’s Call Her Daddy podcast that everyone has moved on.

“It’s all respect. It’s all love,” she told host Alex Cooper, noting there is “no drama personally” between her and the Disney Channel alum.

“That’s why I’m like, it’s all respect, it’s all love,” she shared about where she stands with Gomez. “That’s also why I feel like, well, if everybody on our side knows what happened and we’re good and we could walk away from it with clarity and respect, then that’s fine.”

“As long as you know you’re good, that’s really all that matters,” Cooper agreed.

Bieber noted that their chat “brought me a lot of peace,” she said. “We know what happened. It is what it is.”

Later on in the podcast, Bieber shot down rumors that her relationship overlapped with Gomez’s, clarifying that she never “stole” the pop star away from the Only Murders in the Building actress.

Bieber explained: “I would never want to get into a relationship and get engaged and be married to them and think in the back of my mind, ‘I wonder if that was really, like, closed for you.'”

As for whether the Arizona native will ever talk about the topic again, she said: “I literally never will. I’m, like, sweating.”

While concluding their candid discussion, Bieber divulged rare details into her sex life with her Canada-born husband, noting that their favorite position is “doggy-style.”