Has Pakistan honoured the legacy of Iqbal and Rumi? | The Express Tribune 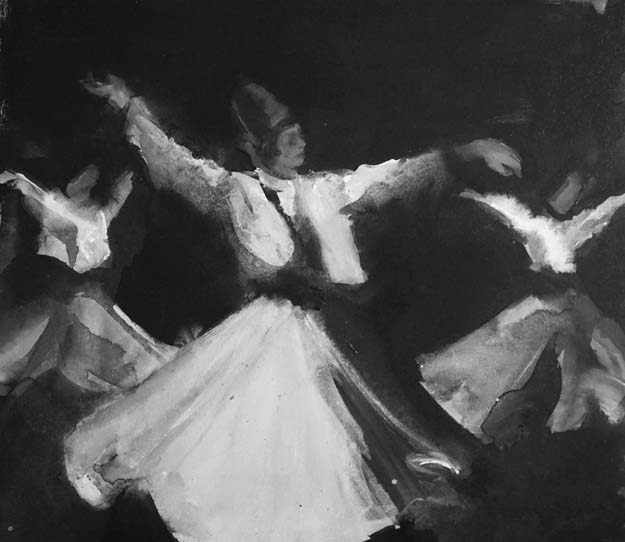 It is difficult to find the intertwined spirits of Allama Iqbal and Sufi saint Jalaluddin Rumi in todayâ€™s Pakistan. The humanity they advocated can be found in acts of small kindness like giving a rupee to a begging child with helpless eyes pressed up against your car window, however the humanity they wanted was a society where no one young, old or person with disability had to beg.

Iqbal viewed as one of the founding fathers of Pakistan, wrote extensively about the need for the new found state to implement equality, justice and care for its citizens; his writings and poetry exposed his humanity and were said to be the inspiration behind Mohammed Ali Jinnahâ€™s demand for a separate state for Muslims.

Post colonialism, other forms of western neo-colonialism continued through economic and cultural imperialism, where financial aid was used to manipulate the masses for political control. This combined with the failure of governments to implement a welfare state, have resulted in Pakistanis being trapped in a cycle of poverty, deprived of healthcare and education.

Iqbal, trained and educated at very elite western institutions, but eventually rejected western doctrines, arguing that they were fused with atheism and materialism. He returned to his Islamic roots inspired by Maulana Rumi. He claimed proudly that he learnt the secrets of life from Persian sages and Sufi saints like Sanai, Attar and Rumi, who believed that materialism stood between humankind and divine knowledge.

It is difficult to find Iqbal and Rumiâ€™s humanity in an age which encourages the pursuit of materialism and the accumulation of wealth, where the rich and poor live in parallel worlds, one in huge villas, while the underprivileged live in shacks or quarters. This is not only true for Pakistan, worldwide there are more billionaires than before, while the poor have become poorer. Western governments talk about welfare and â€˜exporting democracyâ€™ but instead under tax rich corporations while cutting funds for public services like healthcare and education. One just has to look at figures of homelessness in the UK and US to understand the full picture.

Iqbal argued in a speech he delivered at Cambridge in 1931,

â€œThe biggest blunder made by Europe was the separation of Church and State. This deprived their culture of moral soul and diverted it to the atheistic materialism,â€ and according to him, a continuation of imperialist wars.

He was not wrong as today over 70.8 million people have been displaced by conflict, while suicide rates in economically advanced and materially comfortable western countries keep escalating along with an increase in the overuse of anti-depressants and drugs.

According to Shahzad Shameem in Asrar-e-Khudi, Secrets of Self,

â€œIqbal comes forward as an apostle, if not to his own age, then to posterity,â€ when he states â€œI have no need of the ear of today. I am the voice of the poet of tomorrow.”

This apostle, Iqbal, must have foreseen the growth of the Hindu supremacist ideology, when he inspired Jinnah to demand a separate homeland for Muslims. Today Muslims in India live in fear of their lives under the Modi government. Last year a Muslim teacher was sacked in India for reciting Iqbalâ€™s poetry, the poetry of the man who wrote Indiaâ€™s national anthem; while Indian Muslims under the new Citizen Amendment Bill are threatened with concentration camps and being displaced from the state.

Iqbalâ€™s vision of Pakistan may not have been fulfilled, however, it does embody the soul of the poor and oppressed, those that found solace where Iqbal did, in Islam and the Sufi saints. He was a great advocate of spiritualism and of connecting with the soul. A similar adherence to spiritualism can be found in the sub-continent amongst the underprivileged, particularly in Pakistan. Their resilience has withstood whatever their political elite or the international community throws has thrown at them, from sanctions to drone attacks. And even though it is true that Iqbalâ€™s visionary seeds were not fully sown, some elements of his vision can be seen in the systems instilled for centuries around the mazars (tombs) of Sufi saints, where it is ensured that people do not go hungry or remain without shelter.

Such a setup is found in a quiet corner of Faislabad, where a family that is said to descend from Sufi saints, takes care of the locals around the mazar of their ancestor. The family is known for their philanthropic activities and they explained to me how for centuries now the familyâ€™s main objective was to spread Islam and take care of those in need. They have established a soup kitchen or Pir Khanna as it is called that serves free food around the clock. Every Thursday and Friday the Quran is recited at the mazar and food is distributed to the people in attendance.

In Pakistan, there is no form of social security, no unemployment benefits, no compensation for job losses or injury, so for many people, it is these very mazars that offer help and spiritual solace. It can be argued that some of these mazars may house charlatans, especially when it comes to pirs (spiritual healers), but with no help from the state, the poor turn to whoever they think will help.

In todayâ€™s world it is almost fashionable to quote Rumi or Iqbal but if any leaders are actually interested in helping Pakistan they need to take a page out of Allama Iqbalâ€™s life; he went through many processes, learning about philosophy and history but his final wish was for man to connect with the Higher Force and emulate the generous and honest attributes of the Prophet (PBUH) of Islam.