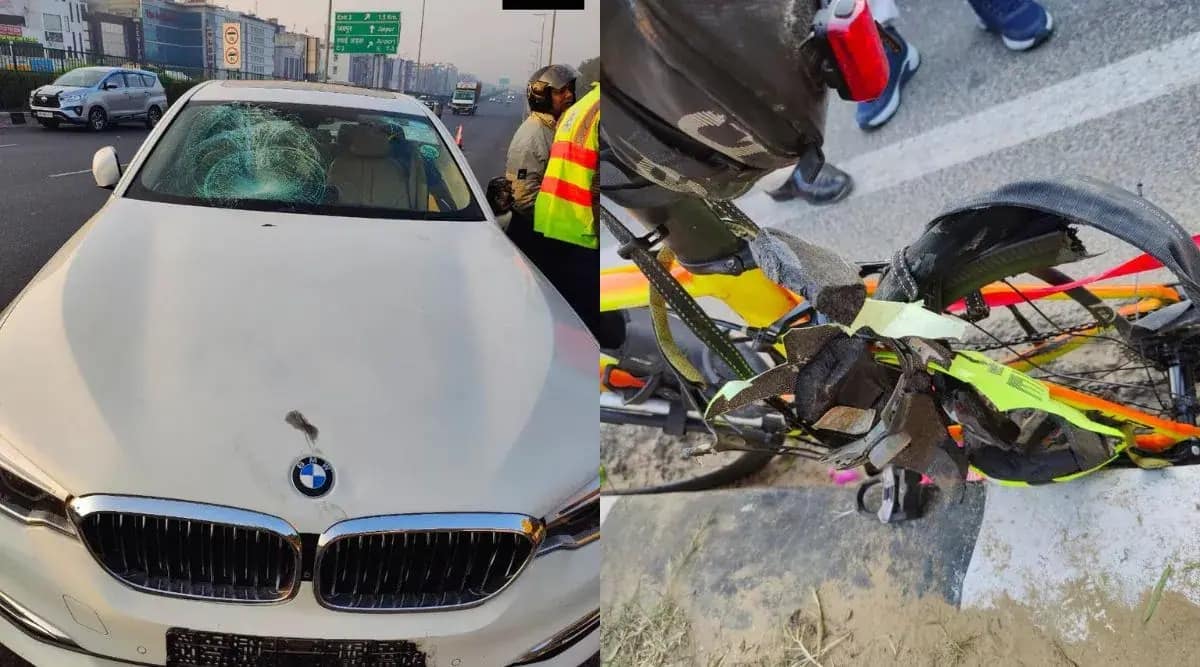 For his friends, 50-year-old Subhendu Banerjee was a “legend” in the Delhi-Gurgaon cyclist groups who had covered one of the toughest rides called the CKB–1,200 km ride. He would cycle almost every day with other cyclists or solo.

On Sunday morning, he left his home early for a ride but he lost his life after a BMW car hit him on the side of the road while he was riding on the Mahipalpur flyover.

An active cyclist and member of the Delhi Randonneurs group, Subhendu was a businessman who ran a garment manufacturing business in Gurgaon. He is survived by his parents, wife and 21-year-old daughter.

Neha Raizada, a cyclist, said, “He was an old and experienced professional rider. All young cyclists would look up to him. When I heard he had covered the CKB ride, I was surprised. It is one of the toughest rides in North India. It starts from Delhi and goes all the way to Nainital and other elevated sites. It is a tough ride because of the distance and elevation. I think he has been into cycling since 2015. For us, he was a senior and mentor-like figure in the cycling community. He would always help and encourage others.”

His friends said Subhendu was an ‘endurance cyclist’ who was often spotted on 600 km to 1,000 km rides across states. On social media and cycling apps, he would often share pictures of his rides and route maps.

Fellow cyclist Shilpi Malik (49) said Subhendu was a good friend and she last saw him during the weekend. “He was a strong rider and often led groups on the rides. He was a role model for all of us. He was around 50 but challenged everyone with his long-distance trips on bikes.”

It is said that Subhendu also took up causes to raise awareness about fatalities on the road and road safety for cyclists and pedestrians. According to his friends, Subhendu had participated in a road safety awareness event last week on the Golf Course Road. The event was organised by the Gurgaon district administration, local police and an NGO as a remembrance of people who were killed in road accidents in Gurgaon in the past five years.

Sarika Panda Bhatt, the bicycle mayor of Gurgaon, said, “He was a friend… an avid cyclist who would cycle daily. On weekends, we would often go cycling in a group from Gurgaon to Delhi… today he was riding alone, which was also not unusual for him. He had posted on our cyclist group, on WhatsApp, that he would be going for the ride… it is tragic. Last Sunday, he had taken part in an event to raise awareness for victims of road accidents and today he died in one such case.”

Hemanshu Khanna (39), a cyclist and a friend of the victim, said Subhendu had been cycling for the past 15 years, often participating in long-distance rides across states. “He had cycled for over 70,000 km and was quite experienced. I knew him for the past 2-3 years through our cyclist group, and we often went riding together. It is an unfortunate incident. The government should work towards creating dedicated lanes for cyclists to reduce fatalities,” said Khanna.

Friends said Subhendu’s daughter had recently got a job and he was elated. His family would support him on his long trips.

Gaurav Wadhwa, owner of a bike shop in Delhi and a cyclist, said he has known the deceased for years and had also sold him bikes. “Subhendu would participate in all major events. He would go on 600 km to 1,000 km rides… I met his family, they are all devastated. He had bought 2-3 bikes from me, and we also would go for rides. He was always excited about riding and was a sweet man.”