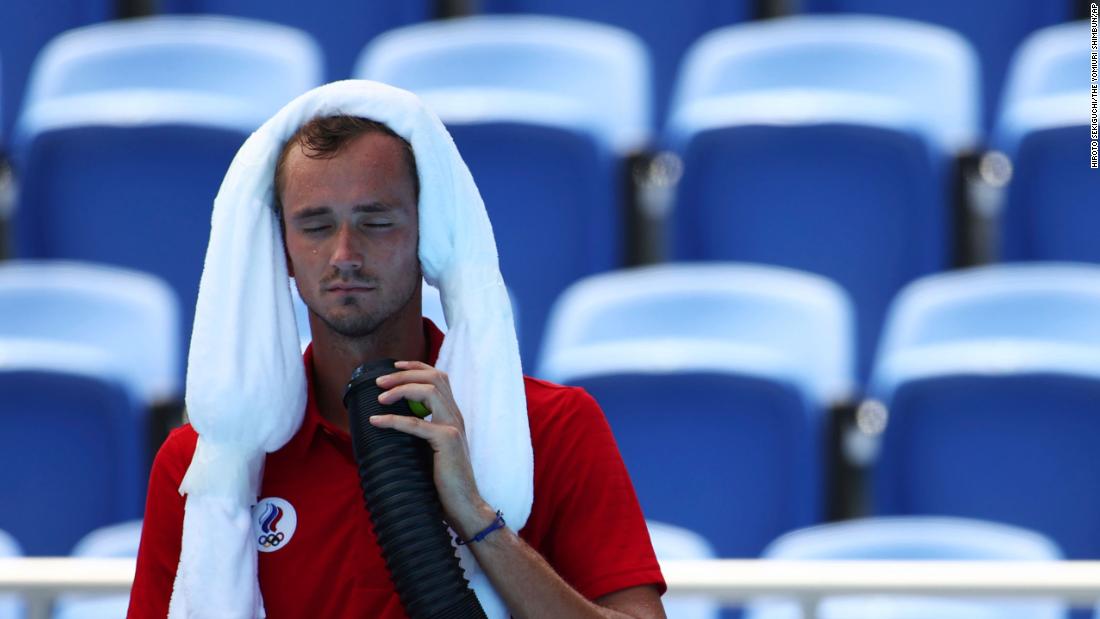 Japanâ€™s summers are hot, humid, and can be deadly. If records are being broken during events at the Olympics, Tokyo 2020 could also emerge with perhaps a record it wouldnâ€™t have wanted.

Before the pandemic, heat stroke was the biggest risk to athletes for the Tokyo Olympics, but during the first week of the Games the heat has been compounded by humidity values ranging from 66 to 84%, making it feel much hotter, and limiting the bodyâ€™s ability to cool down through sweat and evaporation.

â€œWhen you take into account not only the temperature, but also humidity, I would say that a Tokyo Summer is the worst in the history of Olympics,â€ says Makoto Yokohari, professor of environment and urban planning at the University of Tokyo and adviser to Tokyo 2020, who spoke to CNN before the Games started.

During the Olympics itâ€™s often been 90 degrees or higher, but with humidity, it can feel like triple digits. More than 1,000 deaths were recorded from the countryâ€™s 2018 heatwave. This year, from July 19-25, more than 8,000 people have been hospitalized for possible heat stroke.

The International Olympic Committee has said it has been taking precautions to deal with the heat, supplying water and shade at venues. In a statement to CNN, it said that the health of athletes is â€œat the heart of our concerns.â€

In 2019, organizers moved the marathon to Sapporo to avoid the oppressive weather in Tokyo. But athletes in other sports are already struggling under the Tokyo sun.

When the umpire asked him if he could continue playing, he responded: â€œIâ€™m a fighter, I will finish the match, but I can die.â€ Later, he added that he â€œcouldnâ€™t breathe properly. I think that was the most humid day we have had so far.â€

That same day, Spainâ€™s Paula Badosa was forced to retire from her match with heatstroke and escorted off the court in a wheelchair.

â€œIt was a shame to end my participation this way,â€ Badosa said in comments posted to Tokyo 2020. â€œThe conditions have been demanding from day one, we tried to adapt as best as possible, but today the body has not resisted as needed.â€

â€œIâ€™ve played tennis now professionally for 20 years, and Iâ€™ve never faced this kind of conditions in my entire life on a consecutive daily basis,â€ Djokovic said in comments posted by Tokyo 2020.

The International Tennis Federation has an emergency weather policy that provides athletes with two 10-minute breaks when temperatures reach dangerous levels and, on Wednesday, it announced that the matches would begin later in the day.

Natsue Koikawa knows the risk of competing in high heat all too well. A former professional runner, she passed out during a 1995 marathon in Japan and almost died.

â€œHeat stroke can happen to anyone and itâ€™s a very common cause of death,â€ Koikawa warns.

It took her more than a year and a half to recover and she never returned to a major marathon again.

Now she is a professor and track coach and Juntendo University and researches the dangers of competing in the heat, something she says isnâ€™t always easy for athletes to recognize.

â€œIt may be extremely difficult for athletes to give up competing in the middle of the game because the athletes are representing their country on the stage of their dreams,â€ she said. â€œBut I tell athletes that having the courage to quit is the best way to prevent heat stroke.â€

Because of Covid-19 restrictions, most athletes have less time in Japan to acclimate to the weather before they compete. Athletes can only arrive in the Olympic Village five days before they compete and most have to leave within two days after.

Weather in Tokyo has been very hot and humid.

In 1964, the Tokyo Summer Olympics were held in October in order to beat the heat. But in recent decades, the Summer Olympics have been held in July or August. Itâ€™s when the sporting calendar is quieter, increasing viewership for the Games. That makes it the ideal months for broadcasters, which pay billions of dollars for rights, to showcase the event.

But since then, temperatures have continued to climb. According to a report from the British Association for Sustainable Sport, temperatures in Japan have increased three times as fast as the world average since 1900.

Yokohari said these Games should have taken the same route as the 1964 Games.

â€œHaving the Olympic Games in midsummer in Tokyo is not something that you should do,â€ said Yokohari, who thinks Tokyo 2020 should have been postponed until the Fall.

Yet researchers warn the problem goes beyond Tokyo.

By 2085, most cities could be too hot for the summer Olympics because of climate change, according to research in The Lancet.

Going forward, the forecast in Tokyo is more of the same â€“ temperatures will continue to be in the low 86-92Â° F over the next seven days, potentially reaching 92-93 F over the weekend.

However, there are not currently any heat advisories in effect for the Greater Tokyo region, according to the Japan Meteorological Agency.