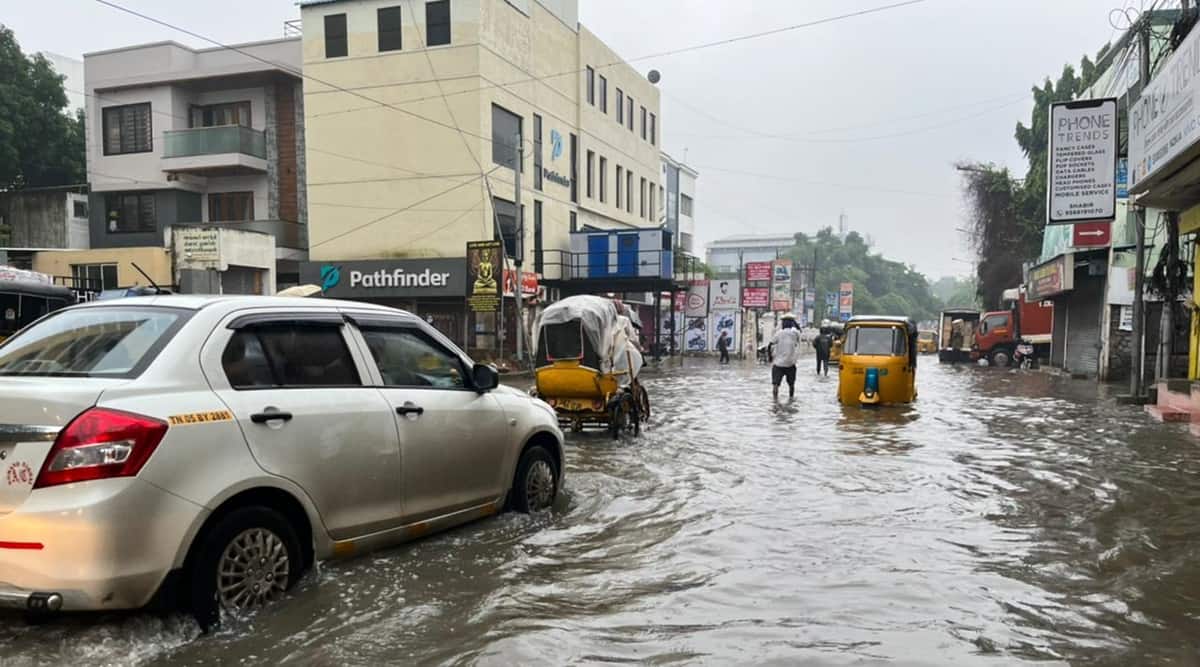 Heavy rains pounded several regions of Tamil Nadu on Wednesday as the well marked low pressure area over Bay of Bengal concentrated into a depression, which is likely to cross the coast by November 11 evening.

The weather system is likely to cross north Tamil Nadu and adjoining south Andhra Pradesh coasts between Karaikal and Sriharikota, close to the north of Puducherry by November 11 evening, a fresh update of the Meterological department said.

The intermittent, light to moderate rainfall on Wednesday in Tamil Nadu, picked up pace by the evening.

It became almost non-stop and heavy in several regions, particularly the northern districts of Tamil Nadu, including Chennai and nearby Chengelpet, Tiruvallur, Kancheepuram and Villupuram.

Announcing the expected formation of the depression, the IMD bulletin said the well marked low pressure area over central parts of south Bay of Bengal moved west-northwestwards and concentrated into a depression on Wednesday evening.

â€œIt is very likely to move west-northwestwards and reach near north Tamil Nadu coast by the early morning of November 11, 2021. Thereafter, it is likely to continue to move west-northwestwards and cross north Tamil Nadu and adjoining south Andhra Pradesh coasts between Karaikal and Sriharikota close to the north of Puducherry by the evening of 11th November 2021.â€

The IMD warned of light to moderate, heavy, very heavy and extremely heavy rainfall in various areas and at isolated places.

The low pressure area on November 9 over the southeast Bay of Bengal turned well marked on Wednesday morning.

The weather system is expected to bring rainfall in Tamil Nadu over at least the next two days.

The rainfall is expected to be scattered, heavy, very heavy and extremely heavy in specific regions and light to moderate in most other places.

On Tuesday, there was a decline in rainfall here and nearby northern regions.