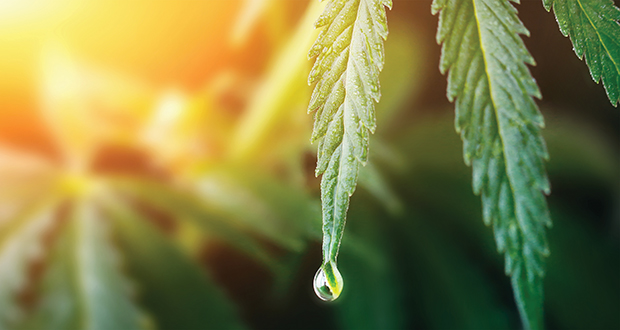 Researchers found that a pair of cannabinoid acids bind to the SARS-CoV-2 spike protein, blocking a critical step in the process the virus uses to infect people

Hemp compounds identified by Oregon State University research via a chemical screening technique have shown the ability to prevent the virus that causes Covid-19 from entering human cells.

Findings of the study led by Richard van Breemen, a researcher with Oregon Stateâ€™s Global Hemp Innovation Center, College of Pharmacy and Linus Pauling Institute, were published in the Journal of Natural Products.

Van Breemen and collaborators, including scientists at Oregon Health & Science University, found that a pair of cannabinoid acids bind to the SARS-CoV-2 spike protein, blocking a critical step in the process the virus uses to infect people.

The compounds are cannabigerolic acid, or CBGA, and cannabidiolic acid, CBDA, and the spike protein is the same drug target used in Covid-19 vaccines and antibody therapy. A drug target is any molecule critical to the process a disease follows, meaning its disruption can thwart infection or disease progression.

â€œThese cannabinoid acids are abundant in hemp and in many hemp extracts,â€ van Breemen said.

â€œThey are not controlled substances like THC, the psychoactive ingredient in marijuana, and have a good safety profile in humans. And our research showed the hemp compounds were equally effective against variants of SARS-CoV-2, including variant B.1.1.7, which was first detected in the United Kingdom, and variant B.1.351, first detected in South Africa.â€

Those two variants are also known the alpha and beta variant, respectively.

Using compounds that block virus-receptor interaction has been helpful for patients with other viral infections, he notes, including HIV-1 and hepatitis.

An earlier paper in the Journal of the American Society for Mass Spectrometry described tailoring the novel method â€“ affinity selection mass spectrometry â€“ to finding drugs that would target the SARS-CoV-2 spike protein.

In the later research, lab tests showed that cannabigerolic acid and cannabidiolic acid prevented infection of human epithelial cells by the coronavirus spike protein and prevented entry of SARS-CoV-2 into cells.