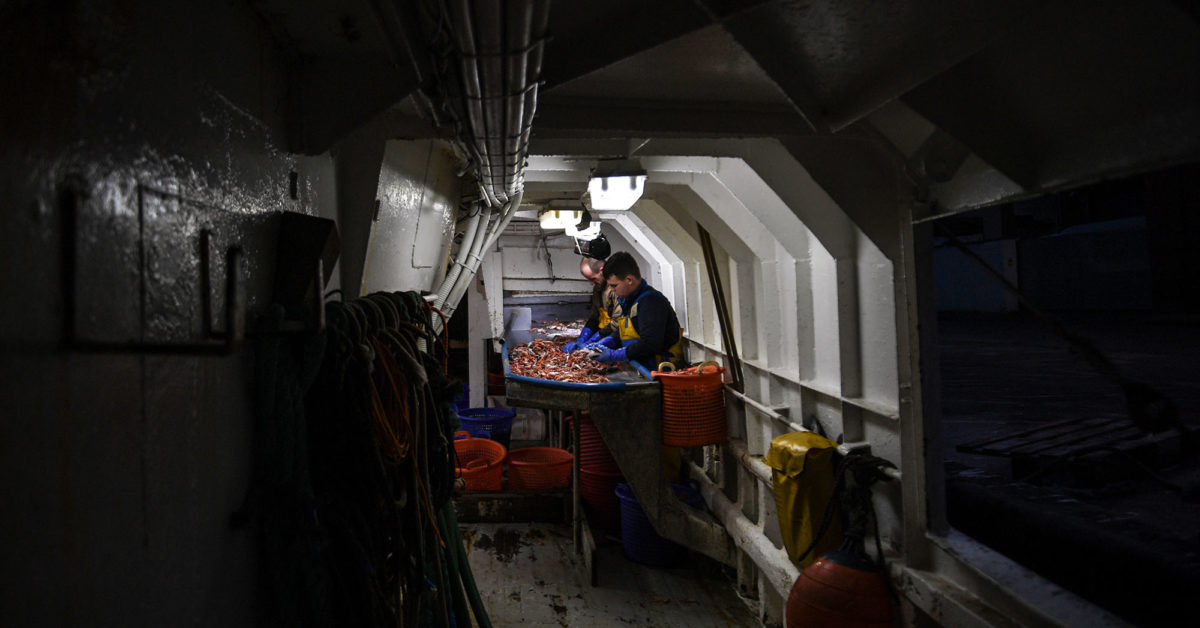 Raoul RuparelÂ was the prime minister’s special adviser on Europe under Theresa May and was directly involved in Brexit negotiations for three years. Last year heÂ predicted how a Brexit deal would be struck.

LONDON â€” There are now only 10 days before the end of the transition period and the U.K. and EU are still at loggerheads over what comes next.

This is not how it was meant to be. Both sides must take their share of the blame for getting us stuck here. But it is now time to step back and get a deal done.Â

At a time when both the U.K. and the EU are facing huge health and economic challenges from an unprecedented global pandemic, failing to reach an agreement on their future trading terms would be a damning political and diplomatic failure for all involved. Even more so if the agreement were to founder on the issue of fishing.Â

This is not to say we should be dismissive of the political, cultural and regional concerns around fishing. Over a long period, the Common Fisheries Policy has not worked for the U.K. fishing industry, while it has also been slow to reform and address very real concerns around the sustainability of fish stocks.Â

But, even at this late stage, I believe there is a way through which works for both sides.Â

As I understand it from conversations with U.K. officials, there are three key points of disagreement on fishing.Â

First, the length of transition from the current quota shares in U.K. waters to new quota shares. The U.K. has been seeking a three-year transition, while the EU seems to want a seven-year one. Five years would be a reasonable middle ground and gives fishermen on both sides time to adjust and prepare â€” significantly longer than any other sector will have to adjust to the new trading arrangements.

As a starting point, after the five year transition a 35 percent cut would seem fair. This would be phased in gradually through the transition. This, though, would not be a permanent state of affairs. As with all other fisheries agreements, this would be negotiated on a multiannual basis, so the level of quota shares could change in the future.

Third, the two sides disagree about what would happen if in the future that quota share did change or indeed if they failed to reach any agreement over access to waters at some point. This is probably the hardest difference to bridge.Â

It is not sensible for the entire trade agreement to be reopened every time fishing quotas are negotiated. This would create huge uncertainty for businesses across both economies every few years. Equally though, it is clear the EU are unlikely to agree to have no link between fishing and trade going forward.Â

Therefore, I would propose that in a scenario where the EU quota share is reduced from the levels agreed at the end of the transition, an independent arbitration panel would determine the economic cost of that loss to the EU and allow the EU to levy tariffs in other areas beyond fishing to compensate.Â

Furthermore, the overall free-trade agreement will include a termination clause. If in future, the U.K. attempted to cut the EUâ€™s quota share in U.K. waters too far, the EU would always retain the right to notify termination of the agreement . Through these mechanisms, a link between fishing and the wider agreement is retained without creating huge levels of uncertainty every time fish is re-discussed.Â

This proposal would bring a number of direct and indirect benefits.Â

First, it would see a significant increase in the proportion of fish caught in U.K. waters by U.K. boats and landed in the U.K. That would be a sea change compared with now. Currently, U.K. vessels catch around 40 percent of fish in UK waters in volume terms and 55 percent in value terms. This proposal would see over two-thirds of the value of fish caught in U.K. waters being caught by U.K. vessels. This increase would probably be worthÂ Â£140m to the U.K. fishing industry, in terms of the value of the catch.Â

Third, it would ensure zero tariffs and zero quotas on fish and aquaculture products sold from the U.K. to the EU. When I looked at this in government, it was estimated to be worth around Â£130m every year. But as the U.K. fishing industry recovers and grows over the coming years it will be worth even more.Â

Being able to catch the fish in U.K. waters is just one part of the equation. Just as important is securing tariff-free access to the EU market to ensure there is sufficient demand and so that fisheries can therefore maximize the value of their catch.Â

These are not numbers to be sniffed at. They will help secure the revival of the fishing industry in the U.K., and do so in a sustainable way. It has been noted many times that the U.K. fishing industry cannot and will not simply grow overnight. Since 1990 the number of fishermen employed in the U.K. has fallen by close to 50 percent. No matter what approach is taken, it will take time for U.K. boats and fishermen to be ready and able to catch more fish in U.K. waters (and EU waters too for that matter).Â

The alternative when it comes to fishing is not pretty for either side. The EU would see their access and quota share fall to zero on day one next year. Contrary to popular belief, Iâ€™m convinced the U.K. would seek to enforce this strictly, not to mention the fact that the EU is a rules abiding organization.Â

But on the U.K. side there would be far too few vessels to pick up the slack, while the fish caught in U.K. waters would not be competitively priced in the EU due to tariffs.Â Where this would leave both the U.K. and EU fishing industries is far from clear, but it is surely a net loss for all involved.Â

We should also step back and look at the wider deal on the table.

It will see the U.K. leave the single market; leave the customs union; end free movement of people; end the jurisdiction of the European Court of Justice in the U.K.; ensure no ongoing regulatory alignment with EU rules and leave the U.K. free to strike trade deals with any country it wishes. There is no doubt this fully delivers on the referendum result â€” by any definition.

Furthermore, the areas of persistent dispute throughout this year look to have landed in a good place from the U.K. perspective. There will be no ongoing alignment of state aid rules as the EU originally requested. There will be a common set of state aid principles, a standard approach to dispute resolution and a strong level of domestic enforcement under U.K. control. Iâ€™d say much closer to what happens in most free-trade agreements (which is what the U.K. has consistently said it wants) than to the EUâ€™s original proposals.Â

Similarly, on other areas of the level playing field, the EU wanted to institute ratchet clauses which would see the U.K. automatically punished with tariffs if it didnâ€™t essentially align its regulation with the EUâ€™s in areas such as workers’ rights and environmental law.Â

The outcome looks to be a much more sensible and pragmatic arbitration approach. An independent panel will judge if, at any point in the future, either side is gaining an unfair competitive advantage over the other. If it is, the panel will determine appropriate remedies/responses. Arbitration panels determining such unfair competitive advantages are again common in free-trade agreements, and international trade more widely.Â

Finally, coming back to fishing, the outcome set out above is a world away from the EUâ€™s original proposal of trying to lock in the status quo indefinitely. I will be the first to say that such an approach was entirely unreasonable and indeed resulted in EU member states and fishermen having unrealistic hopes of what could be achieved by any fair and balanced deal. But, while it has taken some time, the EU has moved a long way from its original position.Â

But it is now time to take the win. There is a deal to be done. Both sides should step back from the brink and realize that this is a sensible outcome for both sides.Â

Anything less would be an epic failure at the worst possible time.Â