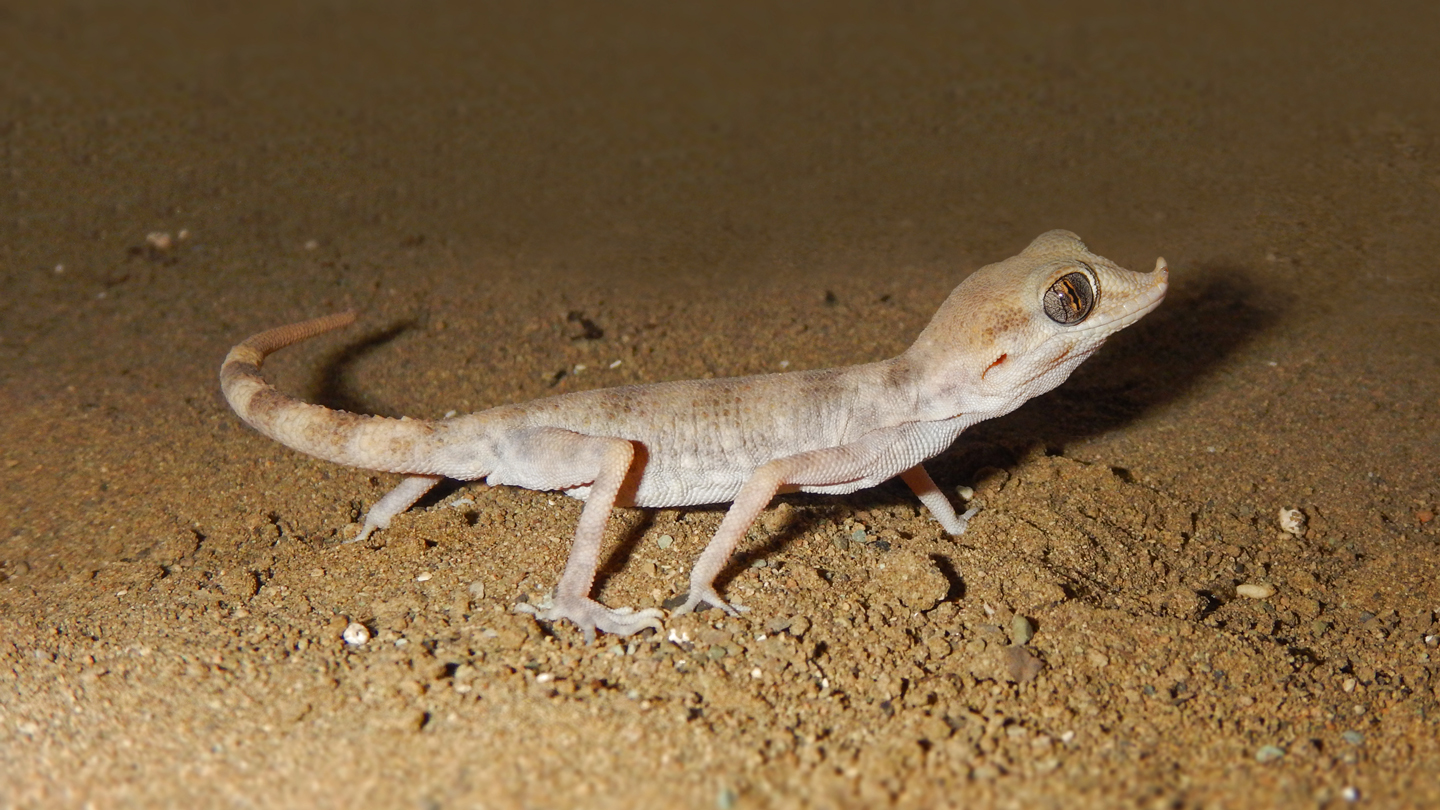 A handful of small, nocturnal geckos have spilled their guts for science, revealing how the creatures get by in a part of Earthâ€™s hottest landscape.

Surface temperatures in the Lut Desert in Iran, home to the Misonneâ€™s spider gecko (Rhinogecko misonnei), soar past 65Â° Celsius more frequently than anywhere else on the planet. The extreme heat makes it difficult for life to thrive, and for years, ecologists have regarded the desert as mostly barren.

To find out how the geckos sustain themselves in this desolate oven, entomologist Hossein Rajaei of the State Museum of Natural History in Stuttgart, Germany and colleagues analyzed the stomach contents of six geckos using DNA metabarcoding (SN: 4/18/16). The technique compares chunks of DNA with a species identification database, like a bar code scanner in a grocery store. â€œItâ€™s very accurate, very comprehensive and very trustable,â€ Rajaei says.

Within the geckosâ€™ digestive soup stewed DNA from 94 species, about 81 percent of which hail from outside the Lut Desert, the team reports November 18 in the Journal of Zoological Systematics and Evolutionary Research.

The majority of these outsiders were winged insects such as flies, moths and wasps that migrate through the desert from bordering temperate landscapes. The remaining species â€” arachnids, arthropods and more moths â€” are endemic to the Lut, but are elusive in its heart, where the geckos were collected. The unexpected diversity highlights that thereâ€™s more living in this desert than meets the eye, Rajaei says.

The findings underscore the importance of intertwined food webs for animals to survive in hostile habitats, says Robert Pringle, an ecologist at Princeton University who was not involved in the research. â€œThe movement of insects from outside the immediate area subsidizes the geckos and helps them to persist in this extreme desert environment,â€ he says.