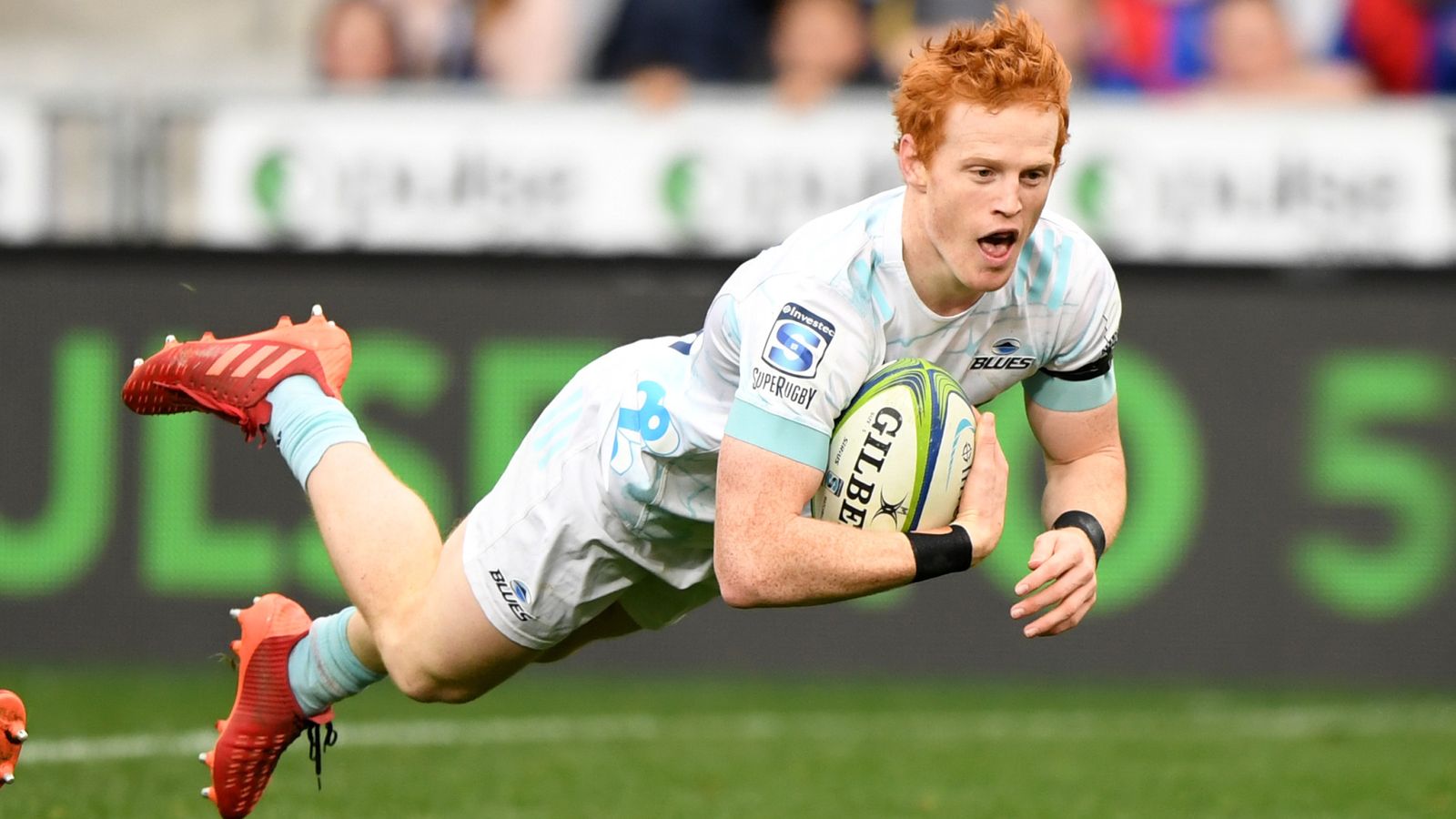 Finlay Christie scored an early try in each half as the Blues beat the Highlanders 32-21 in their Super Rugby Aotearoa clash in Dunedin on Sunday to keep the race for the domestic title still alive.

The Blues’ victory moved them to 22 points, two behind the table-topping Canterbury Crusaders.

Leon Macdonald’s side, however, have just one fixture remaining – the final match of the domestic competition which is against the Crusaders on August 16 at Eden Park.

The Crusaders host the Highlanders next Sunday.

The Blues had not won in Dunedin since 2011 and they raced to an early 12-0 lead with tries to No 8 Akira Ioane and scrum-half Christie.

The Highlanders, however, responded with a Josh Ioane penalty and co-captain Ash Dixon’s try to get back to 12-10 before a controversy that could have overshadowed the game.

With the Highlanders on attack, Blues’ flanker Dalton Papalii made an intercept of a loose pass and ran 60 metres for a try.

Referee Mike Fraser, however, reviewed the moment before the intercept and overturned the try and penalised the Blues’ prop Karl Tu’inukuafe for being offside.

Josh Ioane slotted the penalty to give his side a 13-12 lead that lasted less than 90 seconds when the Blues’ TJ Faiane scored straight after the restart to make it 17-13.

While the Highlanders fly-half Ioane slotted another penalty in the 36th minute, Blues prop Ofa Tuungafasi continued his career-defining season with a try from an attacking lineout to give the visitors a 24-16 lead at the break.

Christie added his second try just three minutes into the second half before Beauden Barrett kicked a penalty to give the visitors a 32-16 lead.

The Highlanders then spent much of the remainder of the match on attack but only had a Shannon Frizell try with four minutes remaining to show for it.