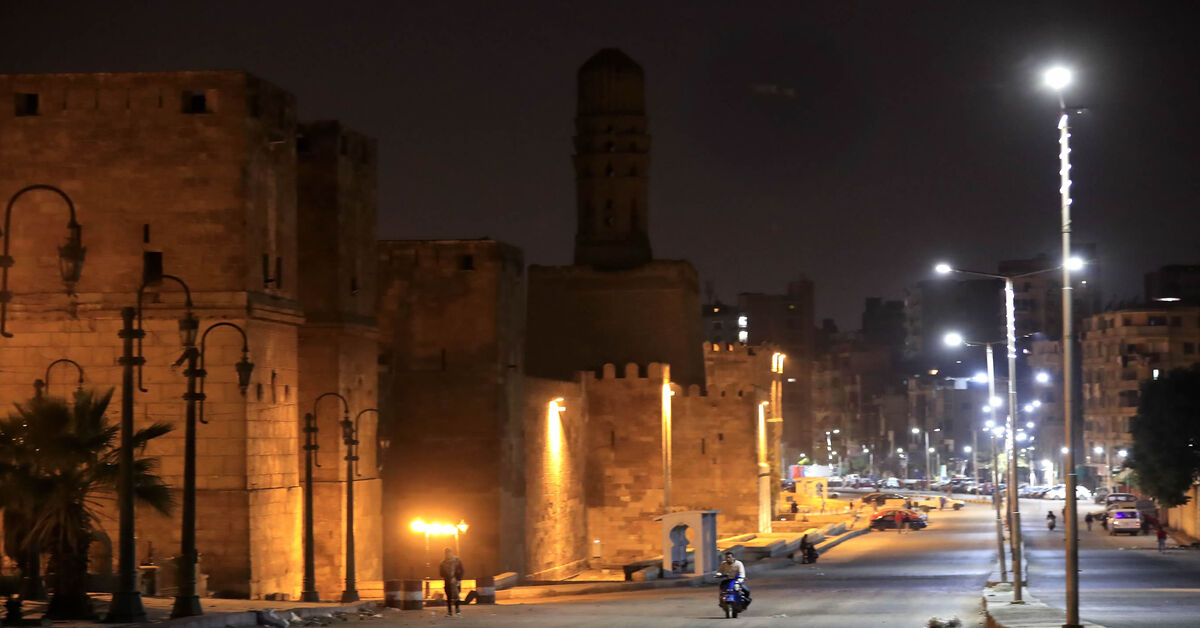 He explained that six plots of land have been handed over and work has begun, noting that 190 plots have been evacuated in the areas of Bab Zuweila, Harat al-Roum, Al-Hakim Mosque and Darb al-Labana, by contracting with the owners and negotiating with the occupants; cash or alternative units were given as compensation.

Far pointed out that work has begun on 18 building facades in the areas of Bab Zuweila, Harat al-Roum, Al-Hakim Mosque and Darb al-Labana, while 28 archaeological buildings still need restoration.

He noted that Historic Cairo has about 110 archaeological buildings from different eras, and that preserving the cultural identity of Historic Cairo, mainly the urban fabric, is a top priority, as well as focusing on process architecture to ensure the civilizational appearance of the facades.

Far added that waste has been removed from an area of 2,321 square meters (0.6 acres) around Al-Hakim Mosque, noting that the efficiency of the mosque’s courtyard needs to be increased in order to attract more visitors and tourists.

He pointed out that works in the Darb al-Labana area, which includes Al-Rifai and Al-Mahmoudia mosques, and many ancient buildings, will involve building a garden and a park, restoring the endowment building, establishing a craft complex, entertainment center, restaurants and a cultural educational complex.

The consultant of the Historic Cairo Development Project, Mohamed al-Khatib, stated Nov. 4 that the development work in the area of Al-Hakim Mosque includes establishing tourist facilities with the aim of reviving Bab El Nasr Square.

On Sept. 29, Khatib explained that the government intends to restore about 10% of the area during the first phase that will last two years and that it is studying proposals to establish a single entity for Historic Cairo, with an area of approximately 30 square kilometers (11 square miles). He noted that the second phase includes dealing with historical buildings that are not registered with the Ministry of Tourism and Antiquities, and work to register, restore and reuse them.

Mukhtar al-Kasbani, adviser to the Minister of Tourism and Antiquities and professor of Islamic Archaeology at Cairo University, told Al-Monitor, “All development and restoration works in Historic Cairo are carried out under the supervision of UNESCO because Historic Cairo has been on the World Heritage List since 1979.

He said that this project aims to connect Historic Cairo’s neighborhoods and archaeological sites with a network of roads and paths that facilitate the movement of tourists, as well as to restore Cairo’s cultural and historical glory, and bring it back to life while preserving its urban fabric.

Kasbani noted that development work means maximizing the area’s efficiency, adding that traditional craft-makers will stay put unless restoration works pose any danger to them.

He said, “The architectural skyline will be taken into account in the development areas, as no building will be allowed to be more than four stories high in Historic Cairo, which will allow showing the beauty and splendor of archaeological and heritage buildings.”

Kasbani stressed that Historic Cairo encompasses a huge heritage reserve capable of attracting tourists from around the world, especially as it contains about 537 registered archaeological buildings.

Archaeological researcher and founder of the Cairo Biography Initiative, Zizou Abdo, told Al-Monitor, “Historic Cairo is a unique city. Its topography dates back to 969 when it was built by Jawhar al-Siqilli, commander of the Fatimid armies. Construction later took place during the Ayyubid period, the Mamluk period, then the Ottoman era and finally the Muhammad Ali dynasty.”

He said, “It represents Cairo’s numerous historical layers and this is what created the archaeological diversity, which is unparalleled in the world; it can be clearly seen in the streets of Historic Cairo, such as Al-Moez Street and Al-Saliba Street.”

Abdo hopes that during the development process, the concept of heritage will be preserved in its comprehensive form, not just in terms of monuments and heritage buildings.

“This process should include the rehabilitation of the urban fabric, traditional crafts and old industries because this is what distinguishes Historic Cairo,” he said. “Tourists no longer want to see monuments and visit museums only. They also want to learn about the details of the city, its people and its distinctive crafts, which means getting to know the spirit of the place and interacting with locals.”

Abdo stressed that Historic Cairo will be able to compete with major tourist cities if there are suitable tourist paths that facilitate movement within its streets and neighborhoods, in addition to periodically carrying out maintenance works and providing all types of services that tourists might need in order to further increase the number of visitors to Historic Cairo.