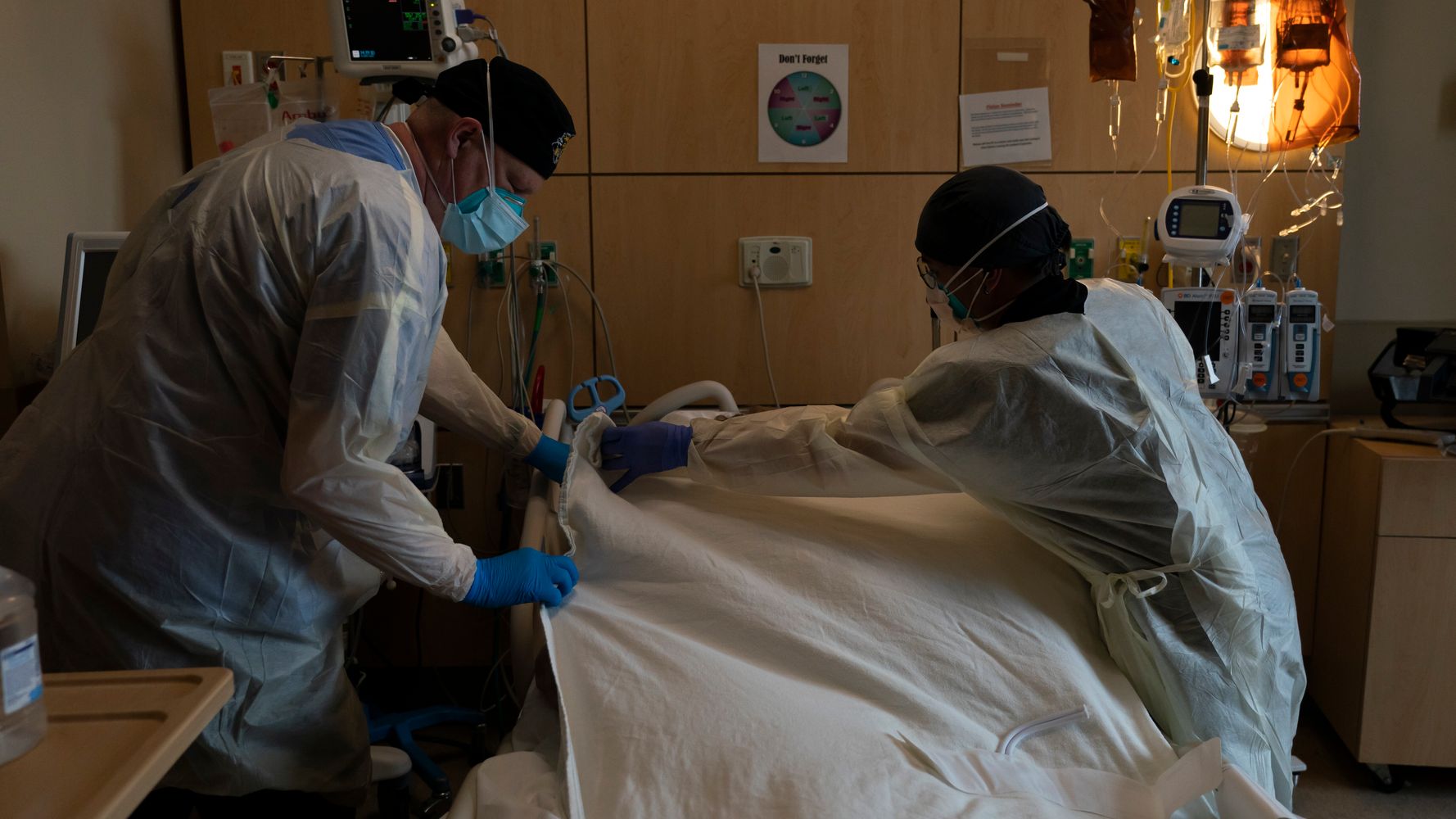 â€œThereâ€™s no place to go. Our staff are tired. Weâ€™re going to run out of travelers,â€ Stites said, referring to visiting health care workers, â€œand omicron is at our doorstep. This is a tornado warning to our community.â€

Ohioâ€™s National Guard deployment is one of the largest seen during the pandemic, with more than 1,000 members sent to beleaguered hospitals especially in the Akron, Canton and Cleveland areas.

As of Friday, 4,723 people in the state were hospitalized with the coronavirus, a number last seen about a year ago, Gov. Mike DeWine said. Some staffers were taking only short breaks before punching in for second shifts, he added.

Health systems elsewhere that are doing somewhat better are nervously eying the arrival of the omicron variant and girding themselves for the impact.

Nebraska officials said hospitals might have to put some care on hold to make room for COVID-19 patients. While case numbers are down from the stateâ€™s pandemic peak, they could rebound rapidly, and bed availability remains tight because of patients with non-virus ailments.

â€œIt may be likely that omicron will cause a giant surge, and honestly we canâ€™t handle that right now,â€ said Dr. Angela Hewlett of Nebraska Medicine in Omaha.

At Los Angelesâ€™ Providence Holy Cross Medical Center, just 17 coronavirus patients were being treated there Friday, a small fraction of the hospitalâ€™s worst stretch. Nurse manager Edgar Ramirez said his co-workers are weary but better prepared if a wave hits.

â€œThe human factor of having that fear is always going to be there,â€ Ramirez said. â€œI tell our crew, â€˜We have to talk through this. We have to express ourselves.â€™ Otherwise itâ€™s going to tough.â€

Twin sisters Linda Calderon and Natalie Balli, 71, had planned to get vaccinated but delayed it until it was too late. Now theyâ€™re on oxygen in the same room at Providence Holy Cross, their beds separated by just a few feet.

â€œWe kept saying, â€˜weâ€™ll do it tomorrow.â€™ But tomorrow never came,â€ Calderon said as she watched her sister struggle to breathe. â€œWe really regret not getting the shots, because if we did, we wouldnâ€™t be like this right now.â€

Pflaum-Carlson, the doctor at Detroitâ€™s Henry Ford Health, made a public plea for people to get the shots both for their benefit and for those toiling on the frontlines of care. Eighty percent of the roughly 500 COVID-19 patients at the systemâ€™s five hospitals were unvaccinated,

â€œHave a little grace and consideration in how devastating things are right now,â€ she said.