Horses and Reporting in the Field 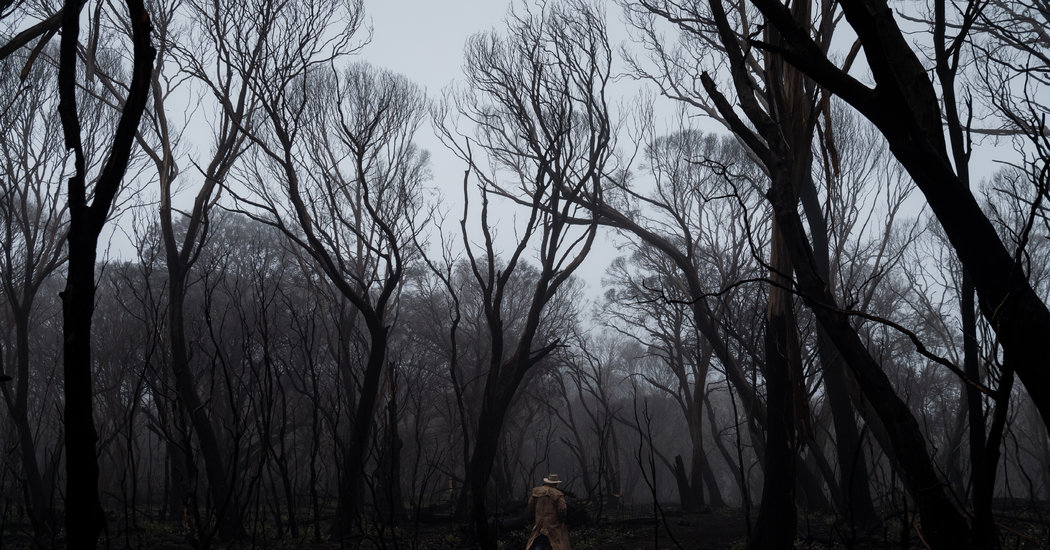 The Australia Letter is a weekly newsletter from our Australia bureau. Sign up to get it by email.

After several weeks under lockdown orders in Melbourne, getting in my car to go out to cover a story was both a surreal and welcome experience.

I was frustrated by reporting from my kitchen table, now transformed into a mess of papers, electric cables and snacks. I longed to pack a toiletries bag with tiny bottles of soap, stay in a soulless motel, and speak to my sources face to face.

While itâ€™s possible, of course, to do a lot of reporting via phone and video calls, these methods are usually no match for reporting in the field. You canâ€™t read the expressions on peopleâ€™s faces, observe their passing conversations with others, or gauge the way they hold themselves.

Many of the cues we use to figure out a personâ€™s character, motivations and integrity are stripped away.

So when my reporting for a story on the fight over Australiaâ€™s wild horses, considered both invasive pest and icon (which you can read when it is published this weekend), coincided with the easing of restrictions in Victoria, I was eager to get in the car and go.

There, in the High Country, about 100 miles from Melbourne, a group of ranchers said they were planning a vigilante muster in an attempt to save a mob of wild horses, known as brumbies, from culling. Our main source, Philip Maguire, told me and our photographer, Matthew Abbott, that we should come prepared to camp in freezing and muddy conditions in the national park.

We expected to follow the ranchers, to glean scenes with action â€” and, of course, to see a lot of brumbies. Instead, we were met with a mob of other journalists, whom Mr. Maguire had corralled to his property. Being there made it clear very quickly that the story was more complex, as it always is, than we had first assumed.

Brumbies can be challenging to capture â€” especially when being chased down a slippery and rocky terrain. Yet in the ranchersâ€™ ranks, few appeared to be fully equipped with a horse strong and quick enough to do so. Quietly, even the activists themselves were skeptical of their chances of success.

Instead, we observed Mr. Maguire fielding calls from lawyers and other media outlets; we saw a crew film a short promotional video involving four cowboys cantering on horseback across a river; and we also witnessed the way that, as the media presence trickled away, the drive to muster the horses began to fade.

Ultimately,Â the experience felt closer to a watching a performance dressed up as an authentic attempt at action â€” the symbolism of the brumbies and the lifestyle they represent almost seemed to mean more to the rural activists than the lives of the animals themselves.

Would we have reached the same conclusion with phone calls? Maybe, maybe not.

But being there is our default setting as New York Times journalists, and many of us expect to struggle with that as the pandemic continues.

Though it might be advantageous to be in the field, we are still far from being out of the woods with the coronavirus, as recent spikes around the globe have shown. Scientists say that for the moment, we need to learn to live with the virus. So what does that mean for journalism?

At The Times, weâ€™re erring on the side of caution. Reporting trips have to approved by editors and a security adviser. We have guidelines and reminders for masks and hygiene.

In the case of the brumby story, my editors made the call that it was safe to go. But now, as cases rise in Victoria again, questions of a second wave and a second lockdown are looming. Increasingly, I am asking myself, what am I missing if I canâ€™t be there, and if the coronavirus fundamentally alters how we report at least for now, how can we get more adept at filling in those gaps?

With that to ponder, here are our stories of the week.

Last week, we asked about your calculations of risk as you step out into the world with the easing of lockdowns in many parts of Australia. Many readers said they were concerned about the indifference they see all around them.

Since our new normal, I am a little hesitant to go out to group reunions where physical distancing will be problematic, with good friends who still want to have hugs and kisses etc. as though all life is back to normal.

I have this feeling that many people now believe this pandemic is over and as we escaped those terrifying hospital scenes in Europe and New York. I have many friends who say the lockdown here was an overreaction.

I donâ€™t agree with them, but I keep it to myself. I donâ€™t think anything I say will change their view.

Are you enjoying our Australia bureau dispatches?

Tell us what you think at NYTAustralia@nytimes.com.

Forward it to your friends (they could use a little fresh perspective, right?) and let them know they can sign up here.