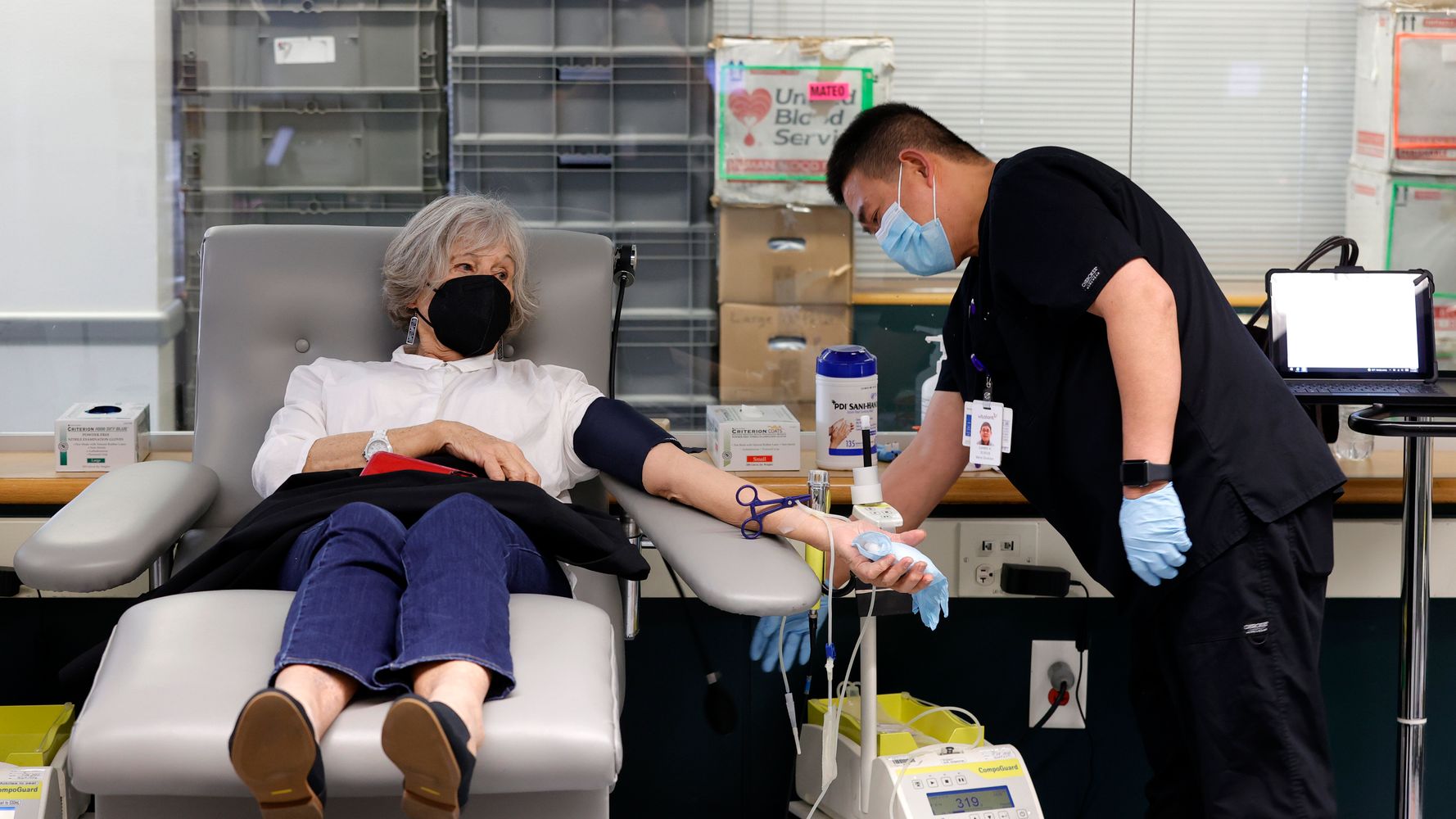 Health care workers across the country are warning of trauma centers closing, surgeries being delayed and chemotherapy patients having to postpone treatment amid what the American Red Cross is now calling a national blood crisis.

â€œItâ€™s impacting every patient population that we take care of,â€ Dr. India Sisler, clinical director of pediatric hematology and oncology at VCU Health System in Virginia, told HuffPost on Thursday of the current shortage that she called the worst sheâ€™s seen in her 15 years of practice.

â€œWeâ€™re in a position now where weâ€™re having to triage patients and only use blood products for patients who have an immediate life-threatening issue,â€ said Sisler, who treats children with cancer and blood disorders. These shortages are putting considerable strain on not just her young patients, Sisler said, but on parents who fear the absolute worst for their children.

â€œIf thereâ€™s a couple of bad traumas that come in, then the blood supplyâ€™s wiped out and their child who requires transfusions to live may not be able to get blood. So thereâ€™s a lot of anxiety happening,â€ she said.

The AABB, Americaâ€™s Blood Centers and the American Red Cross released a joint statement on Monday that called for donations amid whatâ€™s being called the worst blood shortage in over a decade. As of Thursday, 34% of the nationâ€™s community blood centers have a one-day supply or less of blood available, according to Americaâ€™s Blood Centers, which provides close to 60% of the U.S.â€˜s blood supply through its member organizationsâ€™ blood collection sites.

The Red Cross, which is said to provide about 40% of the national blood supply, has attributed the current blood decline in donations to COVID-19 disrupting donor turnout, canceling blood drives, creating staffing challenges and causing misinformation about donor eligibility. Winter weather has also been blamed for the drop.

â€œOn certain days, some hospitals may not receive as much as one-quarter of the blood products requested,â€ the Red Cross said in a statement. â€œBlood cannot be manufactured or stockpiled and can only be made available through the kindness of volunteer donors.â€

In Los Angeles County, the nationâ€™s most populous, health officials said one of its trauma centers at Harbor-UCLA Medical Center had to close for a couple of hours earlier this week due to the blood shortage.

â€œAt our doorstep we have not only the ever-increasing COVID-19 surge numbers â€” and [the] associated health care shortage as a result â€” but now we also have a National Blood Shortage crisis that has begun to impact hospitals across Los Angeles County,â€ Dr. Christina Ghal, the countyâ€™s health services director, told HuffPost in a statement. â€œEveryone has been focused on COVID-19, but we need to urgently focus some of our attention and efforts on donating blood.â€

Fortunately, not all hospitals are facing such dire conditions, including those located in regions where blood centers are being hardest hit, like the Northeast, according to Americaâ€™s Blood Centers.

At New York-Presbyterian/Weill Cornell in New York City, clinical teams there have been asked to be mindful of their blood use, said Dr. Robert DeSimone, director of transfusion medicine, but otherwise, the hospital hasnâ€™t been directly impacted by the shortage.

â€œWe have definitely sent out several email communications throughout the hospital just to remind everyone that there is a bit of shortage right now and please be mindful, only use blood when you truly need it, treat it as a precious resource, donâ€™t waste it,â€ he told HuffPost.

Like DeSimone, Sisler credited those who run her medical centerâ€™s blood bank for allowing patient work to continue largely unaffected during prior supply pinches. Unfortunately, these last few weeks have been unprecedented in her area, she said.

â€œEveryone has been focused on COVID-19, but we need to urgently focus some of our attention and efforts on donating blood.â€

Sisler said she has personally seen chemotherapy patients having to delay treatment because the therapy can lower blood counts, requiring a blood transfusion.

There are also some patients with rare blood disorders who need regular transfusions because they cannot make red blood cells on their own. Instead of receiving one transfusion every three weeks, they may receive one every four or five. Those suffering from anemia may also have to forgo a transfusion because going without one is not considered to be immediately life-threatening.

â€œSo the amount of time that they feel horrible and that they have symptoms has increased. That puts increased strain on their heart, lungs, their body to be that anemic, and we canâ€™t really think about the long-term impacts of that, we just really have to look at the short-term impacts,â€ she said.

Sisler encouraged prospective donors to visit the Red Crossâ€™ website to schedule an appointment to donate blood, saying the nonprofit can help prioritize areas that need more blood than others â€œso that itâ€™s fair and equitable.â€

She credited recent media reports for encouraging people to sign up to donate locally, leading to some appointment times being backed up. But because the blood shortage isnâ€™t expected to clear up anytime soon, she urged people to take any available slot that they can.

â€œWeâ€™re going to need those donations in two weeks, in three weeks, in four weeks, just like we need them today,â€ she said. â€œSo weâ€™re really just encouraging people to find a slot any time to help us get through this.â€