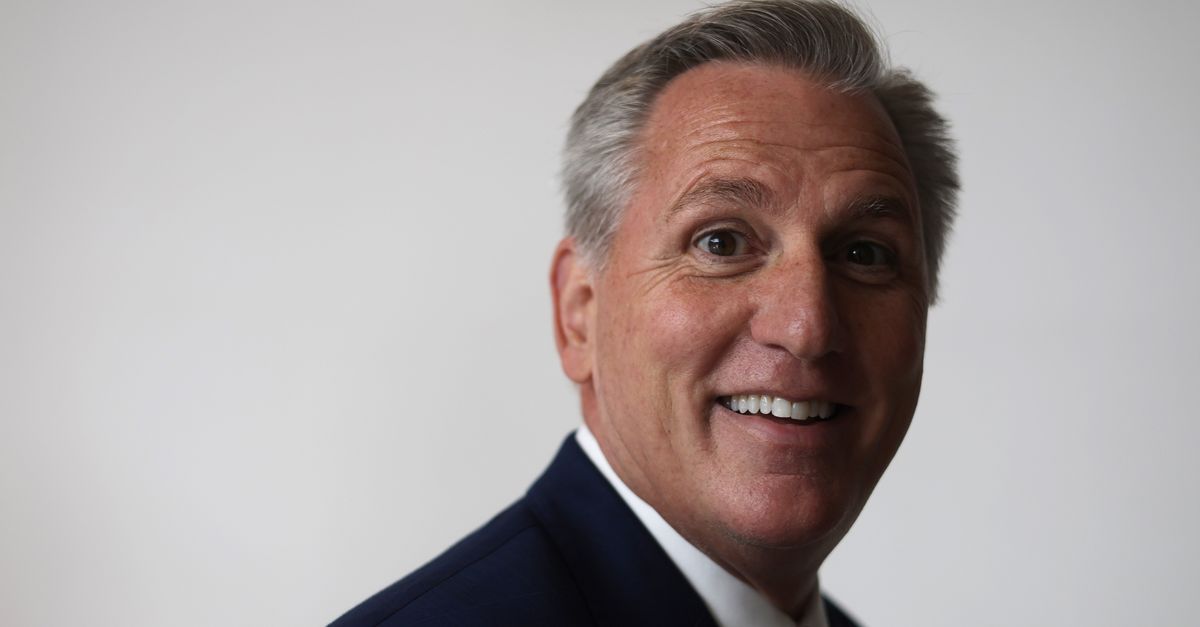 House Republicans are apparently set to announce a policy platform that criticizes Democrats’ popular prescription drug cost reductions and opens the door to Social Security and Medicare cuts, according to a document that leaked online Wednesday.

House GOP Leader Kevin McCarthy (Calif.) was supposed to announce the party’s “Commitment to America” on Friday, but instead, a multi-page document bearing that name briefly appeared online Wednesday on McCarthy’s website. Approximately an hour after New York Times reporter Annie Karni tweeted it out, the part of McCarthy’s site with the document was locked down and accessible only with a password.

It’s not clear if the one-page document was the entirety of what Republicans plan to release or just a summary or a draft.

Speaker Nancy Pelosi’s (D-Calif.) communications director knocked the GOP platform on Twitter with a series of screenshots from the now protected website.

McCarthy claimed to be unaware of the apparent foul-up. “I haven’t seen it,” McCarthy told HuffPost on Wednesday afternoon.

The GOP document promises to “fight inflation and curb the cost of living,” but the only policies it proposes are federal government spending cuts. It also promises to cut taxes, which could increase inflation, and government regulations.

The platform also promises to “save and strengthen Social Security and Medicare,” but lists no policies to do so. In June, Republicans on the House Ways and Means Committee held a roundtable on Social Security where they discussed policies that would reduce coverage and cut benefits to seniors. The Republican Study Committee, a bloc of conservative House GOP lawmakers, included a plan to massively slash Social Security in its proposed 2023 budget.

It also criticizes a provision in Democrats’ Inflation Reduction Act that cut the price of some prescription drugs for Medicare patients, calling it a “drug takeover scheme” that “could lead to 135 fewer lifesaving treatments and cures.” Alongside this criticism comes a promise to “invest in lifesaving cures.”

While GOP candidates have sought to avoid talking about their position on abortion following the Supreme Court’s decision to overturn Roe v. Wade, the platform promises to “protect the lives of unborn children and their mothers.”

A section on elections and voting rights nods to former President Donald Trump’s election lies by stating that there is a “crisis among voters who have lost faith in our elections.” It then promises to enact new restrictions on voter access including mandating voter ID, loosening rules on voter roll purges and increasing access for observers during elections.

The platform is intended to recall the “Contract with America” proposed by former Speaker Newt Gingrich ahead of the 1994 elections as a list of promises of what Republicans would do if they won control of Congress for the first time in 50 years.

Where Gingrich’s contract included a list of 10 bills that he promised would get floor votes, the only piece of legislation directly mentioned in McCarthy’s Commitment is a Parental Bill of Rights the party rolled out following a ginned-up controversy over the teaching of so-called critical race theory. McCarthy’s platform also includes more socio-cultural policy issues than Gingrich’s, which focused heavily on supply-side economic policies, government reform and changes to the government’s welfare program.

The document was expected to be vague, as have been several Republican party agendas in the past. A Politico story previewing the document warned it would not go into policy specifics, in part to make it easier to digest across the House GOP’s ideological spectrum. The plan, for example, includes promises to cut inflation without providing any specifics.

Before the apparent online disclosure, HuffPost asked McCarthy about criticism that the document would be too vague. “Only one party has a plan to put America in a new direction,” McCarthy replied.

The rollout was originally planned for Monday but was postponed in light of the wall-to-wall news coverage of the death of Queen Elizabeth II. It was rescheduled to be formally unveiled Friday in Monongahela, a small town just south of Pittsburgh, Pennsylvania.

A request for comment about the leaked document to McCarthy’s office was not immediately returned.