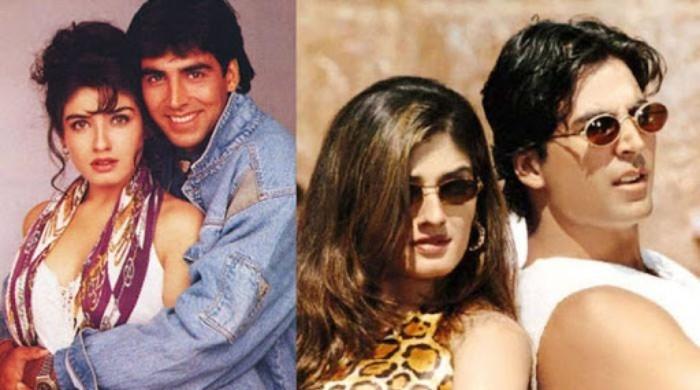 Akshay Kumar has had his fair share of controversies during his career in Bollywood, one of which also involves a cheating scandal with ex fiancee Raveena Tandon.

There was a time when Akshay was dating popular actress Raveena and was even engaged to her before tying the knot to Twinkle Khanna.

However, the former flames’ love saga reached its tragic end when Akshay was caught red handed with two actresses by Raveena.

It so happened when the two broke up die to a fallout that occurred during the shoot of Khiladiyon Ka Khiladi.Â

Raveena had a problem with Akshay’s intimate scenes with Rekha in the movie and the problem was further fuelled by Shilpa Shettyâ€™s entry.

Post their split, Raveena blasted Akshay and during an interview revealed she had caught him red handed with Rekha and Sushmita Sen.

Moreover, she went as far as to reveal that her friends had already warned her about Akshay but she did not pay heed to them back then.Â

Raveena also claimed that Akshay got engaged to two more girls even after being engaged to her.