How Biden puts Emmanuel Macron in a bind 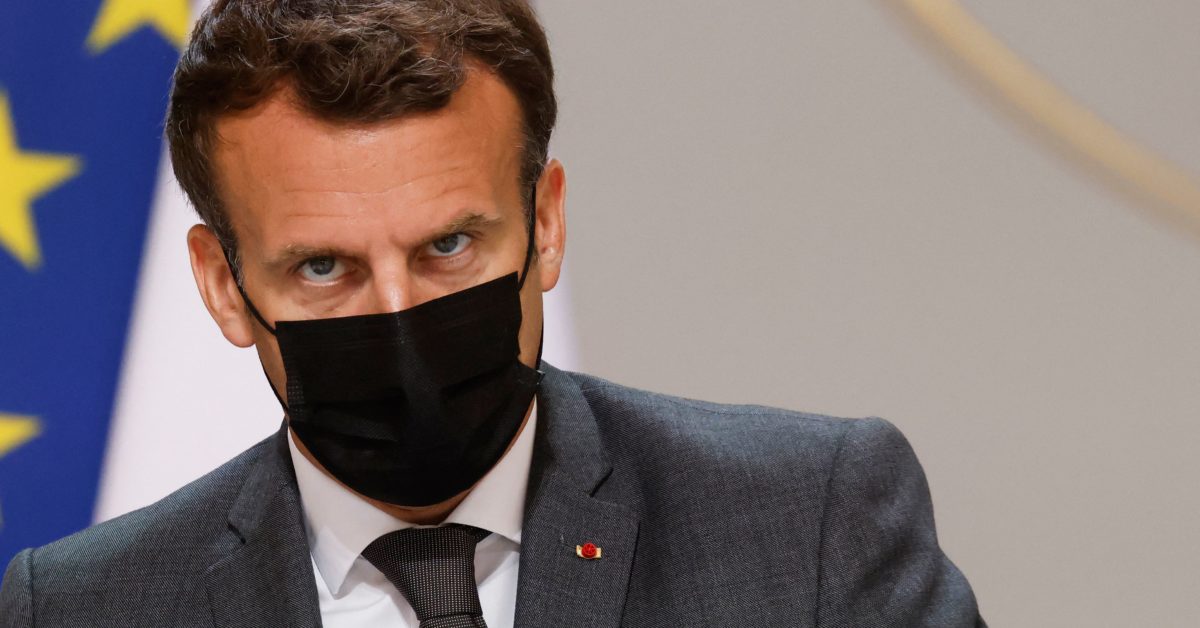 PARIS â€” Emmanuel Macron and Donald Trump didn’t see eye to eye on anything much. But in some ways, life was simpler for the French president before Joe Biden entered the White House.

With Trump pursuing his America First foreign policy, Macron could style himself as the world’s multilateralist-in-chief â€” trying to get everyone to work together for the global good. He also tried to act as Trump whisperer, seeking to forge a macho relationship with the U.S. leader and manage his ego at global events such as the G7 summit in Biarritz in 2019.

Both roles gave Macron a central place on the world stage. But as he prepares to meet Biden for the first time at the G7 summit in Cornwall, England, this weekend, the French president finds the leading position has been retaken by his American counterpart, an avowed champion of multilateralism.

That presents Macron with a more subtle challenge: how to work with Biden on their many common endeavors while holding onto the global leadership role he enjoys and France expects, as well as trying to preserve a distinctively French and European position on some issues.

So far, Macron’s response to that challenge has revealed irritation at the credit Biden has received for his international initiatives, as well as apparent attempts at one-upmanship, adjustments to the U.S. administration’s ways of operating and relief at again having a more reasonable partner in Washington.

Even before Biden took office, Macron seemed to be trying to preemptively set elements of the international agenda. Late last year, he floated the idea of a “Paris Consensus” â€” a set of priorities for the 21st century that went beyond the economics-focused Washington Consensus of the 20th century.

Similarly, France backed an EU decision to push ahead with an investment deal with China just weeks before Biden’s inauguration â€” even though the U.S. president’s team had made clear it wanted the EU to wait.

Since Biden took office, Macron has frequently declared that it’s the U.S. that’s catching up with Europe on climate, biodiversity and vaccine solidarity â€” pillars of the new global multilateral agenda that Europeans had had to build without Trump’s support.

Macron has also been keen to preserve a distinct European approach to the world’s biggest issues, even at the risk of being perceived to be one-upping Biden.

The official French line was that Macron had informed the U.S. of his plans to hold such talks, in order to try to get China to increase its climate commitments, when Bidenâ€™s Special Envoy for Climate John Kerry visited Macron in Paris.

But, to some at least, the ElysÃ©e seemed to be allowing the Chinese government to set the narrative around the summit and steal a march on Biden â€” Beijing announced the meeting ahead of the French, while Kerry was in Shanghai for a round of talks. American officials were privately puzzled by the messaging.

Macron also sought to create a role for himself, through the U.N., in the most recent eruption of the conflict between Israel and Hamas, by trying to table a Security Council resolution for a cease-fire â€” even though the U.S. had blocked a previous one and was intent on handling the conflict bilaterally.

The one-upmanship goes both ways.

In May, Biden overshadowed a European Council summit in Portugal with an announcement that he was in favor of waiving patents on COVID-19 vaccines in order to facilitate access for poorer countries.

His European allies were caught off guard, chief among them Germany and France, who were not in favor of the patent measure and had instead been asking the U.S. to donate doses and lift export bans on vaccine components as a quicker way to help poorer countries. Â

Asked at a press conference if Biden had claimed moral leadership on COVID-19 vaccine solidarity by supporting waiving patents, Macron was visibly irked. He insisted that the U.S. was catching up to Europe on solidarity and accused the European press of having an inferiority complex toward the U.S.

“When the U.S. follows us, which is in fact what is happening â€¦ you say ah, the U.S. has the leadership!â€ Macron told reporters. â€œYouâ€™re giving me the impression that you are waking up, you didnâ€™t follow the movie.â€

Then late on Wednesday, ahead of the G7 summit that will heavily focus on the coronavirus pandemic, both sides seemed to be converging. Macron expressed support for waiving patents for vaccines to help end the coronavirus pandemic, while Biden was getting ready to announce plans to purchase 500 million doses of BioNTech/Pfizer vaccines to distribute to other nations.

On a personal level, less is riding on Macron’s relationship with Biden than was on the line with Trump. Biden governs in a more collegial style than Trump and delegates much more to senior officials.

Nevertheless, personal relationships between leaders are crucial when their staff can’t overcome differences.

At first glance, Macron, the upstart wunderkind with little folksy appeal, and the down-to-earth Biden â€” who has been in politics longer than the French president has been alive â€” are very different. But politically they are not so far apart on many issues; both can be seen as centrist pragmatists. And they do have at least a little in common, personally: They’re both married to teachers.

Meanwhile, French officials are also having to readjust to dealing with the full spectrum of the vast American government including the State Department, National Security Council and Congress, after more than three years of mainly Macron dealing directly with Trump on all the major issues.

Both French and American officials maintain that cooperation between the two countries â€” among diplomats, advisers, ministers and presidents â€” is deep, wide ranging, effective and constructive, especially as some of them have known each other for almost a decade since the Obama administration.

Even small gestures have been appreciated by the French side, such as U.S. Secretary of State Antony Blinken’s use of the French language in some international fora. Blinken spoke in French when he announced that the U.S. was joining the Christchurch Call, an initiative led by New Zealand and France to combat online hate.

But after four years of Trumpâ€™s unpredictability, French and other European officials aren’t taking the new administration’s warm words on international cooperation at face value. They’re looking for concrete actions.

Vaccine solidarity will be a central focus of this weekendâ€™s G7, and while the U.S. and France agree on the concept, they differ on how to achieve it. French officials are waiting to see what the U.S. delivers.

â€œConcretely, if we want to accelerate vaccine access and increase production capacities, export barriers must be lifted,” a Macron adviser said in a pointed dig at the U.S. “We in the EU have no export barriers.â€

French officials will also be watching to see if the U.S. uses the EU-backed international COVAX initiative to donate the millions of vaccine doses it has previously announced it will give to poorer countries.

â€œWe will be looking toward the U.S. to see if they deliver or not,” the adviser said.