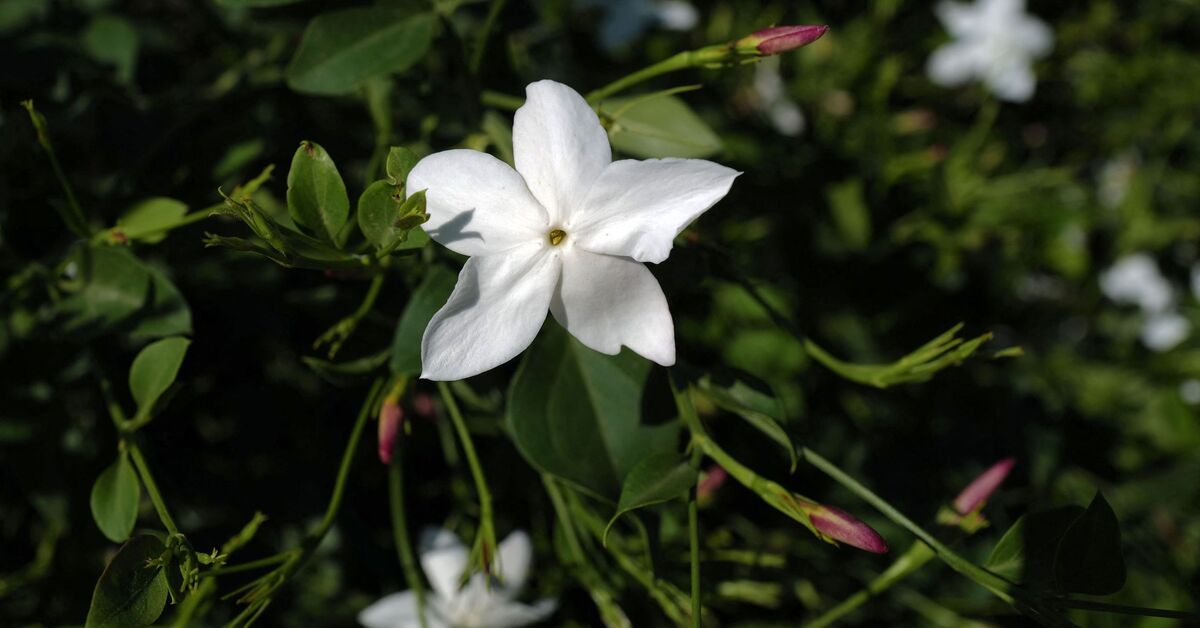 The Egyptian village of Shubra Beloula in Gharbia governorate, north of Cairo, is known as the â€œJasmine village.â€ Most of its 50,000 residents work in cultivating jasmine and extracting its oil, with which fragrances are made and exported to European and many other countries around the world.

Hussein al-Fakhry, the owner of the leading jasmine extraction factory in Egypt and head of the executive committee of theÂ International FederationÂ of Essential Oils and Aromatherapy Trade, told Al-Monitor, â€œWe now produceÂ over 2,500 tons of blossomsÂ per season,Â which represents about 60% of the global production. The village’sÂ daily production of jasmine [during the 9-month season] is 10 tons. The harvest is then delivered to aÂ cooperativeÂ that buys one ton of jasmine for about 12,000 Egyptian pounds [$762]. Two to three kilograms of jasmine paste is extracted from each ton, a kilo of which is exported for $15,000.â€

The scent of jasmine buds fills the village during the harvest season, which begins in September and lasts until May, during which the villagers laboriously collect flowers by hand after the sun sets.

Ashraf Abu Hassan, director of the horticulture department in the Directorate of Agriculture in Gharbia governorate, told Al-Monitor thatÂ jasmine is perennial, and each plant can live up to 30 years. He added,Â “The weather in Egypt is favorable for jasmine flowers to grow, given the moderate climate and low humidity. Flowers are harvested only in the evening, because the jasmine flower is very sensitive to sunlight. It is full of oils and coated with a waxy substance that protects it from heat. If flowers were harvested in sunlight, the wax would melt, the oils would run out and the flower would die. Jasmine flowers must be carefully picked one by one.â€

Abu Hassan explained, â€œDuring the process of picking flowers, we have to balance between speed and caution, not pressing too hard on the flowers so as not to lose their oils.â€

He continued, â€œAfter the harvest, jasmine flowers are collected inÂ the coop, and from there manufacturers take the flowers and wash them well to separate the wax.Â â€¦ Oil is then extracted from the flowers and sent to a laboratory to produce the paste that is exported abroad for use in the manufacture of perfumes and medicine.â€

Abu Hassan said, â€œIt all began in the 1950s, when one of the major landowners in the village, Ahmed Pasha Fakhri, imported jasmine flowers from France to plant in Egypt. He then established a factory with a French partner called Cecile Youssef to extract jasmine paste and export it to France specifically.â€

He continued, â€œWith time, the cultivation of jasmine became more popular in the village, so a new factory was needed â€¦ and for this reason, the French partner built a new factory bearing her name. The two factories are still operating in the village.â€

â€œWe produce essential oil through steam distillation, a method that had not been adopted by any international factory before,”Â Fakhri noted, adding,Â “This technology was developed just in time when demand fell dramatically in 2020 due to the COVID-19 outbreak.”

He said that being able to produce the essential oil themselves saved the sector when exports of the paste fell dramatically.

Ahmed Abdel-Ghani, an agricultural engineer who has been working in jasmine cultivation for 30 years, told Al-Monitor that during the harvest, the village’s average daily production per person is between two and five kilograms of flowers.

He noted, â€œJasmine is collected only by hand, which requires great effort, and about 50,000 families benefit from jasmine farms in Gharbia.â€

Despite the low wages, Abdel-Ghani explained, the jasmine harvest remains a major source of income for most villagers, especially women and the elderly, who wait for this season to cover their financial dues and accumulated debts throughout the year. â€œIn fact, most postpone weddings until the time of the harvest season so they can use the money they made selling the crop.â€