How Europe can calm the crisis in Ukraine 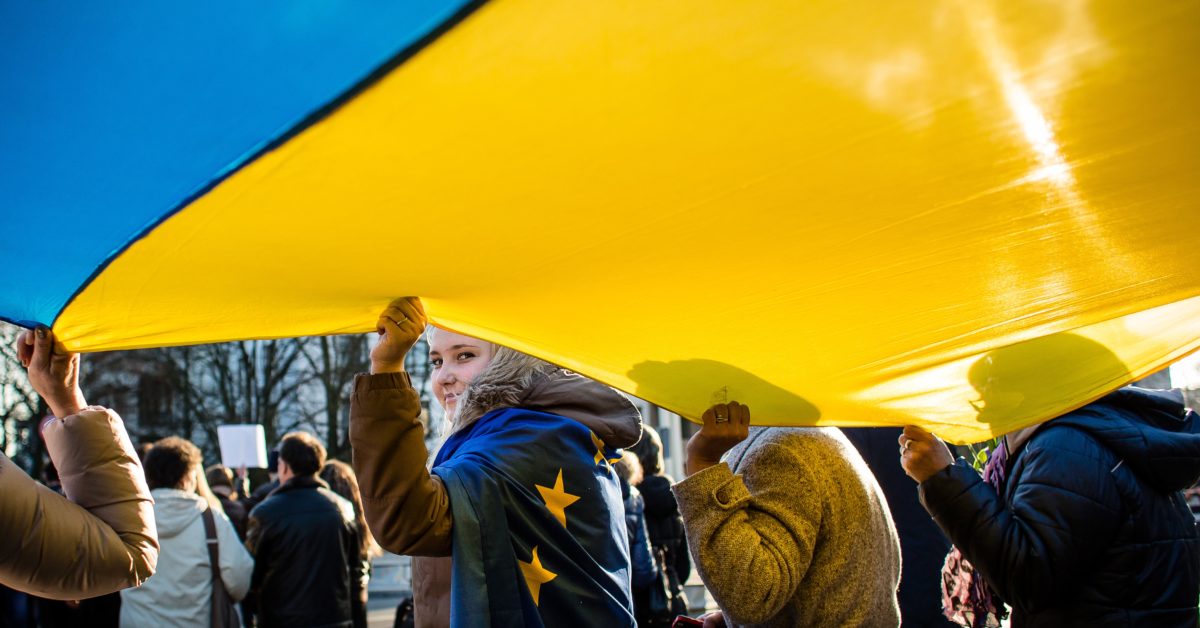 Oksana Antonenko is a global fellow at the Kennan Institute and a member of the EU-Russia expert network on foreign policy. Paul Taylor writes the â€œEurope at Largeâ€ column for POLITICO. His report â€œMurky Waters â€“Â the Black Sea and European Securityâ€ will be published on January 26.

Europe cannot afford to sit out the growing crisis between Russia and Ukraine and leave it to United States President Joe Biden alone to try to prevent a war on its own doorstep.Â

The European Union has in its possession the tools to help Kyiv defend itself and develop its economy. Yet despite all the talk of strategic autonomy, what is missing so far is the political will to use the full toolbox. This weekâ€™s summit of the EUâ€™s Eastern Partnership, which includes Ukraine, Georgia, Moldova, Armenia and Azerbaijan (Belarus suspended its participation in June), is an opportunity for a more proactive European initiative in the region.Â

With his saber-rattling, Russian President Vladimir Putin wants to rewrite the Paris Charter of 1990, which allowed Central and Eastern European countries to regain their freedom, security and prosperity. He seeks to make the EU and NATO look impotent.Â

Europe sat out the war between Eastern Partnership members Azerbaijan and Armenia over Nagorno-Karabakh last year, leaving Russia to negotiate and police a ceasefire. It must not take the same passive path over Ukraine, which is directly on its borders and has a far-reaching Association Agreement with the EU.Â

Instead, hereâ€™s how the EU should respond:Â

First, the EU should make clear how it would raise the price for Russia of a military assault on Ukraine. Working in parallel with Washington, European governments may yet be able to change the calculus in Moscow â€” if they are willing to spell out what additional sanctions they would impose in case of Russian aggression, including decisive steps to reduce imports of Russian hydrocarbons.Â

For example, if the Kremlin were to unleash a firestorm on Ukraine, Berlin would face massive pressure to pull the plug on the Nord Stream 2 natural gas pipeline. It would be smart for Chancellor Olaf Scholz to get ahead of the game by putting the pipeline â€” completed but not yet operational â€” on the table voluntarily. Germany might face a potential energy shortfall, but a clear warning that the future of the project is in the balance might just make Putin think again. Â

Europeans can also do more to offer security and economic support to Kyiv, while pressing both sides to implement the Minsk peace accords on eastern Ukraine. The EU should incorporate a security compact in its Eastern Partnership â€” at least for the so-called Associated Trio of Ukraine, Georgia and Moldova â€” including assistance with military training, intelligence-service reform and combating hybrid and cyber warfare. To that end, it could widen the mandate of the existing EU Advisory Mission for Civilian Security Sector Reform in Kyiv as well. Â

Germany is hamstrung by its own rules that bar it from delivering arms to crisis zones â€” even if that did not stop it supplying training and weapons to Iraqi-Kurdish Peshmergas combating ISIS fighters. But France and Italy have no such self-imposed constraints and could help strengthen the Ukrainian military as the U.S., the United Kingdom and Turkey are already doing.Â

Additionally, with the U.S. providing no meaningful investment, and Chinese interest not always being welcome, only the EU can offer the Black Sea region a more prosperous and economically stable future. Brussels should make this a much bigger focus of its spending, diplomatic and policy dialogue. Â

The EU should use its nascent Global Gateway infrastructure fund to develop transport, energy and digital corridors. It should engage its eastern European neighbors in major projects such as green hydrogen power, offering to include Russia if it calls off military threats against Ukraine. EU experience in fostering cross-border cooperation and people-to-people contact in the Baltic Sea region should be used to strengthen economic and human connection in the Black Sea. Â

With the U.S. determined to focus its attention on China and eager for the EU to make good on its declared ambition to take more responsibility, the Ukraine crisis is a reality check on Europeâ€™s ability to help stabilize its own neighborhood, and of the new German governmentâ€™s willingness to â€œget realâ€ about security threats.Â

It is also a test of the new cooperative relationship between the EU and NATO, both of which are due to adopt new strategic guidelines in the coming months, as well as an opportunity for the EU to make the Black Sea region the focus of renewed strategic engagement with Turkey. Ankara has built close relations with both Moscow and Kyiv, and a joint EU-Turkey initiative could be part of an off-ramp from the current confrontation, if Putin chooses to take it.Â

The EU has always been divided on Russia. Germany, France and Italy oppose pressing Moscow too hard, to safeguard their bilateral relations and economic interests, and Central European members have been blocking any meaningful dialogue and cooperation between the EU and Russia, particularly in relation to their shared neighborhood. But it is now time to put aside those differences. Only by taking collective action can the EU facilitate a sustainable peace in the Black Sea region.