How Joe Biden Got His Cabinet Confirmed 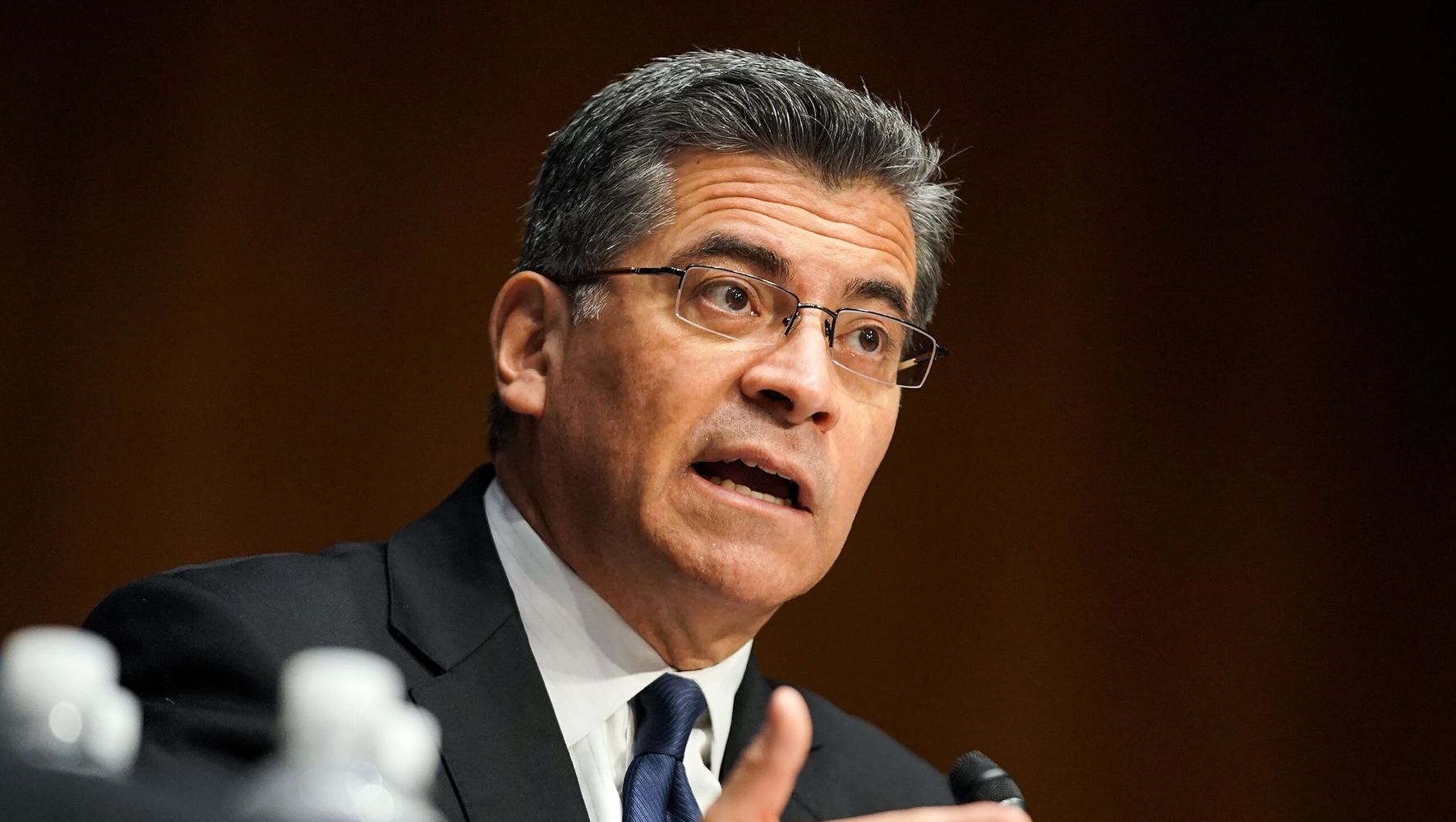 When President Joe Biden won in November, Democrats were prepared for a series of grinding battles to confirm his Cabinet picks. But with the Senateâ€™s 68-29 vote to confirm Boston Mayor Marty Walsh as secretary of labor on Monday night, theyâ€™ve instead seen every Cabinet secretary confirmed with only minor speed bumps, racking up more votes and winning confirmation faster than Donald Trumpâ€™s nominees.Â

Biden has outpaced both of his most recent predecessors in getting his Cabinet in place. Trump didnâ€™t get his nominees to lead the departments of agriculture and labor installed until the end of April 2017. Barack Obama also had to wait until April 2009 to see his pick to lead the Department of Health and Human Services start the job.Â

And despite a Democratic Senate majority that is two seats smaller than the 52-seat Republican majority in 2017, a time-consuming impeachment trial and a delayed handover of power, Bidenâ€™s Cabinet nominees have received 73 votes on average, compared with an average of 70 for Trumpâ€™s presidential picks.Â

The success, due in no small part to Democratic wins in a pair of runoff elections in Georgia that handed Biden full control of the U.S. Senate, was also the result of Bidenâ€™s success in finding nominees who could win wide approval in the Senate â€• and his teamâ€™s success in winning over key senators when GOP cooperation was hard to come by.Â

â€œIn line with his commitment to bring Americans together, President Biden chose tested nominees who respect the Senateâ€™s role in this process and whose qualifications and character are recognized by leaders and experts across the political spectrum,â€ said Andrew Bates, a spokesman for Bidenâ€™s transition team. â€œClose engagement with senators and advocacy groups has been at the heart of his effort to earn confirmations, and that has started immediately and been sustained after each nominee is announced.â€

The process has not been seamless: Bidenâ€™s nominee for director of the White House Office of Management and Budget, Neera Tanden, withdrew amid GOP criticisms of her harsh tone on Twitter. Tanden is the only Cabinet-level nominee whom Democrats failed to unify around, losing moderate Sen. Joe Manchin of West Virginia.

They couldnâ€™t actually do much of a message campaign before Jan. 6 because … talking about Biden nominees would be an acknowledgment that Biden won. And then when it was time, they struggled to land punches.
A senior Senate Democratic aide on Republican opposition

Bidenâ€™s picks for the so-called â€œBig Fourâ€ Cabinet posts â€• state, treasury, defense and attorney general â€• all received at least 70 votes. In each case, Biden selected a battle-tested veteran, well-known to both him and Republican senators. Treasury Secretary Janet Yellen, a former chairwoman of the Federal Reserve, got a thumbs up from 84 senators. Secretary of State Anthony Blinken, who held the No. 2 job at the State Department during the Obama administration, won over 78 senators. Attorney General Merrick Garland got 70 votes, and Defense Secretary Lloyd Austin earned 93 votes, with only two Republicans voting in opposition.Â

The GOPâ€™s strategy countering Bidenâ€™s nominees was haphazard and initially constrained by Trump himself, who refused to concede the 2020 election for months after he lost. Republican lawmakers â€• and their messaging apparatus â€• were essentially frozen in pushing back against Bidenâ€™s earliest announced picks for fear of acknowledging he won the election.Â

â€œThey couldnâ€™t actually do much of a message campaign before Jan. 6 because they were all refusing to admit that Trump lost and talking about Biden nominees would be an acknowledgment that Biden won,â€ a senior Senate Democratic aide said. â€œAnd then when it was time, they struggled to land punches.â€Â

In contrast, Trump faced organized opposition to his Cabinet nominees early on in his term as Democrats targeted what they called â€œswamp creaturesâ€ whose selections undercut Trumpâ€™s populist campaign promises. His nominees to typically noncontroversial roles leading the State Department and the Department of Housing and Urban Development, for example, saw outsized Democratic opposition, while his pick to lead the Department of Education, Betsy DeVos, required a tie-breaking vote by then-Vice President Mike Pence. Many of his picks for crucial jobs â€• including Secretary of State Rex Tillerson and Treasury Secretary Steve Mnuchin â€• had zero government experience.

Democrats kept Vice President Kamala Harris on standby to cast the tie-breaking vote for Alejandro Mayorkas, Bidenâ€™s secretary of homeland security, but they ultimately didnâ€™t need her thanks to six GOP senators who crossed the aisle to confirm him.Â Â

Republicans were able to mount sustained opposition to just two picks for secretary-level positions â€• former Rep. Deb Haaland (D-N.M.) to lead the Department of the Interior and California Attorney General Xavier Becerra to lead the Department of Health and Human Services. But in both cases, Democrats were able to target key senators and persuade them.

In the case of Haaland, who would be the first Native American to lead the Interior Department, Democrats focused on Alaskaâ€™s two Republican senators, Lisa Murkowski and Dan Sullivan. Nearly 1 in 5 Alaska residents are Native American, putting additional pressure on Murkowski and Sullivan to support a history-making nomination.

â€œAnother reason Iâ€™m supporting Deb, she is an American Indian. I am quite proud of that fact. Iâ€™m close to my Alaska Natives and American Indians,â€ Rep. Don Young (R-Alaska) told the Senate Energy Committee when it considered Haalandâ€™s nomination. â€œI would suggest, respectfully, her working with Native people would be beneficial.â€

The message worked: Murkowski came out in support of Haaland, and Sullivan eventually wrote a lengthy statement explaining why he was backing Haaland despite his disagreements with her on policy issues.Â

Becerra, who was confirmed by a 50-49 margin, was quickly a target of ambitious Republicans, including Sens. Ted Cruz of Texas and Tom Cotton of Arkansas, who attacked his support of abortion rights and his backing of Medicare for All when he was a member of the House.

Becerra met with more than a dozen GOP senators to try to win them over, but his focus quickly narrowed to three members of the upper chamber: Manchin, Murkowski and Susan Collins (R-Maine).

Becerra talked to Manchin one-on-one multiple times, a source familiar with his nomination said, and exchanged letters with the West Virginian on key policy issues, including the opioid epidemic and the COVID-19 pandemic. Those positions were sufficient to win over the Democrat.

When it came to courting Collins, Becerra sought to prove he was willing to work constructively with her and other Republicans. Bidenâ€™s transition team solicited statements of support from Republican attorneys general who had worked with Becerra on the opioid epidemic and other issues.

But there were also GOP misfires. Heritage Action, a conservative group linked to the Heritage Foundation think tank, spent $500,000 on ads pressuring Sens. Kyrsten Sinema and Mark Kelly of Arizona to vote against Becerra. Democrats did not consider either senator a swing vote on Becerra, who is Mexican American, because of the stateâ€™s heavy Latino population.

And Republicans attacked Becerra for a vote he took against banning late-term abortions â€• while ignoring that Collins, a rare Republican who supports abortion rights, had voted the same way. In the end, Collins was the sole member of the GOP to back Becerra, citing commitments he made to help rural health care providers lower prescription drug costs.Â