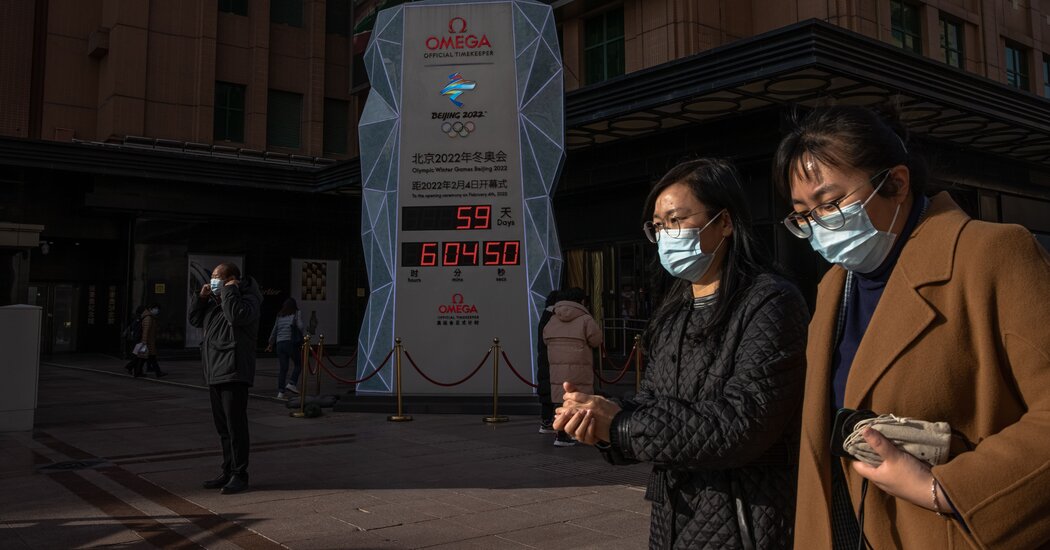 SEOUL — Neither President Biden nor other American officials are going, but the Russian leader might. New Zealand says it decided months ago that its diplomats wouldn’t be attending. Political leaders of other nations are expected to bow out, too, whether they announce an explicit reason or not.

In less than two months, China will open the 24th Winter Olympics in Beijing under the shadow of the coronavirus pandemic and now also a diplomatic boycott intended to protest the host country’s repressive policies.

The White House announcement on Monday that it would send no official delegation prompted anger in Beijing, where Chinese officials on Tuesday once again vowed to retaliate.

A prominent columnist for state media, Chen Weihua of China Daily, bitingly expressed hope that Mr. Biden would live long enough to see China boycott the Summer Olympics to be held in Los Angeles in 2028.

Although the effect of Mr. Biden’s decision on other countries remains to be seen, several have already signaled that they, too, will seek ways to express displeasure with China’s policies while stopping short of prohibiting athletes from attending.

The decision will be especially complicated for European nations, which have sharply criticized China’s abuses of human rights and democracy in Hong Kong and Xinjiang.

The European Union has just renewed for another year the business and travel restrictions it imposed a year ago on officials involved in the crackdown on Uyghurs and other Muslims in Xinjiang.

And in July, the European Parliament, which often takes strong moral positions, overwhelmingly passed a nonbinding resolution calling on diplomatic officials to boycott the Winter Olympics “unless the Chinese Government demonstrates a verifiable improvement in the human rights situation in Hong Kong, the Xinjiang Uyghur Region, Tibet, Inner Mongolia and elsewhere in China.”

Get Ready for the 2022 Beijing Winter Olympics

Just a few months after Tokyo, the Olympics will start again in Beijing on Feb. 4. Here is what you need to know:

At the same time, many European nations have extensive trade ties with Beijing that they do not want to jeopardize, especially for a measure that is likely only to offend China, not change it.

An official response on Tuesday from the European Commission, the European Union’s executive arm, to a question about the boycott offered no support for the American position.

Major sporting events like the Olympics, with their universal audiences, “can be instrumental for spreading positive values and promoting freedom and human rights at global level,” the commission said in a statement. “We are ready to contribute to that end. However, such platforms should not be used for political propaganda.”

Attendance at the Olympics in whatever form is a decision for individual member states, which are sure to be divided on this issue, as on much else.

Italy would not join the American boycott, an Italian government official said on Tuesday, while France, Germany and Britain were noncommittal.

If the Italian position changes, however, it will be a direct blow to Beijing. Italy will host the Winter Games in 2026 and would be expected by Olympic tradition to send official emissaries to these Games, accepting the baton, as it were, from one host to another.

Only a handful of world leaders attended the Summer Games in Tokyo, which were held after a year’s delay because of the coronavirus pandemic. They included President Emmanuel Macron of France, whose country will host the next Summer Olympics in Paris in 2024, and he may be expected to attend these games because of protocol.

His office said on Tuesday that Mr. Macron had taken note of the U.S. diplomatic boycott and that France would “coordinate at the European level” on the issue, Agence France-Presse reported.

“When we have concerns about human rights we let the Chinese know,” Mr. Macron’s office said. “We took sanctions related to Xinjiang last March.”

Germany has not sworn in its new government yet, and while the coalition is expected to take a somewhat tougher line on China, Olaf Scholz, the incoming chancellor, refused to provide an answer on Tuesday. At a news conference, after a third question on the topic, he simply said, “We think it’s important to do everything you can to make the world work together internationally.”

Britain has made no decision on a diplomatic boycott either, but there are calls from within the ruling Conservative Party to do so.

Iain Duncan Smith, a former leader of the party and a vocal critic of Beijing’s policies, welcomed the U.S. announcement and urged Britain to follow suit.

The British government “needs to do the same and announce a diplomatic boycott of the Beijing Winter Olympics,” Mr. Duncan Smith wrote on Twitter, adding in another post that many in Parliament favor such a move.

The British government’s approach to China has been toughening amid growing tension over Chinese policy in its former colony, Hong Kong, a direct embarrassment to London. Speaking before the U.S. announcement, Britain’s deputy prime minister and former foreign secretary, Dominic Raab, told LBC News: “I can tell you categorically I will not be attending the Winter Olympic Games.”

China’s critics praised the White House for focusing international attention on China’s long record of human rights abuses. Those include crackdowns in Tibet and Hong Kong, as well as in Xinjiang, where more than a million Uyghurs and other Muslims have cycled through mass detention and re-education camps.

The International Campaign for Tibet said in a statement that a boycott was “the right choice both morally and strategically.”

Canada and Australia, both of which have tangled diplomatically with China this year, are also considering whether to join the boycott.

“Australia must not be complacent but move ahead with speed to demonstrate our long commitment to upholding human rights and calling out where they are breached,” Eric Abetz, a senator from that country’s governing Liberal Party, said in a statement. He has been calling for a diplomatic boycott since last year.

Although the American decision had been expected and, administration officials said, conveyed to Beijing in advance of Monday’s announcement, the Communist Party government appeared flustered, as well as angered.

Censors appeared to bar searches online for the word “boycott,” while initial reports in state media focused on statements by Chinese officials calling the efforts a politicization of a sporting event in violation of the Olympic spirit.

Officials in Beijing last week tried to pre-empt any prospect of a diplomatic boycott by saying they would not extend invitations to foreign leaders to attend the Winter Games, leaving that task to national Olympic committees around the world instead.

That, however, contradicted a statement by the Ministry of Foreign Affairs last month that the Russian president, Vladimir V. Putin, would attend at the invitation of China’s leader, Xi Jinping. Mr. Xi attended the opening ceremony of the Winter Olympics in Sochi in 2014 at a time when Russia, too, faced diplomatic boycotts.

For many countries, especially China’s Asian neighbors, the question of how to engage with Beijing around the Olympic Games has been fraught. Given the diplomatic sensitivities, some nations have sidestepped any explicit rebuke of Beijing.

Prime Minister Fumio Kishida of Japan said on Tuesday that his country had not yet decided who would represent the country in Beijing, though some lawmakers have called for a boycott because of human rights abuses, territorial disputes and Chinese aggression in regional seas.

New Zealand said that it had also expressed concerns about human rights in China, but that it would not send top officials mostly because of the pandemic.

The obstacles to attending the Beijing Olympics are not just diplomatic.

China has very stringent quarantine rules, requiring everyone who enters the country to spend two weeks in isolation, followed by a week or two of daily health monitoring at home or a hotel, with many restrictions on travel and social interactions.

The annoyances of the pandemic could diminish attendance, as they did in Tokyo. They could also give cover to nations that would simply rather not attend.

Mr. Putin, an avid sportsman and an increasingly close ally of Mr. Xi’s, has not yet given final confirmation of his attendance despite China’s public statement last month that he would attend the opening ceremony, to be held on Feb. 4 in Beijing’s National Stadium, popularly known as the Bird’s Nest. 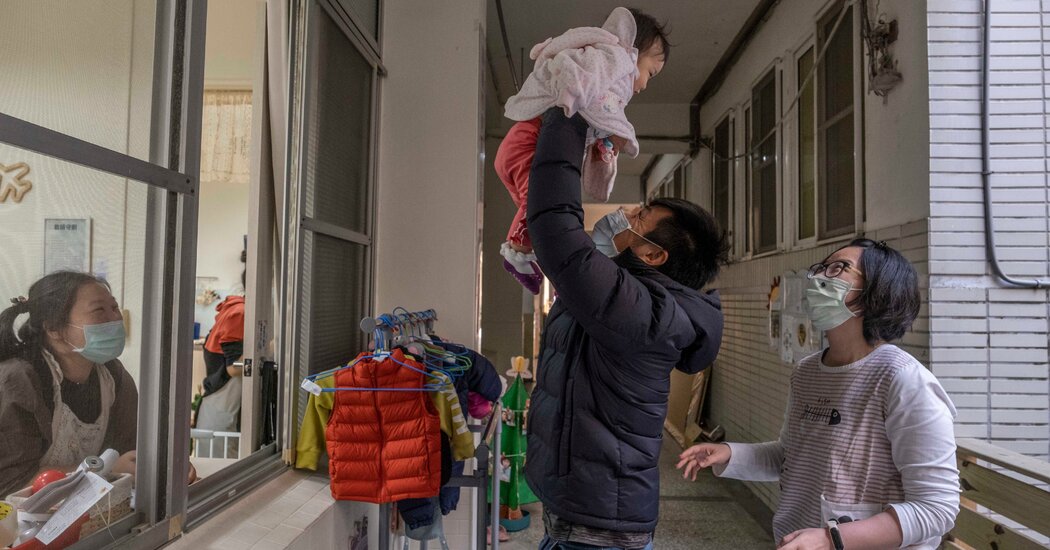