How Steny Hoyer, Pelosi’s No. 2, Decided It Was Time to Step Aside 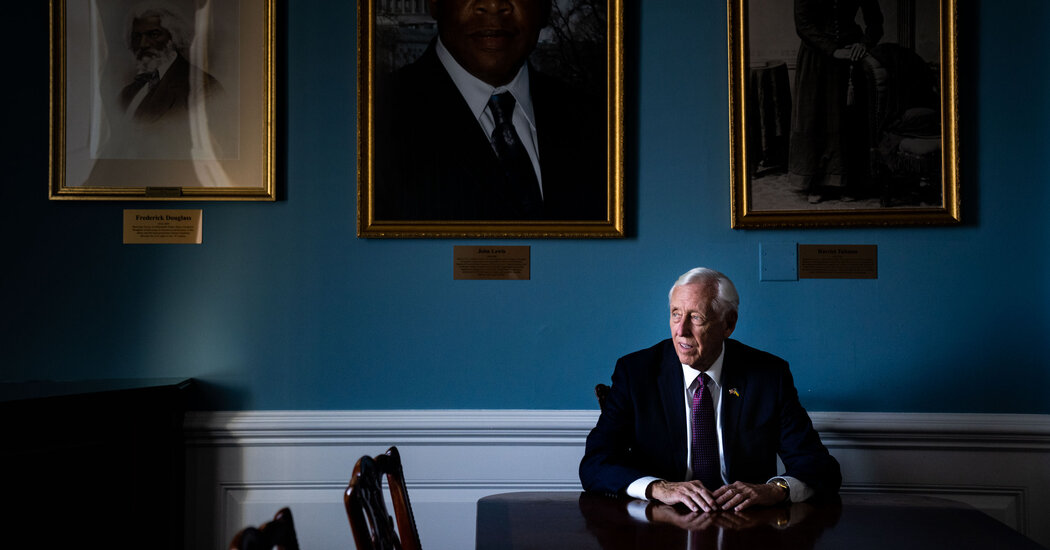 Instead, Democrats lost narrowly and had a civilized and seamless transition, which culminated this week with the uncontested election of Representative Hakeem Jeffries, Democrat of New York, as the minority leader, making him the first Black man to head a congressional caucus.

Following the 2022 midterm elections, Democrats maintained control of the Senate while Republicans flipped the House.

Mr. Hoyer said he had never seriously considered seeking to hang on as the party whip, the second-ranking position in the minority that he had held for a dozen years, but decided against it. That likely came as a relief to Representative Katherine M. Clark of Massachusetts, who on Tuesday was elected to that post by acclamation.

“The minority whip is a very nice office, it’s a very nice title, but all you’re doing is what the majority leader tells you,” Mr. Hoyer said, explaining why the job didn’t make sense for him, again. “I’ve been re-elected 10 times. If you’re a good leader, you know when there’s a time to go or to stay.”

Other Democrats said privately that Mr. Hoyer simply did not have the votes to win the race.

Whatever the case, his departure may be the hardest landing of any of the top three leaders. Though Ms. Pelosi she said she would not attempt to play any role advising the new team, Democrats this week voted to name her “speaker emerita,” an honorific to reflect her legacy. And while Mr. Clyburn agreed to step down from the No. 3 position, he did so as part of a deal that would reorder the rankings of the party’s leadership structure and allow him to run for the post of assistant Democratic leader, a post to which he was elected on Thursday in an uncontested race.

He said he had a long chat with Mr. Hoyer before they both announced their plans.

“Both of us saw this trio as a significant element in the party’s future,” he said of Mr. Jeffries, Ms. Clark and Representative Pete Aguilar of California, who was elected No. 3. “I didn’t know what Steny was going to do; I never asked him. I felt from our discussions that both of us felt that these three people were needed in those positions.”

Mr. Clyburn said his decision to stay on in leadership came out of his conversations with the Congressional Black Caucus about the importance of having two Black lawmakers in the ranks of leadership, and one representing the South.