How To Make Delicious Gravy At Home, With Top Tips From Chefs 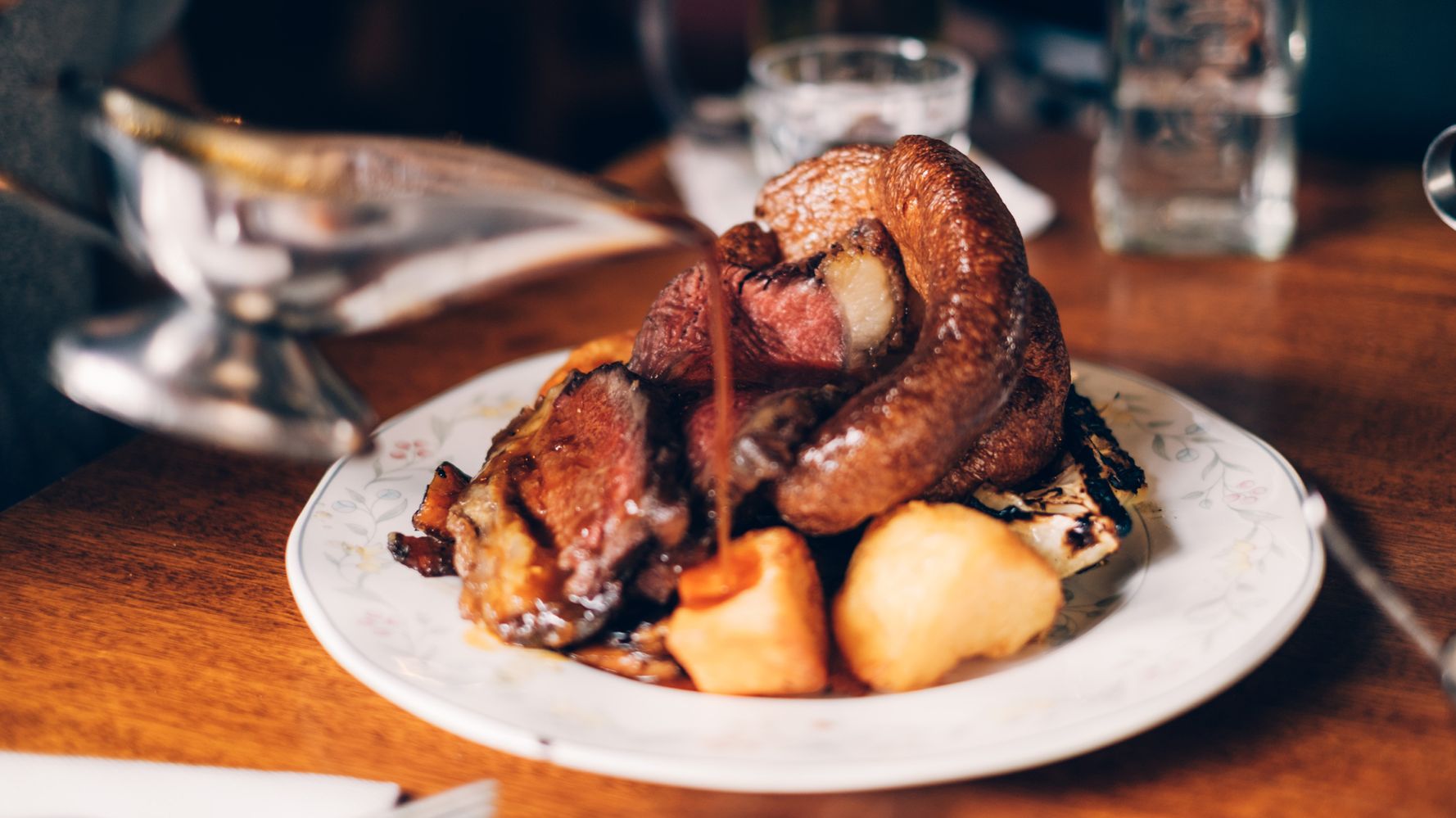 After weeks of battling it out in the kitchen, Ed Balls was crowned the first winner of Celebrity Best Home Cook. In the competition, the former Labour politician paid tribute to his mother Carolyn, showcasing her recipes of shepherdâ€™s pie and gravy.

â€œMy mum taught me to do roast dinners.â€ Balls told Radio Times. â€œI love making gravy â€“ itâ€™s really important, and I always make a nice, brown gravy. My daughter thought Mary Berry would like a much lighter gravy, so I thought hard on how to make my chicken gravy light and much less pungent and strong.â€

Sadly, judges Dame Mary Berry and â¦chef Angela Hartnett deemed Ballsâ€™s chicken gravy â€˜too lightâ€™. â€œI thought, after all these years, I didnâ€™t get my gravy right,â€ said Balls. â€œAnd how could I have done that? I know how to make gravy!â€

Balls shared his gravy thoughts on Twitter, unleashing the floodgates in what he calls â€˜gravy gateâ€™, where people weighed in on their preferences. Whoâ€™s right? We decided to put the debate to bed and ask chefs how to make it at home.

It may seem simple enough, but the possibilities are limitless: from light gravy made from chicken or pork â€“ to a darker type made with dark meats like beef, venison, and duck. Without further ado, all aboard the gravy train.

â€œBovril works wonders as a cheap, quick beef stock,â€ he explains. â€œWhisk in beef stock made from Bovril and hot water. Add rosemary, thyme, and a couple of smashed garlic cloves. Always taste and season at the end of cooking when itâ€™s at the desired consistency, so as not to over season.

â€œOften a pinch of sugar will bring out the flavour. And always cook with fresh herbs, as they turn a bog standard gravy into a delicious one.â€

If you want to up the fancy factor, try cooking gravy with wine, says Oliver Gladwin, chef Patron and co-founder of Gladwin Brothers. The alcohol in wine evaporates when itâ€™s cooking â€“ and only the flavour remains â€“ but be careful of adding too much, as the flavour could overpower your gravy.

To do it, go ahead and make your gravy â€“ whether that be instant granules, a Bovril stock like above, or your own take â€“ then add a couple of tablespoons of alcohol, says Gladwin. â€œIf it was grouse, I would choose Armagnac (brandy); if it was beef, go for red wine and white wine for chicken,â€ he recommends.

â€œReduce to a syrup very slowly and make sure to skim. Youâ€™ll know itâ€™s the right consistency when itâ€™s thick enough to coat the back of a spoon.â€

If you want to take your gravy to the next level â€“ or just have a lot of time to hone your gravy skills â€“ head chef Joe Rozier, from The Mariners Pub by Paul Ainsworth, suggests going to your butcher to get beef bones. â€œThe best gravies use good quality bones and meat trimmings,â€ he tells HuffPost UK.

â€œMake a stock by roasting the bones in an oven preheated to 180Â°C for 45 minutes, before covering with water and adding some black peppercorns and some woody herbs like thyme and rosemary,â€ he advises. â€œI would always use a good quality stock to add extra flavour â€“ my suggestion would be TRUEfoods.â€

Rozier says adding in mushrooms will help give a delicious umami flavour. â€œLet your gravy infuse on a low heat for three hours, but be careful not to boil,â€ he says. â€œIt depends on how full-body you want it, but when making fresh gravy at the pub, we would definitely still fold Bisto to help thicken it.â€

Itâ€™s also worth preserving all your hard work and sticking it in the freezer before serving. â€œFreezing the gravy can help clarify it,â€ Rozier adds. â€œWhen you take it out of the freezer, the fat will have separated and floated to the top and that way you can remove some of it.

â€œFreezing in containers also takes the stress out of making every weekend.â€