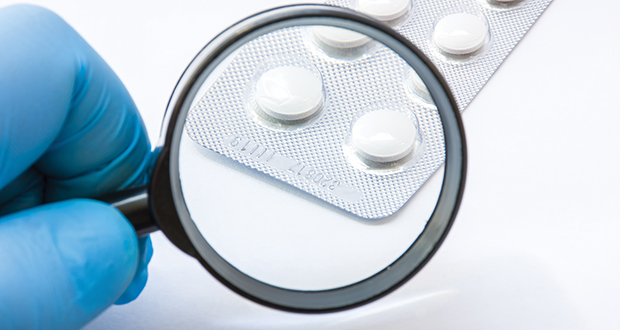 Globulin component Macrophage Activating Factor (GcMAF) is a completely unproven treatment for cancer, yet some Irish patients have bought the drug, hoping to cure their illness. Paulie Doyle reports

The HPRA has issued a warning about a fake cancer cure that is being marketed to Irish people over the Internet. Reported earlier this month in the TheJournal.ie, authorities believe that some Irish cancer patients have ordered Globulin component Macrophage Activating Factor (GcMAF), importing it into the country from the United States in the hope of curing their illness.
A number of private Facebook groups are offering the drug to patients.

One page seen by IMT offers patients a â€˜cancer attack packâ€™ comprising GcMAF, which has no proven impact on cancer, and an assortment of other drugs. Another, which says that it sells â€˜GcMAF yogurt suppositoriesâ€™, asks for a subscription before joining. GcMAF yogurt, helps release â€˜powerful immune-stimulant moleculesâ€™, another (different) page claims, which, it says, will improve overall health and wellbeing.

Meanwhile, a website which claims to document the â€˜secret truth about cancerâ€™ points to the death of a man who allegedly treated 1000s of patients, many of whom had autism, with â€˜experimental GcMAF immunotherapyâ€™.

The man, several GcMAF advocates claim, was murdered by â€˜shady forcesâ€™ because of his â€˜knowledge of GcMAF therapyâ€™. In other words: the medical establishment is covering up a miracle cure for multiple conditions so that it can profiteer. The page offers no evidence whatsoever for this claim.

Healthcare professionals whose patients say that they intend on taking the drug should obviously warn them not to, but they are unlikely to be consultated on the issue.

GcMAF is also pushed as a treatment for other illnesses, such as HIV and multiple sclerosis. Others market it as a cure for autism. In 2018, the BMJ reported UK authorities had convicted businessman David Noakes of distributing GcMAF, having marketed it as a miracle drug that cures many ailments. Noakes received a sentence of 15 months.

Advocates of the drug believe that when introduced to the immune system, GcMAF helps to destroy cancer cells. Some Phase One clinical trials have taken place testing this hypothesis, though no results have ever been published. Facebook groups discussing the drug point to a â€˜conspiracyâ€™ and a â€˜cover-upâ€™ of a cancer cure as the reason that no peer-reviewed data is available on the drug.
In a statement, the HPRA said that it continues to monitor the Internet for the promotion of unauthorised medicinal products, such as GcMAF.

â€œThe HPRA is aware that some websites and supporting social media pages outside the jurisdiction promote the use of GcMAF. At this time, the HPRA does not have evidence that GcMAF is being directly supplied into Ireland by any such website or social media page,â€ the statement said.

â€œThis is not to suggest that the offer to supply GcMAF, or other unauthorised medicinal products will not be made in the future. It is also possible that information relating to the promotion and the supply of GcMAF is being conveyed via word of mouth, undetected websites and social media sites, or other relatively difficult to detect methods. The HPRA is vigilant in this area and will continue to monitor for and investigate such matters, as they arise.â€

The HPRA added that it is aware of Irish patients purchasing GcMAF from websites operating outside the jurisdiction.

â€œThe HPRA consistently stresses the dangers of buying unauthorised medicines online, which could potentially pose a significant risk to health,â€ the statement continued.

â€œThere is no guarantee as to the safety, quality or effectiveness of this unauthorised and unproven product.â€

Fake miracle cures for various ailments have proliferated since the WHO declared the Covid-19 pandemic. In April 2020, the BBC reported that one expert warned of â€˜a parallel pandemic, of substandard and falsified productsâ€™.

That same month, it was reported that Interpolâ€™s pharmaceutical crime-fighting unit, Operation Pangea, had arrested 121 people in 90 different countries over the course of just one week.

In June 2021, the HPRA expressed concern about at 58% increase in the number of medicines seized over a 12-month period. These included anabolic steroids, analgesics, sedatives, and erectile dysfunction medicines. At the time, the HPRA noted that the vast majority of products seized for treatment of Covid-19 â€˜related to traditional Chinese medicine not approved or authorised for use in Irelandâ€™.

Speaking with IMT, a spokesperson for the Irish Cancer Society said that it aims to ensure that anyone faced with a cancer diagnosis is supported to make the best decision for themselves when it comes to their cancer treatment.

â€œIt can be hard for patients to navigate the vast amount of information that exists around cancer treatments and understand the benefits, what is safe and what risks are involved,â€ said the spokesperson.

â€œThrough our specialist cancer nurses on our Support Line and through our Daffodil Centres, we can help. Our nurses can provide one-to-one support and talk through the options people are considering. We urge anyone who is planning to, or who has used medication outside of the recommendation of their Irish clinical team, to call us on 1800 200 700 for non-judgemental advice.â€