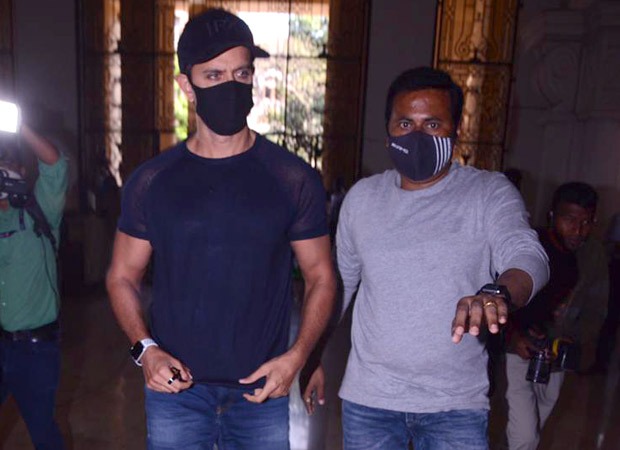 Hrithik Roshan, on February 26, was summoned by the Mumbai Crime Branch to record his statement in a case against actress Kangana Ranaut. On Saturday morning, the Bollywood superstar was seen arriving at the office of the Crime Branch to give his statement for his complaint registered in 2016.

The actor had been asked to visit the Crime Intelligence Unit (CIU) at the Commissioner’s office, an official reportedly said.

In 2016, Roshan had filed a complaint alleging that someone impersonating him was emailing Ranaut from bogus email id. However, Ranaut claimed that the said email id was given to her by Roshan and that they have been communicating through the same id till 2014. The emails were allegedly exchanged in 2013 and 2014.

Hrithik and Kangana had worked together in the 2010 film Kites and then in the 2013 film Krrish 3. In 2016, Roshan had sent a legal notice to Ranaut after she referred to him as a silly ex. But, Roshan denied having any kind of relationship with his Kites co-star. He also claimed that she had been sending him absurd emails. In 2016, Roshan’s laptop and phone were taken by the Cyber cell for investigation.

In December 2020, the case was transferred to Criminal Intelligence Unit(CIU) on a request made by Roshan’s lawyer Mahesh Jethmalani.